Daily Direct Flights Resume to Greece as Americans Allowed Back


Greece, along with 2 other EU/Schengen nations have already reopened for American tourists and airlines are in a hurry to resume direct flights to keep up with demand.

Delta is the first North American airline to resume direct flights from the U.S. to Athens since American tourists have just been allowed back in Greece after over a year of being locked out.

The direct flights, which depart daily, will resume from JFK to Athens starting May 28, 2021.

Another daily direct route will start July 2nd from Atlanta. Both routes will feature the Wi-Fi-equipped, 293-seat Airbus A330 that has economy, premium economy, and lie-flat business class seats.

Greece is positioning itself to be this summer’s hot spot destination, especially for vaccinated American tourists. Greece is currently one of the very few European countries open for American visitors, accepting proof of vaccination for entry instead of testing/quarantines, which is a very attractive vacation option.

While Greece doesn’t fully reopen to all countries worldwide until May 15th, Greece reopened early for American tourists on April 19th, along with travelers from the United Kingdom, Serbia, Israel, and the United Arab Emirates, as a ‘test run’ for their upcoming general tourism launch.

No tests or quarantines needed for vaccinated tourists

Visiting as a vaccinated tourist will almost be as easy as it was pre-pandemic. Testing or quarantine is not required for travelers who have been fully vaccinated for at least 14 days.

Don’t have the shot? Greece is still allowing non-vaccinated tourists to enter but requires them to bring proof of a negative PCR test, taken within 72 of arrival.

Other EU/Schengen nations currently open for American tourists includes Croatia and Iceland. Soon Spain and France will also be joining the list.

Delta will also resume and expand its flights to Reykjavík, Iceland for vaccinated travelers, with brand new service from Boston and returning service from JFK and Minneapolis/St. Paul starting in May.

United restarts its EWR to Iceland flights on June 5th.

Any American traveler that can show proof of being fully inoculated will be permitted entry into Iceland. They will also be exempt from having to provide proof of a negative PCR test to enter.

However, upon arrival, passengers will be tested at the airport (free of charge) and asked to isolate 4-24 hours for results.

For American tourists that want to head to Croatia, direct flights will be available on United starting July 8 from EWR to Dubrovnik.

American tourists have three choices when entering Croatia. They can either show proof of a negative test, proof of vaccination, or proof of recovery.

President of the EU commission Ursula von der Leyen made a breaking public statement Sunday, April 25, giving positive affirmation that American tourists will once again be allowed to travel to and within the entire European Union, so long as they are fully vaccinated.

A start date has yet to be announced, but once it has, airlines in the U.S. will likely resume dozens of EU routes for the summer season. 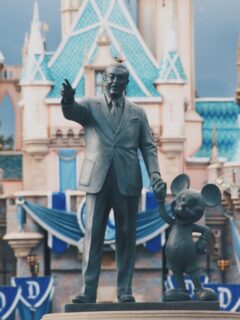 Previous
Disneyland Reopens, But Don’t Pack Your Bag Yet 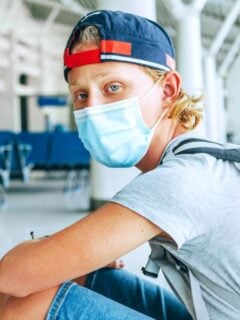 Next
TSA Extends Its Mask Requirement For Transport Until September
Click here to cancel reply.

What are the hoops to jump through and hurdles to clear to get back into the US?

Not much! Just a simple Antigen test before your flight home

I am not sure if I could go back to Schengen prices, after Eastern Europe and Turkey. Sticker shock. They can keep shut and contemplating their crumbling economies as far as I care.