American Assaulted at Resort in the Dominican Republic

In a recent viral Facebook post Tammy Lawrence-Daley has gone public regarding a nightmare event that happened at the Majestic Elegance resort in the Dominican Republic.

According to her Facebook post, the Delaware woman describes how she was kidnapped and then brutally beaten in a maintenance room before being dragged to an underground waste water area. Her story tells the gruesome details of being strangled, kicked in the head and beaten for over eight hours.

Lawrence-Daley claims she was attacked by a hotel employee because she remembers seeing him in a uniform with the resort logo on it. She has accused the resort of refusing to claim responsibility for the incident.

She said the attack occurred on her second day at the resort at about 10.30pm when she stepped out of her room to get a snack and take photos of the moon from the beach.

She recalls telling her husband that she would be back in five minutes but Lawrence-Daley said she ended up going missing for eight hours.

Lawrence-Daley said she remembers being ‘plowed into from behind’ and felt her attacker’s arms around her as he pulled her into a nearby unlocked maintenance room.

‘”I fought with everything I had at that moment. He was too strong. The next eight hours brought me pain and fear,” she said.

Lawrence-Daley said she can remember being strangled multiple times and that she repeatedly fell unconscious.

“I was kicked in the head, I was beaten with a club. And then strangled again for the kill; at which time he disposed of my body into an area I refer to as the ‘hole’,’ she said.

“I was unconscious multiple times during this savage attack, so I have no idea what else was done to me during that time. Somehow I survived.”

In her post Tammy Lawrence-Daley went on to warn other women of the dangers. “This man thought he killed me, but he failed. He is still out there, a predator, waiting for his next victim. Only the next woman may not be so fortunate.”

“Please, please do not walk alone. These attacks are happening too frequently and the criminals are NOT being prosecuted even though evidence is found. Victims are not being compensated for medical or pain and suffering, and the resorts are not held liable.” said Lawrence-Daley

“Majestic Elegance didn’t offer to reimburse us for our vacation, let alone my current medical bills. Litigation went nowhere. Stories are being squashed.
When you are in unfamiliar places, or even in familiar places, please remember…be smart, be safe.” Lawrence-Daley concluded.

The original post by Lawrence-Daley has had an outpouring of supportive comments.

One comment read “Thank God you survived to tell your story . I pray they find this monster and he pays for what he’s done. I’m so sorry you have gone through this“

Another commenter shared “I am so sorry you had to go through this. It’s so sad that people think they can do this and get away with it. My prayers are with you and your family for healing not only of the body but also the mind and soul this man tried to steal from you. You are so strong and brave to make this public.“

Lawrence-Daley, 51, told PEOPLE. “I’m in a place in my healing that I felt strong enough to be able to share it without breaking down and without worrying [about] what others are going to judge me.”

“I’m at the point where I feel strong enough that I want to get this information out there because women need to understand they can’t walk around by themselves,” she adds. “I hate to say that, but it’s the truth. What I went through, I would never wish on anyone.”

The U.S. Department of State has issued a travel advisory level 2 for the Domincan Republic “exercise increased caution”.

This is due to a rise in violent crime, including armed robbery, homicide and sexual assault.

The Canadian Government also has a travel advisory in place to Exercise a High Degree of Caution.

"Women travelling alone may be subject to some forms of harassment and verbal abuse. Incidents of assault, rape and sexual aggression against foreigners have occurred, including at beach resorts. In some cases, hotel employees have been implicated. Exercise caution when dealing with strangers or recent acquaintances be wary of rides or other invitations avoid taking public transportation or walking alone at night."

A similar story from Canadian Christine Dayman says she was sexually assaulted by a security guard at an all-inclusive resort in Punta Cana on the last night of a week-long family holiday May of 2018.

The Toronto-area woman went public as well to warn travelers, after a security guard at a Dominican Republic resort raped her and the hotel “did nothing” to investigate — an occurrence she believes is all too common. In her case she immediately reported it to the hotel as well.

"No one called the police. No one offered to show me pictures to identify the security guard. I wasn't offered medical attention ... The only thing they offered me was late checkout."

Be sure to refer to your local government website for more tips and advice on staying safe while abroad. Important tip for women include: 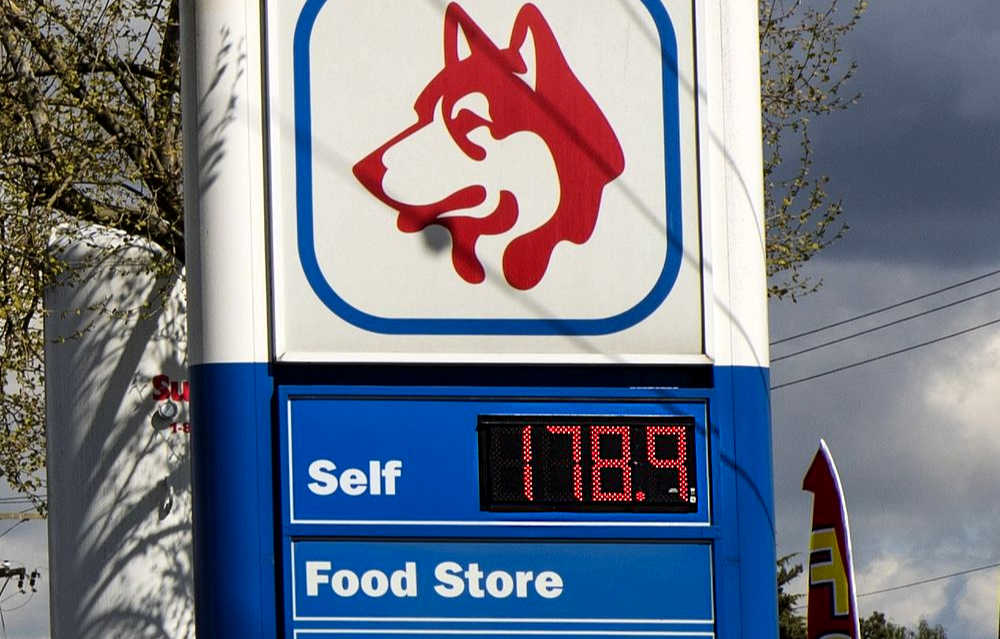 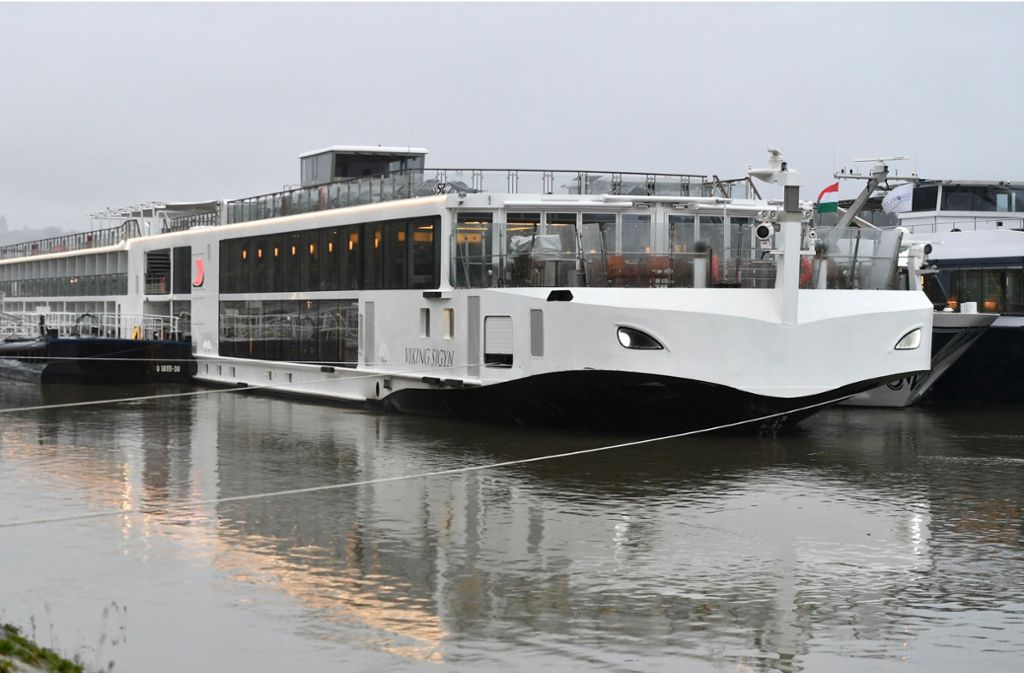 Next
Viking Cruise Ship Involved in Accident That Kills 7 and 21 Are Still Missing
Click here to cancel reply.

I agree with the commenter who said it is safer to vacation within the USA. This includes men as well as women.

I'm sorry to say this and I really hope it is not true but in this day and age, ppl. are saying and doing all kinds of crazy shit that is shocking. I did question some things when I heard this story. If this is indeed true it is truly sad. I really hope this is not another hoax and that someone else did this to her. I have family who go to the DR, I have family who have friends living in the DR from other countries and they said the Resorts are the safest place to be. It is when you leave the resort that it can be dangerous. Again, not to say that it is not possible, but it is highly unlikely. For someone to have their uniform on, do this crime on the resorts property for 8 hours not fearing getting caught or someone coming to use the maintenance room, seems strange to me. They must be a very bold stupid person to risk that. Plus no report of robbery that I read. not even a stolen necklace or ring. don't know what to think of this. Who ever did beat her up should be under the jail. Terrible!

It is absurd to think this hotel or any other in the Dominican Republic would ignore an attack of this grade. The country depends on tourism and is one of the most - if not the most- popular and pleasant places to visit.

I would venture that the criminal was a foreigner dressed as a hotel worker. I am Dominican also and we are known for the best hospitality in the industry. Our village will neither harbor nor protect any criminal knowingly - even if it turns out to be our own family. This individual will be caught and he will be sorry if he hasn't flown out of town by now.

My cousin was shot and killed. Just outside punt cana

my friend was killed in las vegas shooting. 58 dead, 422 wounded and the ensuing panic injury total 851. think I'll go to the DR again

I’m Dominican, currently living abroad but travel back at least once a year. I think I have even stood at this resort for New Years a few years back. This story seems fabricated. Yes DR can be dangerous... however on resort properties highly unlikely. Go to booking or any of those hotel sites and check the reviews for this resort. She probably got beat up by her husband.

Adrian, you are a sexist douche. Peopl like You are the problem with DR and other run down countries that rely on tourism to survive. Once you wake up and realize the real problem, the country stands a chance at redemption. Until then you can bury yourself in the sand along with all the other asswipes in denial of the reality of your sad country.

Your pathetic and should be ashamed of such comments. Honestly if it’s so safe why don’t you stay there!