The Canadian Prime Minister, Justin Trudeau, has signaled a potential end to the border restrictions between the United States and Canada.

During a press conference on Monday, Justin Trudeau told the St. John’s Board of Trade Outlook Conference that all travelers would need “to be fully vaccinated” before entering Canada. In addition, the Prime Minister said his main priority is preventing a fourth wave which would be devastating for morale and the economy.

Justin Trudeau pointed to the fact most parts of Canada have low case rates and high vaccination. He also suggested the low cases and vaccinations will be “reassuring a lot of people who maybe want to travel but don’t want to put their families at risk.”

The Prime Minister told the conference that he prefers a gradual relaxation of border restrictions, instead of a speedy re-opening, adding: “We are looking at how we’re going to start welcoming up tourists in a phased way as the numbers come down in Canada, as the numbers start to come down in the United States and elsewhere around the world.”

These comments are consistent with Justin Trudeau’s message throughout the pandemic, where the Prime Minister has taken a slow and steady approach to the border opening. However, he also claimed yesterday that “we’re on the right path, but we’ll make our decisions based on the interests of Canadians and not based on what other countries want.”

A Border Reopening In June

In recent weeks, there has been a lot of discussion around the border opening on June 22nd. As of yet, there has been zero confirmation that this will be the case. The Canadian government has continually claimed that the country must vaccinate 75% of its population to open the borders.

Nonetheless, based on the current official data and Canada’s goal of vaccinating 75% of the population before the border reopens – Canada will hit that target by July. Once they’ve hit the target, you can expect pressure to open the border for non-essential travelers.

Even if the 75% vaccination goal isn’t met on June 21st – which looks unlikely – they could still announce a date on June 21st for an early July reopening. Of course, that is all speculation, but the signs are encouraging.

Both nations have been analyzing the data on a monthly basis since the start of 2021. But there has been no official announcement on the border opening despite lots of speculation and political pressure from US senators and members of Justin Trudeau’s own political party.

The Thoughts Of The Locals

According to a recent poll conducted by Ipsos survey, almost 8 out of 10 Canadians want a vaccination passport for international arrivals. However, one of the biggest issues is different countries having different rules.

That said, talks and speculation on the US/Canada border are intensifying by the day. As vaccination rates rise between the two countries – and with the continued economic damage of the closed border – it’s not wishful thinking to expect an official date and announcement in the coming weeks on the reopening of non-essential travel. 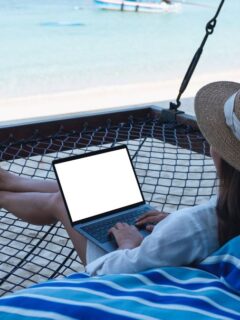 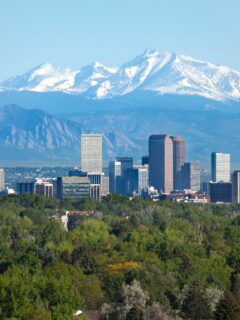 Next
Top 7 Reasons to Visit Denver this Summer
Click here to cancel reply.

"According to a recent poll conducted by Ipsos survey, almost 8 out of 10 Canadians want a vaccination passport for international arrivals" Those polls are useless and hard to believe when it doesn't stem from multiple sources. But assuming that 80% of Canadians favor some sort of a Public Health Apartheid, it is worth pointing out that this contravenes with the Nuremberg Code which explicitly prohibits any form of coercion regarding experimental medical intervention. Here we are witnessing how, under a democratic system, the indifference of a majority jeopardize the rights of a minority regardless of human rights and international law.

I have Canada vaccination story fatigue, just staying away from Canada until they come to their senses, and if that never happens, so be it.

The USA needs to apply a lot of pressure it’s the only way. Also the nhl travel exemption is totally unfair , one set of rules for different class of people.

Considering the announcement by Air Canada that they will start COVID-tested flights from Montreal and Toronto to Rome on July 2, which will allow passengers to avoid the 10-day quarantine in Italy, it appears the general sentiment is for a re-opening of international travel from the beginning of July. Because there is no point for a Canadian to go to Italy and avoid quarantine there if they are to be hit with a 14-day quarantine (and a $2000-3000 mandatory hotel stay) once they get back to Canada.

Good news! Hopefully Europeans are allowed back soon as well. I can't wait to visit Canada again! That is, in 2022 at the earliest.