Canada adopts one of the toughest border entry restriction procedures in the world by effectively shutting down all inbound and outbound travel and now requiring citizens returning home to quarantine in a hotel until they can prove they are negative for the virus.

PM Justin Trudeau announced this morning during a press conference that he is taking extreme measures to ensure the safety of Canadians. While Trudeau acknowledged that fewer than 2% of all Covid cases are linked to international travel, he still believes 2% is too many to ignore.

Trudeau had been suggesting on social media for the past week that tougher measures were coming, and indeed they are here. Announcements included:

→ WestJet, Air Canada, Air Transat and Sunwing will be suspending all flights to sun destinations effective Sunday January 31, 2021 until at least April 30, 2021

→ Starting Monday Feb 1, 2021 all international flights must only land at these 4 airports: Vancouver, Calgary, Toronto, Montreal

→ Mandatory government-approved hotel quarantine while passengers await PCR results, for approximately 3 days, for an expected cost of $2000 per traveler 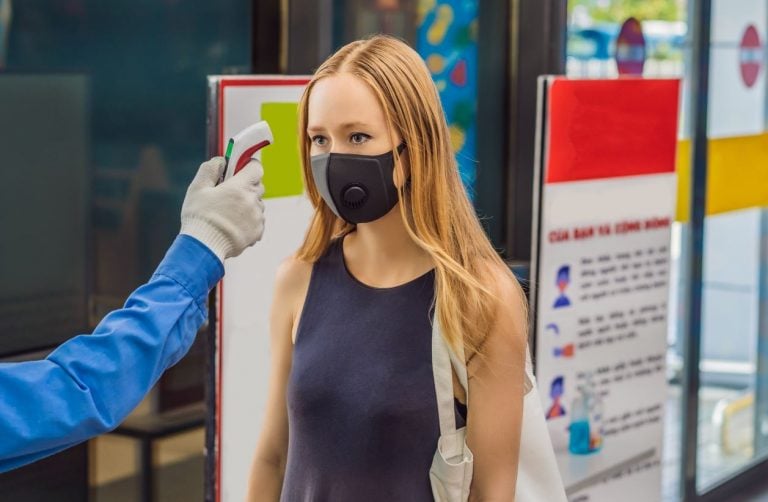 One at the hotel quarantine, passengers that receive negative results will be able to transfer to complete the rest of their 14-day quarantine at home. However, travelers with positive results will be sent to a designated government facility for further testing and to ensure they are not bringing in a new variant of the virus.

The hotel quarantine is to be implemented “as soon as possible in the coming weeks” according to Trudeau’s Facebook post.

Only a very short list of other nations have enacted such tough restrictions on its own citizens returning home, including Australia, New Zealand and South Korea. 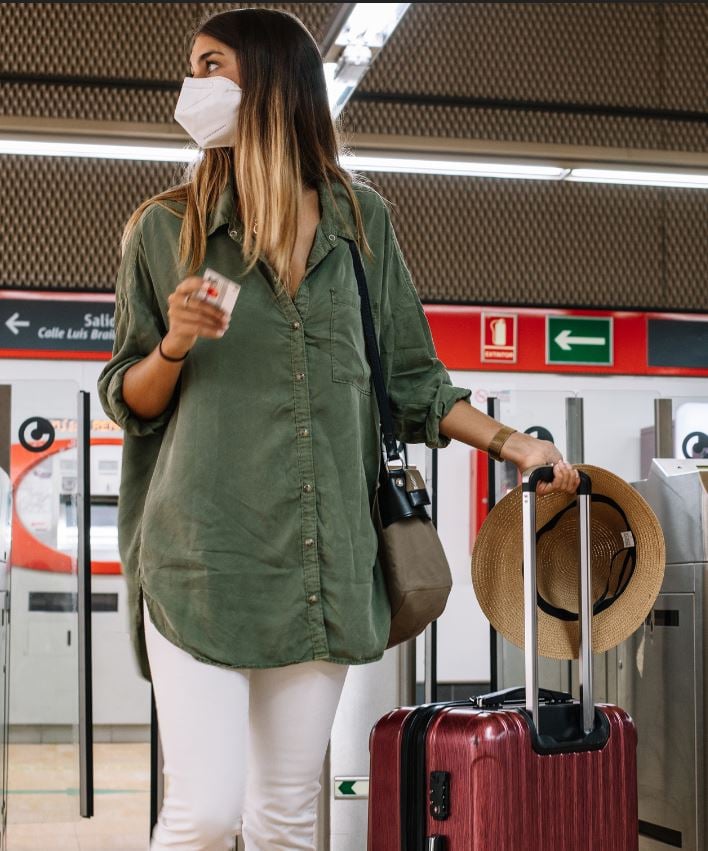 All four of Canada’s international airlines are participating in the vacation-destination flight ban.

“The government asked, and we agreed,” said Ed Sims, WestJet President and CEO. “While we know that air travel is responsible for less than two per cent of cases since the start of the crisis, and even less today, we recognize the Government of Canada’s ask is a precautionary measure. We also note that the overwhelming majority of quarantine exemptions, well over 90 per cent in fact, are connected to land borders and not air travel. We have responded to their request and will suspend service to destinations in Mexico and the Caribbean.”

Air Canada today said that, beginning January 31, it is temporarily suspending flights to Mexican and Caribbean destinations for 90 days in response to ongoing COVID-19 concerns, particularly during the Spring Break period.

Affected customers will be offered full refunds given the services are being suspended with no alternative available.

Air Transat’s site currently reads: “Following measures announced by the Canadian government, we are suspending our regular operations from January 29 to April 30, 2021. For our customers currently at destination whose return flights were scheduled during this period, please rest assured that we’re working on a repatriation plan, the details of which will be posted shortly on our platforms.”

Those hoping to arrive back home through the land border should also expect changes. Another announcement that was made was a warning that more restrictions will also be coming to passengers arriving back home through land borders, which have since been exempt from bringing a negative PCR test result in order to enter the country.

Trudeau stated: “We will also, in the coming weeks, be requiring nonessential travelers to show a negative test before entry at the land border with the US, and we are working to stand up additional testing requirements for land travel,” 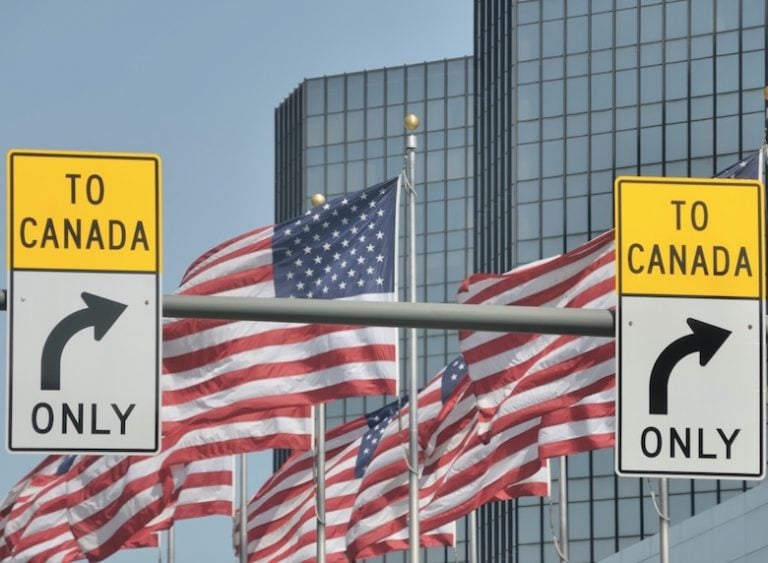 Trudeau’s announcement of flight suspensions to/from sun destinations starting this Sunday only give Canadians abroad less than 72 hours to try and find routes home before possible flights might completely disappear until April.

Trudeau stated airlines will “be making arrangements with their customers who are currently on a trip in these regions to organize their return flights,” but with such short time frames, and not all customers abroad on round-trip vacations, the demand versus supply is expected to be an issue. 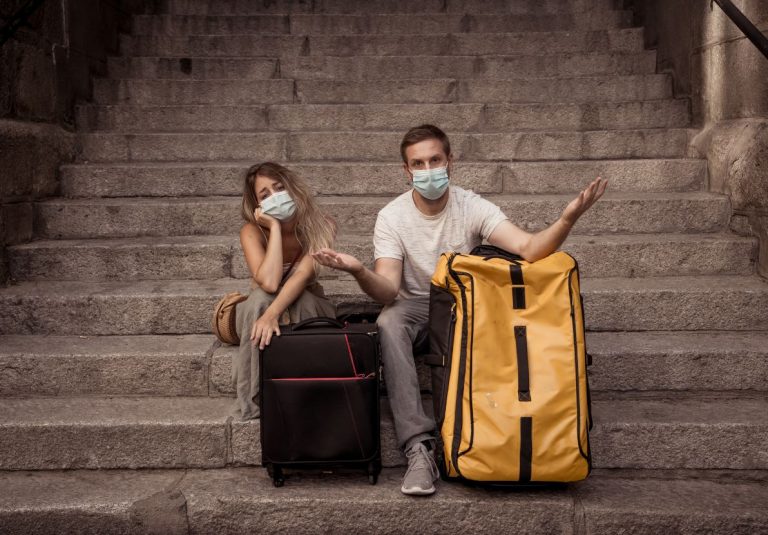 Some critics asked why ban flights to only popular vacation destinations like Mexico while not including a European flight ban, where virus variants are also rampant.

On the other side, the strict flight ban to the Caribbean, Mexico, and other sunny southern destinations effectively stop Canadians from being able to travel, which many believe is against their rights, as not all travel is done for tourism or leisure purposes.

No Word on ‘Test To Release’ Pilot Program

Trudeau did not mention if Calgary’s ‘test to release’ pilot program will still be in effect, which allows passengers to get tested on arrival, do a 2-3 quarantine, and then have another test that releases them early from quarantine. With the new hotel measures and increased restrictions, it’s very likely the Calgary program will be suspended.

Edmonton airport was just about to announce the launch of their own ‘test to release’ program starting on February 1, which has likely also been suspended.

To summarize entry rules into Canada: 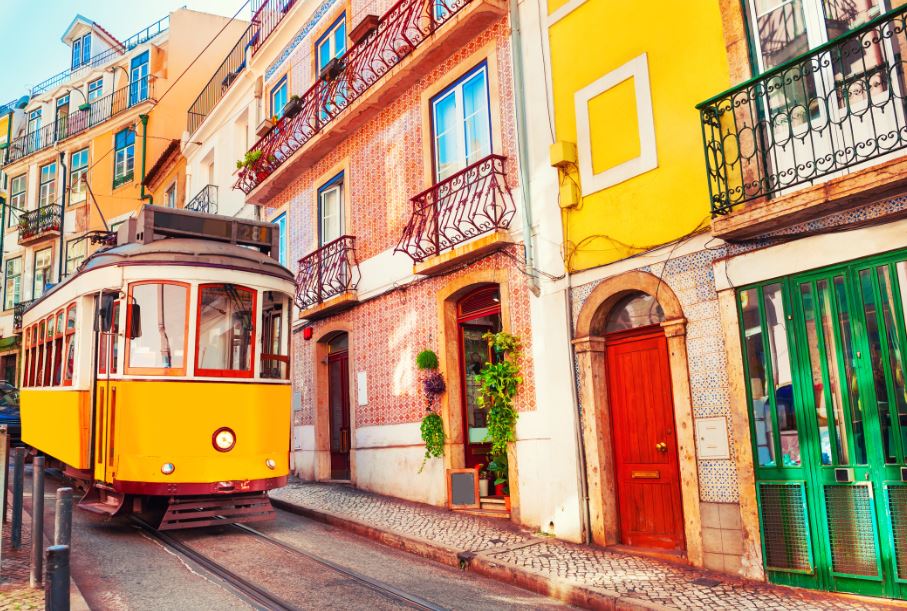 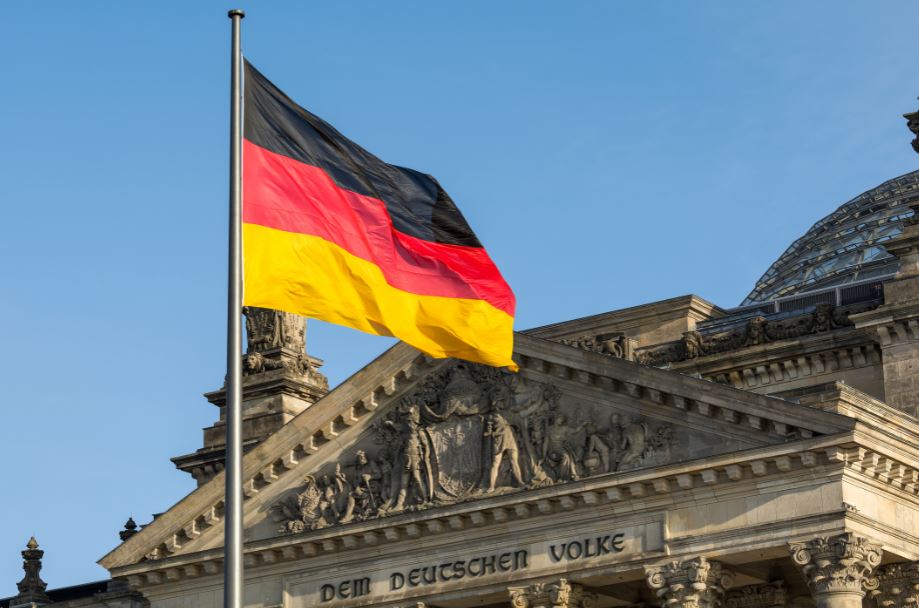 I hope the Canadian people remember all this next election but I doubt it.

When I went to spain last time to see my girlfriend we took the opportunity to make our partnership legal. This made traveling from Canada to spain easier and less stressful to see my new wife.

Now that I am legally married to an EU resident , is there a way out of this 3 day hotel quarantine? Who can I call ?

Just to note : I have always on my return from Spain done my 14 day quarantine And have also done pcr tests before boarding planes

No Leon, being married to an EU resident would not exempt you from Canada's entry requirements - I can't see how that has anything to do with it.

The reason why Trudeau is suspending flights to Mexico is because Mexico never closed its borders and never imposed entry requirements which resulted in Mexico tourism industry to prosper. Since Obrador is not doing anything to destroy its economy like his northern counterparts, Trudeau is trying to do it on his end. But he will fail.

Majority of fellow travelers are in agreement that move is unethical at the best. Question is what can anybody do about this? Is there a class action? petition? Please inform, we can't do nothing or it will never end. Covid- 20 next?

Kashlee, your site is head and shoulders above everything else on the web for up to date covid travel information, I guess you guys know it. I've been checking it all year. My sense is that the $2000 is just a number to scare people, and may be close to zero in the end. In March I called all the border agencies to know the cost of their 14 hotel quarantine from YVR, and they are instructed not to answer (that it was free) what the cost would be. Trudeau is pretty dim, however generous when it comes to Canada's money. If I had to travel to Canada soon, (God Forbid) would go to Seattle, then overland.

Thank you so much Garry, we really appreciate the compliment ;) We've been working very hard this year non-stop to get everyone this ever-changing travel news! What a time! Part of me wants to side with you on this. I am hoping it is a scare tactic to make vacationers return now and stay home, so let's hope that is the case. $2k+ per person is too high for people needing to return to their country that were not simply sun-seeking.