Top 10 Most Stressful Airports In The U.S.

Long security lines, crowded airport terminals, and delay after delay, we’ve all had stressful experiences at the airport. This summer saw unprecedented travel chaos, and the holidays look set to be equally hectic. As we cap off a record-breaking year for travel, knowing which airports are the most stressful can be helpful.

Avoiding these airports altogether may not be possible, but knowing that you should be prepared for more stress can be beneficial when planning your trip. Luckily, a recent study has determined the top 10 most stressful airports in the U.S., giving insight into which airports travelers should be more wary of.

The study, conducted by Hawaiian Islands, analyzed Google reviews for over 500 airports from all over the world for reviews that talked about stressful situations and events. Interestingly, the study found that just because an airport is extremely busy doesn’t necessarily mean it will be more stressful than others.

For example, Atlanta’s Hartsfield-Jackson Airport is the busiest travel hub in the world. Yet, it just barely made the list at number 10. So, what are the most stressful airports in the U.S.?

Top 10 Most Stressful Airports In The U.S.

As the list shows above, just because an airport is busy doesn’t necessarily make it more stressful than others. ATL and ORD are two of the busiest airports in the States, yet they are at the bottom of the list. The study notes that many reviews regarding the worst airport, Albany International, warn other travelers to “fly using JFK or LaGuardia if they have the option.” One of the reasons cited included unhelpful or even rude airport employees.

While it would be great to avoid stressful airports altogether by using a different one, that isn’t possible for most passengers. Lack of airport options forces many travelers to deal with stressful airports due to having no other choice. However, there are several things you can do to limit the amount of stress you feel at the airport. 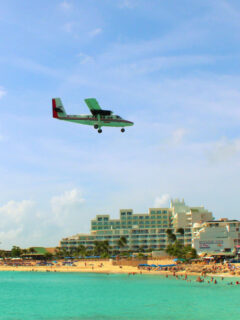 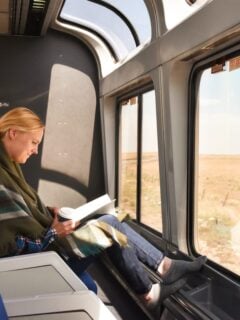 Next
Amtrak Offers Sale On Trains Across The U.S. And You Can Actually Bring Your Car
Click here to cancel reply.