As tourists continue to flood Cancun and the surrounding Mexican Caribbean, the Mexican Government has deployed over 300 armed forces members to the Cancun area to combat the increasing crime rate and protect tourists. Tourist safety is a top priority, as tourism accounted for 8.6% of the country’s GDP in 2019. As tourism increases to pre-pandemic levels and beyond, the percentage is expected to rise above 8.3% in 2022 as the world emerges from the pandemic.

Even as costs in Cancun for food and accommodation have risen almost 150% over 2021, the region’s popularity has done nothing but grow. This is proven as flight offerings continue to increase. Now, 44 U.S. cities offer direct flights to the area, compared to just 33 flight offerings before the pandemic. Three and a half million visitors, mainly from America and Canada, are projected to visit Cancun over July and August. Due to overwhelming demand from tourists, Mexico has been working to increase its police force, making the arrival of 300 armed forces members a welcome addition for both the Government and visitors.

According to armed forces officials, the new deployment will prioritize tourist hotspots in the northern region, including Cancun, Tulum, and Riviera Maya. Organized crime groups in these areas will be targeted by the armed forces through the use of intelligence services.

The newly deployed group of 300 armed personnel comes after steady increases throughout the year. There are now approximately 4000 armed personnel throughout the Mexican Caribbean. Although violent crime affecting tourists is rare, hotels and businesses have urged authorities to take a stronger position against violent crime after the death of two tourists from Canada in June.

The most common crimes affecting tourists in Cancun and surrounding areas are the same as they should expect elsewhere. Pickpocketing, street scams, and other petty crimes will be the ones tourists will most likely face, if at all. Keeping your valuables safe, sticking to hotel and resort areas, and refraining from walking alone at night are all steps that visitors should consider taking to protect themselves from becoming a statistic.

Travelers interested in visiting Cancun should take precautions just as they would anywhere else in the world. The surge in crime, especially violent crime, is certainly enough to make one think twice. However, even though the numbers may be worrying, most visitors shouldn’t be too concerned. Only a very small percentage of violent crime affects visitors, with most homicides related to organized crime. An unfortunate side-effect of Cancun’s growth in popularity is that it also makes the region more appealing to crime groups. The drug trade has only grown in the area as more tourists seek out illicit substances while on vacation.

Interestingly, the rise in violent crime in the area is not even a concern for local residents, furthering the point that most visitors should not have too much to worry about. In a study by the Quality of Life Association, residents ranked their top concerns for the area. The rising homicide rate did not even make it into the top 10. Residents understood that most of the violence in the area never happens to the average person and is primarily related to criminal organizations. Most residents said that their most significant concern concerning crime was being robbed by common criminals.

Visitors should take note of local residents, concerning themselves with the crimes that are most likely to affect them on vacation, such as petty theft. Whether true or not, criminals often assume tourists have a lot of money, smartphones, and other valuables. Practicing basic safety principles while in Cancun and the Mexican Caribbean can make a huge difference in preventing yourself from becoming a statistic. If traveling to the area, it is important to be aware of the risks, stick to resort areas, a remain aware of your surroundings. Stay in touch with friends and family so they know your whereabouts, and save local emergency service’s telephone numbers on your phone. 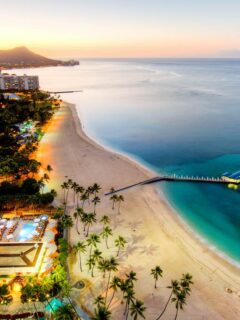 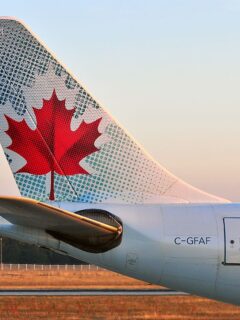 Next
Canadian Airlines Accused Of Making Up Excuses To Avoid Compensation For Travelers
Click here to cancel reply.

Governmental organizations such as police are the main criminals. If the crimes don’t affect tourists, why call in the army? Also, if you happen to be stopped by the police for traffic violation, as a tourist, you have the right to receive a courtesy violation, which is defined in Article 241 of the Transit Regulation of the State of Quintana Roo.

And why would I want to vacation here? Sorry, but there are plenty of far safer destinations that don't have fully armed military on the beach out of necessity. No thanks.