After officially entering the European Union in 2013, Croatia will be joining the Schengen Zone and adopting the Euro in January 2023.

Croatia has grown swiftly in the past decade as a top tourist destination in Europe, attracting visitors with its stunning coastline, picture-perfect towns like Dubrovnik, and lush national parks.

The country is known as a popular yachting and sailing destination, as well as for being one of the main filming locations for Game of Thrones.

Now, as of January 1, Croatia will complete its entry into the European Union as it adopts the common Euro currency and becomes a part of the Schengen Zone.

Here’s what this means for travelers visiting Croatia in 2023:

1. Americans will be subject to the 90 days rule in Croatia.

This is an area made up of 26 countries (mainly EU countries and some non-EU countries like Norway, Iceland, and Switzerland) in Europe.

Americans may only spend 90 days out of every 180 days in the Schengen Zone as a tourist.

2. You won’t need to show ID when traveling from another Schengen Zone country.

Now that Croatia is joining the Schengen Zone, it will allow for free travel between Croatia and all other Schengen Zone countries.

Borders will be eliminated between Croatia and neighboring Italy, Slovenia, and Hungary, who are all part of the Schengen Zone.

It’s also now possible to travel uninterrupted all the way through Croatia to Dubrovnik. Previously, travelers had to drive through a small stretch of Bosnia and Herzegovina in order to reach the popular destination of Dubrovnik.

This was a major reason that Croatia was unable to receive Schengen Zone status.

However, a new bridge has been constructed that connects Dubrovnik to the rest of Croatia without having to cross a foreign border.

Although not directly tied to Croatia switching from the Croatian Kuna to the Euro, prices are expected to go up next year in Croatia.

The Croatian Kuna has already been pegged to the value of the Euro for years.

However, prices have increased dramatically over the past decade as Croatia has grown into a tourism hotspot.

Croatia has also experienced drastic inflation over the course of 2022, like many countries around the world.

All of this, combined with Croatia becoming a more accessible vacation destination, may cause prices to increase even further in 2023.

4. Some countries in Europe still aren’t part of the Schengen Zone or Eurozone.

Although Croatia was just approved, Bulgaria and Romania, two other members of the EU, were rejected from joining the Schengen Zone, with concerns about illegal migration cited as the reason for rejection.

These two countries have also not yet adopted the Euro, despite being part of the EU. Additionally, Denmark, Sweden, the Czech Republic, Hungary, and Poland still use their own currency instead of the Euro.

Additionally, a number of European countries including Bosnia and Herzegovina, Serbia, Montenegro, North Macedonia, and Albania are not part of the EU or the Schengen Zone.

For now, these countries are still good places to go while waiting for your Schengen Zone time to “reset” (and they’re great destinations in their own right!) 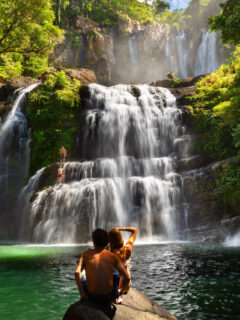 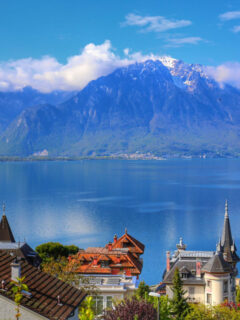 We have republican I'd is this valid to travel I. Another Schengen country

It is worth noting that countries don’t need to be ruled under the EU díctate and still enjoy the convenience of being part of the Schengen zone. Those lucky countries are Switzerland, Norway and Iceland.

@Christian, lol those countries only accepted schengen due to the fact that they need EU migrants over there because there is only old folks there even with all the child benefits. Also the only reason that they don't wanna be EU ( Norway and Iceland) is because they don't want their fishing market to be regulated under EU laws. However, they pay to the EU but they don't receive funding. Nevertheless They are nicer than British that wants all the benefits and don't want to pay.

Thanks for the info, Dale. Fantastic pictures & a very good article. Yep, since Croatia was not part of the Schengen Zone, my wife and me spent 3 months renting an apartment in Zagreb - using it as a home base to take day and overnight trips to towns & villages. We love Zagreb, the culture and traveling to many places & sites. Then, we would take a overnight bus to Verona, Italy and enjoy another 3 months traveling to Venice, Florence & Rome from our home base in Verona. Maybe some of the EU nations signatory to the Schengen Agreement may consider waiving the 90-day 'in & out' requirement when Americans who have health insurance coverage & are not a burden to their health system; rent an apartment; shop with locals; use public transportation ad travel within the country are contributing $$$$ to their economy. What's the harm?

No harm in any way b

@Michael Z (Midtown NYC), Arrangements such as you suggest are reciprocal, so you get treated as the US treats your country....