8 Unique World Heritage Sites To Add To Your Bucket List

If you have been to the Grand Canyon, the Eiffel Tower, and the Great Pyramids, you might be wondering: what’s next? For those travelers who are looking for a truly unique adventure, it might be time to get off the beaten track and explore these eight amazing UNESCO world heritage sites.

At the summit of Mount Nemrut in Southeast Turkey, you will find the mausoleum of King Antiochus I (69–34 B.C.). The tomb was constructed as a dwelling place for the gods, and giant statues of Greek and Persian deities line the terraces on either side. Head out at sunrise or sunset to snap a glorious pic of the larger-than-life godly heads along the hillside.

The Reefs of New Caledonia

For some of the best snorkeling, sailing, and scuba diving in the world, this little-known island is an oceanic oasis. In the French Pacific Ocean, the archipelago of New Caledonia has one of the most extensive reef systems in the world. The pristine reefs host an array of fish and sea life such as turtles, whales, dugongs, and more.

The Purnululu National Park in Western Australia is best known for its unique landmark -The Bungle Bungle Range. These beehive-like rock formations are best seen from above via helicopter but also make a great hiking destination. Start with a stroll along the 2km Cathedral Gorge trail through the natural amphitheater of red rock. Then – if you’re feeling adventurous – explore the gorge system with its 30km of hiking trails and camp out under the stars.

For nearly 300 years, the ancient city of Polonnaruwa was the capital of Sri Lanka. Buit in the 12th century, all that is left of the garden city are ruins and intricate carvings. Venture into the ancient city on a bicycle to conveniently make your way through the ruins from the Royal Palace and King’s swimming pool to the enormous Brahmanic statues. Enjoy the luscious surrounding nature and admire the hand-carved stone art.

Follow in the footsteps of the infamous T.E. Lawrence (Lawrence of Arabia) as you explore the exotic Wadi Rum desert. Hike through the sand dunes with a Bedouin guide, scale some of the world’s best rock climbing sites, or ride a camel through gorges and along towering cliffs. The desert has plenty of interesting archeological and historical sites to explore with petroglyphs and ancient inscriptions depicting the area’s wildlife.

If the desert is a bit too hot for your taste, cool off in Historical Þingvellir National Park. Don’t let the name fool you, Iceland is home to some of the most beautiful green valleys, cliffs, and waterfalls in the world. This national park is the perfect spot for camping, hiking, horseback riding, fishing, and even diving in the two submerged rifts in the National Park, Silfra and Davíðsgjá.

Far from civilization, in the jungle of Madagascar, the majestic limestone landscape of the Tsingy de Bemaraha is a one-of-a-kind sight. The needle-like stone peaks and surrounding jungle flourish with wildlife including bats, rare birds, and endangered lemurs. Seasoned hikers can trek the Andamozavaky trail through the forest and rocky pinnacles while leisurely travelers float down the Manambolo river keeping an eye out for crocodiles.

Constructed in the year 900 B.C, the ancient city of Tikal National Park is known as the greatest city in the Mayan world. Surrounded by dense jungle, the city contains the ruins of temples, palaces, and towering stone pillars adorned with carvings and glyphs of the ancient Mayans. The surrounding Maya Biosphere Reserve is home to toucans, parrots, monkeys, and countless other animals. 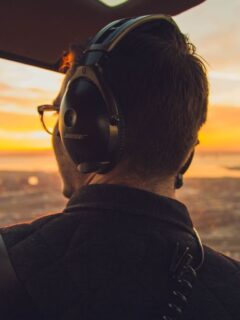 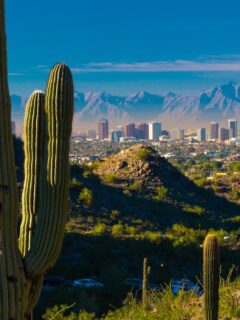 Next
Top 10 Places To Visit In Phoenix, Arizona
Click here to cancel reply.

Thanks for the tips! The ones in Jordan, Iceland and Madagascar I've enjoyed already, please note that in Madagascar entrance with a guide is mandatory in all national parks. The 'Tsingy de Bemaraha' can be quite dangerous sometimes, so enjoy but be careful :-).