Air Canada Relaunches Flights To 34 Destinations Around The World

Air Canada has just announced that they will be relaunching flights to thirty-four destinations around the world – starting from next month (March).

With the Covid-19 pandemic having put a halt to many of their international flight routes – including flights to some Caribbean destinations – Canadians will once again be able to take to the skies with non-stop flights to Europe, Africa, the Middle East and Asia.

Which Canadian cities are relaunching these international routes?

The thirty-four relaunched international routes will leave from the following four Canadian cities.

When will these flights begin to relaunch?

From as early as next month (March) – with non-stop flights departing from Toronto to the cities of Tel Aviv (starting 1 March), Paris and Amsterdam (starting 2 March). Montreal International Airport will see their relaunched flights resume from the end of next month (March) – with non-stop routes to Rome, Lisbon and Athens being the first to resume.

The main international airports in Halifax and Vancouver will also see the resumption of their international flight schedules to London (Halifax) and Frankfurt, Dublin and Zurich (Vancouver) – starting from April and May, respectively.

Which international cities are Air Canada resuming flight routes to?

The thirty-four international routes will see Air Canada fly to thirty-four cities from the likes of Africa, Europe, the Middle East and Asia – with the destinations listed below.

Africa and the Middle East
From Montreal to: Tel Aviv; Cairo; Casablanca; and Algiers.
From Toronto to: Tel Aviv

Asia
From Toronto to: Tokyo
From Montreal to: Tokyo

Are these routes being offered all-year-round?

Yes, some of the routes will be offered as year-round services – from the following airports in Canada to the below cities.

From Toronto to: Tel Aviv; Paris; Amsterdam; Vienna; Tokyo; Copenhagen; and Madrid.
From Montreal to: Casablanca; Milan; and Tokyo.
From Halifax to: London.

Along with the relaunch of the above international routes – which are sure to prove popular with Canadians looking to travel to the wide-variety of long-haul destinations on offer – the nation’s biggest domestic and international airline has also announced some new North American routes. Starting from 20 May, the airline will be offering non-stop flights from the following Canadian airports to the below cities in the United States.

From Montreal to: San Diego; Seattle; Atlanta; Detroit; Minneapolis; and Nashville
From Vancouver to: Austin
From Toronto to: Salt Lake City

Air Canada will also be resuming a further 41 North American routes – which had been suspended due to the ongoing covid-19 pandemic. The company will be offering the largest network of flights in – and around North America – compared to any other Canadian commercial airline.

This is sure to be exciting news for not just the airline itself – which is set to return to 90% of its pre-pandemic capacity in the region of North America – but also to travelers that are looking to explore more of Canada and the United States of America.

And, with Canada announcing that they are dropping PCR testing for International arrivals effective from March 1st – instead asking international travelers to show proof of a 24-hour negative ‘rapid’ antigen test – there is real hope that travel will begin to look more like it did in pre-pandemic times. 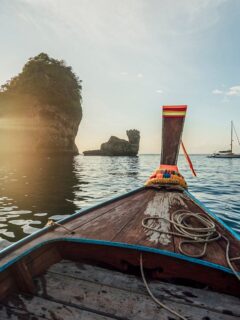 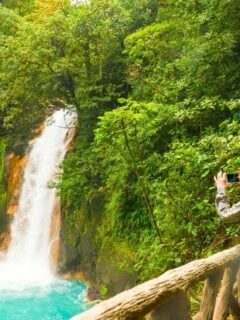