American Airlines and JetBlue will be officially launching their partnership by offering nearly 80 codeshare flights and 33 new routes to their customers.

Codeshare flights will allow customers to book eligible flights directly through the website of either carrier.

The airlines decision in forming a partnership is predicated on providing travelers with better travel choices and routes in a busy Northeast region, while also receiving an opportunity to showcase their brand to more travelers.

“This is the first step to delivering the best customer proposition with the biggest network in New York and Boston. In the months ahead, we’ll continue to create a seamless experience that’s easy for our customers, supports our communities and leads to more growth for our team.”

On behalf of JetBlue, Head of Revenue and Planning, Scott Laurence, added:

“Our alliance with American opens the door for JetBlue to successfully enter into new markets, introducing more choices and our award-winning service and low fares to more customers. The alliance is also essential to getting our planes back in the air profitably and crewmembers working again.”

American’s alliance with JetBlue was initially announced last July, with a review completed by the Department of Transportation (DOT) last month.

Of American’s 18 new routes, six will be international and fly out of New York’s John F. Kennedy Airport (JFK) to:

American’s 12 new domestic routes will include:

JetBlue’s 15 new routes are scheduled to begin in July and will include:

Codeshare Flights to Begin Next Week

Codeshare on international flights are expected to be available for purchase soon.

Members of both American’s AAdvantage and JetBlue’s TrueBlue programs will be eligible to earn points or miles on either carrier.

Additionally, customers will be able to redeem points or miles with either carrier in the near future, while the opportunity of recognizing American’s AAdvantage elite members and JetBlue Mosaic customers across both airlines is being explored. 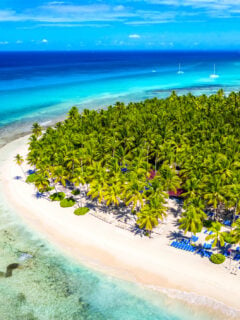 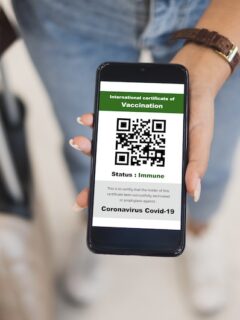