Americans Can Now Scan Their Way Into Cancun For Faster Immigration

Mexican authorities are determined to make international travel a lot easier for Americans flying over for their yearly break. As of January, U.S. passport holders are officially allowed to use e-Gates landing in the Mexican Caribbean’s top vacation spot. Essentially, this means they can simply scan their way into Cancun for faster immigration.

Cancun International Airport is smashing all sorts of records heading into the New Year. After witnessing an extraordinary surge in daily arrivals in the last months of 2022, totaling over 30 million visitors throughout the twelve-month period (more so than any other coastal hub in Mexico) it is now set for a historical, much busier 2023.

Luckily for sun-seekers, they will be out of the airport and relaxing by the poolside lounge in no time – contrary to initial expectations:

Americans Are Now Eligible To Use e-Gates Arriving In Cancun

After months of preparation, Cancun airport officials have finally launched a new electronic immigration system, in hopes of speeding up ID checks and increase security at the external Mexican border, amid a rapid increase in the number of inbound travelers. But what does this actually mean for Americans going on vacation?

In sum, holders of valid passports are eligible to use new self-service kiosks arriving from the United States, Canada, or other low-risk departure points*. Among other things, the measure will ensure wait times are kept to a minimum, and tourists have the smoothest experience possible traveling to Cancun.

*We are not sure, at this point, this applies to all visa-exempt foreigners arriving in Mexico

Historically, Cancun International has been Mexico’s most tumultuous airport. On numerous occasions, it failed to limit crowing at arrival halls while operating well above capacity during peak seasons, not to mention the bureaucracy travelers faced at the border, which normally involved filling out now-defunct entry forms and undergoing thorough interviews.

When it comes to e-Gates, Mexico’s strict immigration laws infamously prohibited the use of digital machines to process international visitors. Even though the technology has been available for decades, the kiosks remained turned off at Cancun International – that is, until a late 2022 trial confirmed they are both safe to use and able to streamline screening.

Upon implementation of a digital border, the processing of information can be completed in only 30 seconds, an encouraging finding that may have influenced the Government to change their stance and take further steps to increase satisfaction rates among passengers. Now, not only immigration queues will be significantly shorter:

Airport transfers will also be much more efficient.

Travel To Cancun Is A Lot Smoother Than It Was

Due to extensive construction on the main boulevard linking the airport to Downtown Cancun, traffic jams have been greatly reduced, allowing vacationers to travel to and from the airport stress-free. As you can see, the roll-out of e-Gates is only the latest in a series of measures designed to improve the quality of service in the zone.

It is worth noting this is conditional upon successful e-Gate scans. In order to avoid blocking the queue and having to contact airport staff for help, Americans should:

Unless they are selected for a spot check, and provided they have followed all of the steps described above, the border gates should open immediately upon scanning. During the transition period, visitors may still be required to speak to an immigration officer to get their passports stamped, as proof they have entered Mexico legally.

All around the world, however, border guards are slowly being replaced by e-Gates, as hesitancy around the technology fades, and it proves a useful tool against staffing constraints. Elsewhere, Americans can already scan their passports for faster entry in select airports of several European countries, such as the United Kingdom, France and Italy. 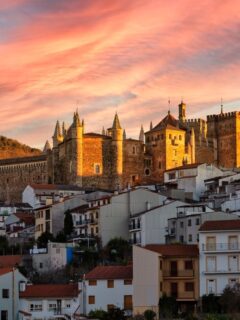 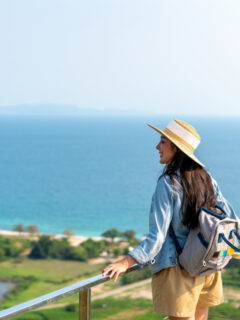 Next
7 Of The Top Destinations To Visit In The World For 2023 According To CNN
Click here to cancel reply.

Anyone been through there lately on a weekend and can comment on how good (or bad) Customs and Immigration was with these new machines in terms of wait times?

more like save 2 hours. if so, this would be a great improvement

What the EFF do I care about saving ten minutes in a line or having a "smooth experience" if I can't even get my passport stamped??? If these machines are so "smart" then can't they also stamp our passports (with CLEAR ink ALL THE TIME) or at least issue a landing slip?

delayed my trip until 2024...cross my fingers, less folks then.