Amsterdam’s Schipol Airport and London’s Gatwick Airport have announced that they will limit the number of flights for the summer travel season due to labor shortages. The decision from two of the busiest airports in Europe means that airlines will need to cancel an undetermined number of flights. The move comes after passengers across Europe have been missing flights due to staff shortages, with some customers missing their flights even after arriving several hours before their scheduled departure.

As Europe continues to reopen to welcoming tourists, travel demand has skyrocketed. However, due to layoffs from the pandemic, most airports and airlines are understaffed and aren’t ready to meet the current level of demand. Travelers headed to Europe this summer are advised to have contingency plans in place, as the chances of a missed flight are much higher this summer than in years past. Schipol and Gatwick airports are, unfortunately, no exception. So what does each airport plan to do?

In a press release from June 16th, Schipol Airport stated that they have reached out to airlines, informing them of the need to limit the number of passengers allowed to depart from the airport each day. The airport went on to say that for the months of July and August, it can only handle 67,500 and 72,500 passengers, respectively. In the press release, Schipol cites a tight labor market as one of the primary reasons for its decision. Specifically, the airport is short-staffed in its security forces, leading to long lines and missed flights for summer travelers.

“Setting a limit now means that the large majority of travelers will be able to travel from Schiphol in a safe and responsible way.” CEO of Schipol, Dick Benschop, said in the press release. Passengers who’ve waited in line for hours only to miss their flights may agree with Mr. Benschop. Schipol has been in consultations with airlines over the last few weeks and stated that all stakeholders have committed to ensuring minimal consequences to travelers from Schipol’s reduced capacity. Travelers affected may be booked for a flight on an alternate day or even reschedule to fly to a different airport.

Following Schipol’s announcement, Gatwick Airport stated in a press release on June 17th that it would also limit the number of flights into and out of the airport throughout the summer. The airport will limit the number of flights in July and August to 825 and 850, respectively. Gatwick’s typical August has about 900 flights operating on peak days. Similar to Schipol and airports worldwide, Gatwick cited labor shortages as one of the primary drivers for its decision.

A review of airlines and other companies based at Gatwick found that many companies are operating while severely understaffed. If Gatwick had not made the decision to limit the number of flights, passengers would see long lines, poor service, and cancellations for the rest of the summer. Gatwick is hoping to combat this with its plan to reduce the number of daily flights seen.

What Should Travelers Expect?

Ideally, the decision of both airports will lead to a more familiar experience for travelers passing through Schipol or Gatwick. By reducing capacity, the airports will be able to do more with less, providing a more efficient service as it tries to meet the growing demand for post-covid travel. Whether the plan will work remains to be seen, as the new limits have just been introduced.

Travelers who are heading to Europe this summer should plan for the worst in case of a canceled flight. Purchasing travel insurance, having money set aside for emergency flights, and extra cash for a few additional unplanned days abroad are all recommended for this year’s summer travel season. Also, travelers should be aware of their passenger rights in Europe and the United Kingdom. 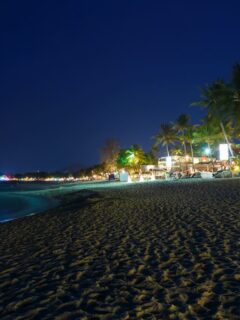 Previous
U.S. Warns Tourists To Be Cautious After Dark In Cancun, Playa Del Carmen And Tulum 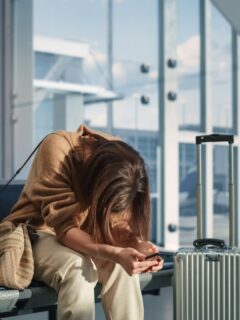 Labor shortage doesn’t make sense considering the high percentage of unemployment. There is more to it that the mass media is trying to hide, such as vaccine symptoms affecting pilots flying at high altitude. Now that every pilot is vaccinated, it will take time to train new unvaccinated pilots. In some countries they won’t even be able to train new pilots because they basically vaccinated 100% of their population.

Maybe just hire the unvaccinated back that were fired for zero reason.

Qusetion, labor shortage what happened to the people that did the job before the so called shortage.