All four of Canada’s major airlines have now extended the suspension of sunny destination flights until at least June 2021. Air Canada was the latest airline to join the announcement today, confirming they will also be grounding flights to and from Caribbean vacation hotspots.

The suspension first came into effect on January 31st and was expected to last only until April 30th but will now be renewed for another 2 months in some cases.

The new expiration dates by airline are as follows:

The suspended flights are mostly in place to discourage leisure travel to southern Caribbean areas like Mexico, Jamaica, and the Dominican Republic, as Canada grapples with its third wave alongside a comparably insufficient vaccine rollout. Lack of demand is also a factor for the four major airlines, which have seen an unprecedented drop in bookings due to Canada’s prohibitive and demanding entry requirements for returning citizens.

Only ‘vacation routes’ are being affected

Air Canada will still be flying select routes to business and transport hubs south of the border, including Kingston, Mexico City, and Bridgetown, but states the flights are not intended for tourism.

Air Canada is also maintaining routes to Europe and Asia for essential travel.

The sunny destination flight suspension has curiously never included flights to or from the United States.

On January 31st when the suspension was first enacted, many Canadians were bewildered at why flights to places like Orlando, Los Angeles and Hawaii weren’t also included, especially as U.S. case numbers continued to eclipse those of Canada’s. Reports soon followed of Canadians using U.S. hubs in order to reach destinations like Mexico and Jamaica.

Now that the epidemiological tables have turned and Canada overtakes the U.S. in daily case numbers per capita, the flight suspension extension will still not include daily flights back and forth to American cities. Canadians will continue to use U.S. hubs to either get to the southern destinations they need to reach or return back to Canada from abroad, like in the case of many snowbirds.

The Canadian tourism industry can’t see a rebound happening until the government complies with a more realistic border policy that will allow the safe resumption of travel.

Ed Sims, WestJet President and CEO is hopeful the Canadian government will transition its policy as more citizens are vaccinated.

“We continue to advocate for the replacement of mandatory hotel quarantines with a testing regime that is equitable and consistent with global standards at all points of entry into our country. Alongside an accelerated and successful vaccine rollout, this policy transition will support the safe restart of travel and help stimulate the Canadian economy, where one in ten jobs are tourism-related.”

Despite Canada’s entry requirements being some of the toughest in the world, the nation is still struggling with record-high case numbers. With data showing that 1% of cases are being introduced by arriving travellers, questions are being posed on why such strict measures still exist at the borders instead of focusing on community spread or vaccination efforts.

The Tourism Industry Association of Canada is pleading with the government to replace its harsh entry requirements, which includes up to 4 PCR tests, a 3-day stay in a mandatory hotel quarantine and a 14-day quarantine in total, with a more scientific approach.

“Countries around the world have amended their approach to quarantine using evidence-based data that supports reduced quarantine and an increased testing regime as a more effective way to protect populations,” said TIAC President and CEO Beth Potter “We believe Canada needs to rethink quarantine rules and invest in rapid testing and contact tracing.”

Flight suspensions may protect the southern destinations more so than Canada

Many of the sunny destinations effected by the suspended flights have substantially lower case numbers of Covid-19 than Canada, notably now that Canada has surpassed both Mexico and the United States for daily covid cases per capita. Other than the lost tourism dollars, the destinations receiving the blow of suspended flights may actually benefit from the lower risk of not having Canadian tourists potentially spread new cases within their borders. 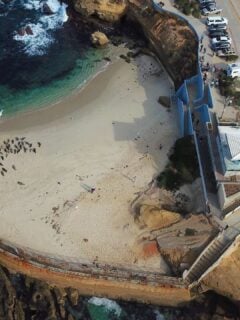 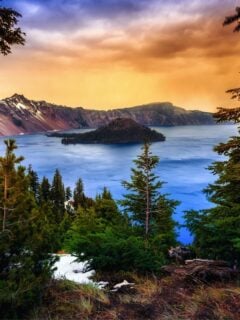 I am flying to the US soon and coming back through the physical border. it's not very hard.

The federal government have suspended all the flights to sun destination affecting Canadian travel industry but they still letting enter flights from New Deli that have brought to Canada 28 people infected with the new variant.

There was a flight on Sunday to Jamaica by Air Canada. We are being snowed! Check YYZ arrivals to see flights coming and going out of TO

Yes, AC is still flying to Kingston for business and essential travel

Maybe Dr Henry should have shut our province down completely last yr when this all started! It's crazy for sure, but lockdowns don't do a damn thing! It's proven!!

This is total bull***". All flights should be cancelled. This is just a mean-spirited smack in the face and a complete disregard for the mental health of those who suffer SAD and arthritic conditions exacerbated by winter weather. Unless all flights to and from ANYWHERE are stopped the excruciatingly small amount of cases being seen with travel will not stop. Completely ill thought out knee jerk reaction with virtually zero impact on Covid but devastating consequences to businesses and families impacted by job loss. I don't see Mr. Trudeau calling for an election now.