We’re now in the last throws of summer, with temperatures dropping quickly, especially if you’re further North than most. And as the weather shifts gradually towards winter climes, it might be time to start thinking about a holiday season getaway.

Luckily, if you’re a Canadian, low-cost airlines Flair and Swoop have both announced winter schedules with a heavy emphasis on sunny destinations in Mexico, the Caribbean, and the Southern United States.

Swoop, currently the country’s leading low-cost carrier has heavily increased its flight schedule from Hamilton Airport, around forty miles from Toronto in the city of Hamilton, Ontario. The new flights on its schedule are set to begin at different times over the Christmas break and offer high-frequency options to seven sunnier destinations.

Swoop will also be building on existing routes with major tourist destinations like Cancun and Las Vegas all receiving additional flights. Cancun, now one of the most popular destinations on the planet, will now be connected to Hamilton with three weekly flights running at $239, the most expensive of the new or additional routes.

Orlando, home to some of the world’s biggest tourist attractions like Disney World and Universal Studios, has the cheapest routes available, as well as the most frequent. Flights to the central Florida destination are running as low as $99 CAD for a one-way with four flights available every week.

Las Vegas also has four flights running a week, with the price set at around $120 CAD for a trip to Sin City and its wealth of desert based casino fun. Puerto Vallarta, and St Petersburg, FL, both get some extra attention too, with the latter getting three flights a week for around $139 CAD. Puerto Vallarta is only running once at $199 CAD.

While some of the destinations included on its schedule are similar to Swoop’s, it does offer some interesting alternatives, like Los Cabos on Mexic’s west coast. Flights are running from Vancouver, Abbotsford, and Edmonson starting at around $199 CAD.

Orlando also receives some attention again, with some super cheap flights starting at an unbelievable $79 to Floridian city. Those routes will run from the likes of Kitchener, Toronto and Ottawa.

The company’s Toronto to Cancun flight is especially cheap, coming in at $109 CAD for a one-way flight to the popular beach destination. It should be noted those prices are inclusive of all taxes and fees. Although, as with all budget airlines, you should anticipate baggage fees as well as other sneaky add-on costs that add up quickly if you’re not prepared.

Flair’s also adding flights from London to Tucson, Arizona, as well Los Angeles from Edmonton. Prices for those flights are all in similar ballparks to those previously listed. 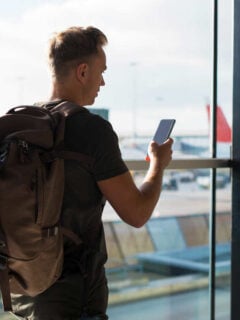 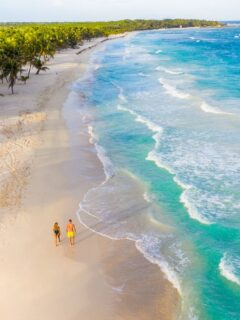