Cancun Has Regressed To An Orange Traffic Light Designation

Cancun is edging closer to the highest alert level possible on Mexico’s epidemiological traffic light system. Further restrictions will be implemented in the hope that a red light designation can be avoided.

The Governor of Quintana Roo announced that from the 24th of January until the 30th, the designation would be classified as orange. The change will be a regression after two weeks in the yellow zone.

Cancun received millions of visitors over the winter period from across the world who are drawn to the seaside resort by its relaxed rules on COVID. The economic success of that period of time is now hampering the outlook for the region.

Omicron, the newest strain of COVID, is extremely quick-spreading, and the sheer volume of tourists left Cancun and Quintana Roo as a whole with skyrocketing infection rates. Several hospitals in the area were approaching full capacity while restaurants and hotels were left short-staffed as their workers came down with infections.

The yellow traffic light saw capacity reduced in most areas of the tourist industry with hotels seeing a 60% capacity limit, and establishments like bars and nightclubs being fully closed unless they served food.

Bars, nightclubs, breweries, and other similar businesses are still required to be closed, and those that have managed to work around the rules will be looking at 50% or less capacity.

Restaurants and hotels are now looking at 50% capacity, a tough number to deal with after seeing relative success at 60%. A further loss of ten percent represents a good amount of financial hit, and smaller hotels and restaurants, in particular, will be feeling the pinch.

The more worrying scenario is a continuation of the current trends leading to a further regression to the red level. Red would see a drastic drop in capacity and functionality across the entire economic spectrum. Even essential services would be limited in this case.

Restaurants would be forced to function at a 15% capacity, and would no longer provide dine-in options. Take out or delivery would be the only option in this case. Hotels would also be limited to 15%, leaving a massive hole in each establishment’s business. It is unclear what the protocol would be for those guests who have already booked rooms in a hotel during this period. In the yellow designation, some hotels were given permission to host around 20% more. Again, it was unclear what criteria had to be met for this to be allowed, but hotels will most likely be hoping that a similar system may be in place to lessen the blow.

The rates have been increasing steadily, and the Governor’s warning was suggestive that Quintana Roo is on the path to red. The designations are based on infection rates, hospitalizations in the region, and the statistical trajectory that both factors suggest.

The recent yellow designation did little to put off tourists. Most hotels were still showing the maximum capacity for the time, but another significant change in local restrictions may prove too much for even the most unworried of tourists. Many tours may be canceled, reorganized, or split into smaller groups due to the new restrictions, and an increasing rate of infection may prompt added worry of a vacation spent in self-isolation.

Many higher-end hotels have prepared for this instance, and offer self-isolation packages if a guest tests positive while on the premises.

Anyone intending to travel to Quintana Roo in the near future is strongly advised to check in on their hotel booking and any other reservations they have to ensure there are no cancellations. 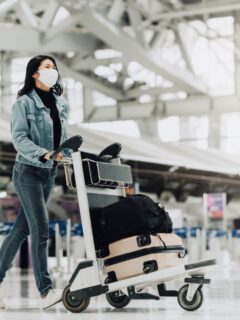 Previous
WHO Urges Countries To Relax Entry Rules For Travelers 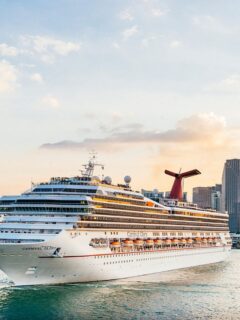 Lol, lots of colds then? Omnicronblabla has been proven to be insignificant...

@Jc, yes, less severe but much more contagious. Consequently, more people are sick, missing work, even if it is only for 5 days.