The cruise industry is well and truly on the mend. After a tough two years being the world’s litmus test for pandemic normality, the industry’s popularity is once again soaring.

The industry spent the better part of the pandemic under one of the harshest industry lockdowns in the world. Many feel cruise lines were disproportionately impacted compared to airlines and other modes of transport. This was mainly due to its unfortunate role in the early days of the pandemic.

The world’s first look at the infection was onboard a cruise ship, which turned into a super spreader event, leaving several passengers dead. It then attempted to reopen, rebranding itself as the safest way to travel. It failed once again as more and more ships continued to find themselves with outbreaks.

But with life almost returning to normal for cruise ships, we can expect the rates to begin climbing again soon too. But that doesn’t mean there aren’t some unbelievable deals to be found on the high seas.

While onboard regulations have been dropping month over month, general hesitation means that Fall sailings aren’t quite as heavily booked as many of the companies would like. The data has prompted many of them to launch some outstanding sales to help lure customers into the last of the vacant cabins.

In fact, if potential cruisers look in the right places and have the flexibility to choose the best sailing, they could find themselves at sea for as little as $26 a night. Remember, if you haven’t been on a cruise before, that’s not just your bed. That’s your cabin, your food, and even your entertainment. That’s a ludicrous deal.

The amazing $26 deal in question is with Carnival Cruises. That particular sailing leaves from Miami on the 28th of November for a four-day Bahamas trip. It’s currently being listed as $104 per person for the entire trip. The ship being used will be Carnival Conquest.

The same company has another trip listed on the same day at the same price point. This time, the ship leaves Port Canaveral, also bound for the Bahamas for four days. Carnival Liberty will be the ship for this sailing.

Other lines are getting in on the action too. Holland America has an October 24th sailing leaving from Vancouver, British Colombia. The five-night trip along the Pacific Coast will only cost $179 per person, which works out to roughly $36 a day.

For those able to get to Europe quickly or for those already based there, MSC Cruises is hosting a six-night sailing from Barcelona around the Mediterranean. The price for this cruise is set at only $299, or about $50 a day. The cruise is set for November 6th.

Back in Florida once more, a massive seven-night sailing with Holland America is leaving Fort Lauderdale on November 27th. The sailing will run at $299 per person per booking, which comes out to around $46 a day for the Caribbean trip.

It is important to remember that cruise ships do come with a slew of fees that aren’t always disclosed in the advertisements. In fact, they never really are. These can run from about $100 to $200 per person per sailing. Alcohol will not be included in these prices either, so if you’re a drinker, plan ahead with your packages if they are worth it to you.

Regardless of the fees, cruising remains (especially when using these deals) a far cheaper alternative than hotels in most cases. There are few hotels (if any) that will let you see the Caribbean with food and entertainment included for such a comparatively small price.

Keep up with cruise line deals for the best prices at any given time. Being flexible is the key to scoring the lowest prices, as most of the best deals are on specific days and usually weekdays. Remote workers, those with good time off plans, and even retirees should definitely make themselves aware of any potential deals.

With cruises finally back to normal, there’s no better time to jump on board. 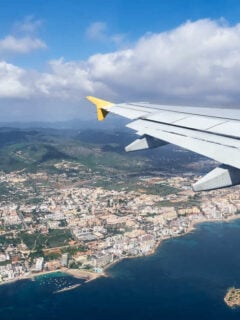 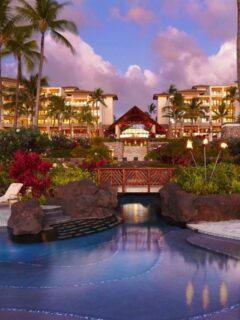 Next
Top 7 Hotels In Maui This Fall
Click here to cancel reply.