In what has been called “a miracle” by the U.S. Coast Guard, a man who fell off a cruise ship in the Gulf of Mexico on Thursday has been rescued after being alone at sea for more than 15 hours.

The man was a passenger on Carnival Valor, which set sail from New Orleans on Thanksgiving eve and was heading to Cozumel in Mexico. The passenger was said to have been drinking at the bar with his family when he stepped away around 11 pm to use the bathroom but never returned.

The guest was reported missing to the cruise line by midday the next day, and by 2.30 pm, Coast Guard Sector New Orleans had received a call from the cruise ship reporting the guest as missing. Several rescue crews were deployed, and it wasn’t until around 8.25 pm (almost 6 hours since the call and 22 hours since he was last seen) that he was rescued. He is said to be in stable condition.

The 28-year-old was last seen 22 hours earlier, but it has not been determined how long he had been overboard. Lt. Seth Gross, a search and rescue coordinator for the USCG, told “CNN This Morning” — that it could have been more than 15 hours.

“We are beyond grateful that this case ended with a positive outcome,” said Lt. Seth Gross, a Sector New Orleans search and rescue mission coordinator, in a statement. “It took a total team effort from Coast Guard watchstanders, response crews, and our professional maritime partners operating in the Gulf of Mexico to locate the missing individual and get him to safety. If not for the alert crew aboard the motor vessel CRINIS, this case could have had a much more difficult ending.”

The six-hour search included all available resources in the area, with three separate coast guards — a small boat from Venice, Florida, a helicopter from New Orleans, and airplanes from Clearwater, Florida, and Mobile, Alabama. The search extended more than 200 miles in the gulf, while water temperatures on Thursday night were said to be above 70 degrees.

Aircrew from bulk carrier CRINIS managed to observe a person in the water, where the Jayhawk aircrew was sent to the area and hoisted the man onto the helicopter to transfer him to emergency medical services at the New Orleans Lakefront Airport.

Lt. Seth Gross told CNN This Morning that the time the man was in the water was “the absolute longest” he had heard about, and he considered it a Thanksgiving miracle. In his 17- years of service, he detailed he had never seen anything like it, adding it “blows the normalcy, out of the water, and really just shows the will to live is something that you need to account for in every search-and-rescue case.”

Passengers aboard the Carnival Valor were not told about the man’s disappearance until he had been found. Their arrival time for the port of Cozumel, Mexico was delayed, so the ship could turn around and help the rescue search by retracing its route. The ship has now resumed its trip towards Cozumel.

According to Emma Cruises, around 25 people, on average, fall off cruise ships per year. In 2019, 29 million guests took a cruise ship, and 26 people fell overboard, which makes your chances of falling overboard around 1 in 1.4 million and very unlikely. Keep in mind that railings on cruise ships have been built to chest height, so accidents are rarely the cause of cruise ship design.

What Is The Procedure for Cruise Ships If Someone Goes Overboard?

If the passenger is seen going overboard at the time, the cruise ship will activate a button that pinpoints the place where the person went into the water, so it is able to return to the spot (since it can take at least a few minutes for it to turn around).

The captain is required to issue an emergency broadcast to their crew to inform them that a passenger has gone overboard, while the cruise ship will turn around as soon as possible and perform a search and rescue operation. Other boats in the area are required to help, as well as the closest maritime authority.

What Are Tips For Avoiding Instances on Cruise Ships 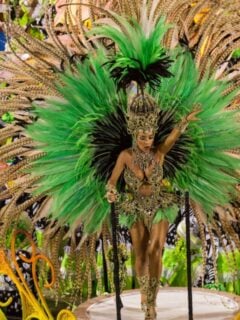 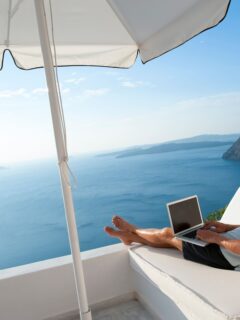 Next
Greece Has Launched A Digital Nomad Visa, But Is It Worth Applying?
Click here to cancel reply.