Delta Airlines will soon offer a new way to the airport with electric shuttle flights taking passengers on quick trips between home and the airport. Partnering with Joby Aviation, a developer of electric vertical takeoff and landing aircraft, the air taxi service will initially target New York and Los Angeles airports.

This new partnership will be a collaboration between the companies, with Joby operating and integrating its fast and sustainable airport service into Delta’s booking platforms. The service will become a premium offering for Delta customers who are traveling through the city airports.

“Delta always looks forward and embraces opportunities to lead the future, and we’ve found in Joby a partner that shares our pioneering spirit and commitment to delivering innovative, seamless experiences that are better for our customers, their journeys, and our world,” said Delta CEO Ed Bastian in a Delta press release on Tuesday. “This is a groundbreaking opportunity for Delta to deliver a time-saving, uniquely premium home-to-airport solution for customers in key markets we’ve been investing and innovating in for many years.”

The airline has made an initial investment of $60 million in Joby, with a total investment promise of $200 million if the partners achieve the milestones set. The partnership will span over five years following the official launch and will cover the U.S., and U.K. Delta is one of the latest airlines to make investments in electric vertical takeoff and landing vehicle startups, following in the footsteps of American Airlines and United Airlines, who have each made $25 million in investments.

Where will the air taxi service drop me?

During a media briefing, Joby’s founder and CEO, JoeBen Bevirt, said the four-passenger aircraft would be able to land and take off from neighborhood vertiports, which are dedicated areas for VTOL aircraft. Due to the vehicles’ electric propulsion and minimal noise, it would allow for stations near customers’ homes. Vertiports would also be located close to airport terminals with future goals to eventually land on the tarmac to save even more time. According to Bevirt, a trip that would normally take one hour to John F. Kennedy International Airport would take approximately 10 minutes in the air.

When will the service be available?

This will be dependent on when Joby receives additional certification from the Federal Aviation Administration, but both companies have their eyes set on 2024. Joby’s aircraft has already taken 1,000 test flights and was the first eVTOL company to receive a G-1 (Stage 4) Certification Basis from the FAA. Joby will also be offering a separate ridesharing service outside of its commitment to Delta with an earlier agreement to integrate its service into the Uber app across all U.S. launch markets.

Why did Delta choose New York and Los Angeles airports?

Delta has been investing heavily in these cities over the years and unveiled part of its joint $4 billion investment at LaGuardia Airport and joint $2.3 billion investment at Los Angeles International Airport this year. The air taxi service will begin in New York and Los Angeles, but both companies have hopes for the service to expand to other cities around the U.S. and eventually overseas.

Joby’s aircraft has been crafted to fly fast, quiet, and sustainable flights in and around cities. According to Joby’s website, the aircraft take off and land vertically and is powered by six electric motors. With a design comparable to a quiet helicopter, the vehicle has been described as getting into an SUV instead of boarding a plane. The green alternative can achieve a top speed of 200 mph and has zero operating emissions. The process will be designed to be seamless and wait-free, adding to other innovative solutions to speed up the airport transport process. 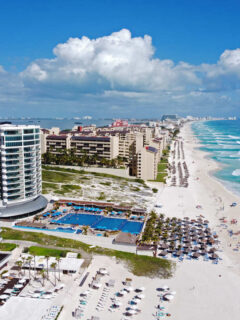 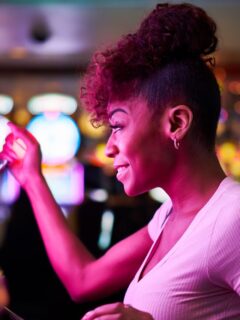 Next
Bermuda Will Open Its First Ever Casino On The Island
Click here to cancel reply.

Wow - excellent news, Nicolin. I live in Midtown Manhattan. A trip to JFK Airport going over the 59th Street Bridge - many times takes a half hour or more just to cross the East River from Manhattan to Long Island City, Queens. This is great as stated in your post = "According to Bevirt, a trip that would normally take one hour to John F. Kennedy International Airport would take approximately 10 minutes in the air". I think the line for Delta's electric shuttle service may be very, very, very long.