This spring, direct trains between New York and one of Canada’s most beautiful cities will start running again for the first time in three years. During the pandemic, cross-border tourism between the U.S. and its northern neighbor effectively came to standstill due to strict entry regimes and health requirements.

Fortunately, Canada has now fully reopened, welcoming Americans irrespective of immunization status. As a result, demand for travel has surged to unprecedented levels, leading airlines to launch new flights from the U.S. and transportation providers to restore train routes that had been suspended amid the crisis.

From 2023, New Yorkers will have yet another option available for a weekend getaway to Canada:

Direct Montreal Train Is Being Revived In Early 2023

As reported by the Montreal Gazette, trains between New York and Montreal, the number one city in the Canadian province of Quebec, will relaunch in 2023. A popular service prior to Covid hitting, it was discontinued immediately after Canada’s borders shut down for tourism in March 2020.

However, now that the country has reinstated normality, Amtrak looks set to re-inaugurate the route. The news was shared by Garry Douglas, CEO of the North Country Chamber of Commerce, who confirmed U.S. Senator Kirsten Gillibrand has held a meeting with Amtrak leaders to ensure the line will be operational come spring.

According to Douglas, the return of the Adirondack train, which operates on the 328-mile long track between New York and Montreal is ‘yet another overdue step toward normalizing cross-border travel that was so interrupted by the pandemic‘. In 2019, 117,000 passengers made the 10h42m journey from the Big Apple to the Quebecois heartland.

It represented a five percent increase from 2018, but naturally, after social curbs were enforced, tourist numbers dropped dramatically, having yet to reach pre-pandemic levels despite Canada’s reopening. Resuming the cross-national Adirondack route would provide a much-needed boost to Montreal’s battered tourism sector.

Montreal is one of the prettiest cities in Canada, and its largest urban conurbation with a French-speaking majority. Home to a population of 1,762,949, it is a vibrant metropolis that still retains its colonial charm, at least in part. All around Montreal, the clash between old and new is noticeable:

Strolling Vieux-Montreal, visitors will find cobblestone streets lined with charming buildings dating back to the 1600s, souvenir shops, art galleries, and traditional French restaurants. Downtown Montreal, on the other hand, is famous for its modern skyline dotted with skyscrapers and grand leisure centers.

In the Old Town, the 19th-century Place d’Armes is a major point of interest, flanked by several historical landmarks, including the Notre-Dame Basilica. The building itself was erected in the Gothic Revival style and hosts an award-winning atmospheric light show taking place from Tuesday to Saturday at 6 pm and 8 pm and Sundays at 7 pm and 9 pm.

Exploring Montreal, visitors will also find vast urban parks, such as the Mount Royal, boasting stunning views of the Downtown area, a Fine Arts Museum, which stands among the most prominent in the whole of Canada, a Gay Village modeled after New York’s own East Village, and an artsy, Bohemian district (Mile End) full of breweries and live music venues.

As for the Adirondack, it was once named by the National Geographic Traveler magazine as one of the top 10 most scenic train journeys in the world: all the more reason why it should make a comeback sooner rather than later. So far, the only US-Canada train lines Amtrak has revived are the Maple Leaf (New York-Toronto) and Cascades (Washington-Vancouver).

U.S. officials are pushing themselves for the train’s timely spring relaunch, with Congresswoman Elise Stefanik demanding a firmer timeline from Amtrak. While the company has failed to offer a final date, spokesperson Jason Abrams stated they are committed to restoring the service ‘as soon as possible’ in early 2023. 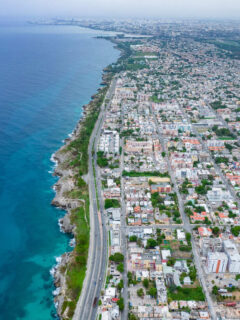 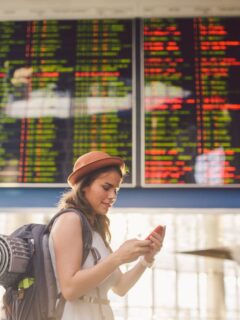 Next
The Best Times To Book The Cheapest Flights Based On Where You're Traveling
Click here to cancel reply.

I have always hoped to take this train from Montreal to NY and to possibly take in a Blue Jays/Yankee game with my husband. We were also considering Niagara Falls to NY. Hopefully Amtrak will revive that option as well.

I applaud Matthew E for his honest assessment and the courage to speak. Canadian media is funded by the government, so many of the citizenry are deluded. I love my beloved Canada and Montreal.

@Louisa, the "Canadian media"? You mean the CBC? It is funded by the Federal government, yes. The Montreal Gazette is owned by the right-wing Post Media as are most newspapers in Canada. The CBC is the national voice of Canada, has been under every CONSERVATIVE govt as well as Liberal/NDP minority govt. Stick to the facts, ok?

One'll be foolhardy to travel to Canada.

@Matthew E, I applaud you for your honest assessment and the courage to speak. Canadian media is funded by the government, so many of the citizenry are deluded. I love my beloved Canada and Montreal.

The word is "rationale." And while I'm not obligated to provide you one, I will.

I've watched the goings-on in Canada for the last few years, and I don't like what I've seen. Hence my comment that it might be injudicious to travel there.

--I don't like the fact that unvaccinated Canadians were treated like second-class citizens in their own country. My country went insane too, but at least we were allowed to board an aircraft or train to travel domestically without producing our immunization records.

--I don't like the fact that people supporting protest actions--not participating in, but just supporting through a modest donation--had their bank accounts frozen by way of the Emergencies Act.

--I don't like that the Public Health Agency of Canada clandestinely tracked roughly thirty-three million people, in a country with around thirty-eight million citizens, to "assess the public's responsiveness during lockdown measures".

--And I don't much care for the well-coifed Prime Minister publicly and repeatedly crowing about his nation being a shining beacon of human rights while all of this, and much more, was going on.

I could continue, but I won't.

By the way, when you write an interrogative sentence, you should end it with a question mark.

@Matthew E, how about a rational to go along with that statement.

One'll be foolhardy to travel with AMTRAK