Each year after Disneyland and Walt Disney World close on October 31st, the parks undergo a magical transformation as they officially say goodbye to Halloween and welcome in the Christmas season. Nowhere else does Christmas quite like Disney, and it has become one of the most popular times to visit the parks.

It’s not just the festive decorations that draw visitors to Disney at this time of year, the parks also offer festive foods, special events, and clever holiday updates to popular attractions.

Walt Disney World in Florida and Disneyland in Southern California are both known for creating captivating atmospheres that keep guests coming back again and again.

When the parks add a festive season on top of an already charming destination, it is easy to see why the parks are a top destination for tourists seeking a bit of holiday cheer. Despite the park’s rising ticket prices, some of the holiday events are expected to sell out.

With countless activities to choose from, we’ve highlighted four things visitors can’t miss at Walt Disney World and Disneyland during the holiday season this year.

Festival of the Holidays

EPCOT’s International Festival of the Holidays takes guests around the world to celebrate holidays across different cultures. This annual event runs from November 25 – December 30 and is open to anyone who has purchased a ticket to the EPCOT park.

Each of Epcot’s country-themed pavilions hosts storytelling performances that showcase the unique holiday celebrations and legends of that culture. Additionally, traditional holiday foods are offered to give visitors a taste of the holidays around the world.

Guests of EPCOT’s International Festival of the Holidays can also enjoy ongoing holiday events throughout the park, including a holiday cookie stroll and daily performances from the JOYFUL! Ensemble, a group that celebrates Christmas and Kwanzaa through gospel, R&B, and holiday music. But one of the most popular features of the park’s holiday celebration is the Candlelight Processional.

With three performances each night, the Candlelight Processional features celebrity narrators who tell the story of Christmas accompanied by an orchestra and choir. This year’s narrators include Whoopi Goldberg, Marie Osmand, Isabella Rossellini, and Neil Patrick Harris.

Disneyland also hosts a Festival of Holidays from November 11- January 8 at Disney California Adventure Park. Entertainment includes music and dance celebrations of many different holidays including Hanukkah, Diwali, Kwanzaa, and Christmas. Guests can sample traditional foods at the park’s Festival Foods Marketplace and meet Santa himself along the Redwood Creek Challenge Trail through Christmas Eve.

Mickey’s Very Merry Christmas Party is a ticketed event at Disney World’s Magic Kingdom that runs nightly from November 8 – December 22. With many dates already sold out, it is advised that visitors book their tickets early.

Tickets to the party range from $159 to $199 depending on age and date, and the event begins at 7:00 pm, although ticketholders are permitted to enter the park starting at 4:00 pm. Annual pass holders and Disney Vacation Club Members are eligible for a $10 discount on their tickets.

Attendees of Mickey’s Christmas Party will have plenty to see, do, and eat. Nightly fireworks displays will light up the sky, and Disney’s famous cast of characters will parade through the streets decked out in their holiday best. Cinderella’s Castle hosts a yuletide stage show featuring Mickey Mouse, and visitors can experience some Florida “snow” along Main Street, U.S.A.

On November 13, Disney World’s Blizzard Beach will reopen after an extended closure for renovations. The already wintery-themed park gets an extra layer of holiday cheer  – some areas will see snowfall, and Santa will make his debut decked out in his beach attire. The park has also recently announced that it has added a Frozen theme to the Tike’s Peak attractions during its renovations, and guests will soon be able to join the film’s popular characters in the wading pool and Anna and Elsa’s Igloo castle.

Both events will take place daily from November 11 – January 8 and are included in the cost of park admission. Visitors are invited to ring in the season with a parade of Santa’s reindeer, toy soldiers, dancing gingerbread cookies, and of course, Santa himself. 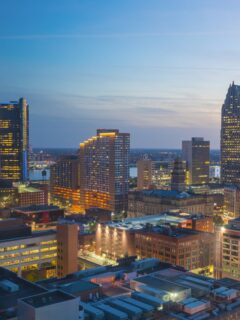 Previous
Top 7 Off The Beaten Path Things To Do In Detroit, Michigan 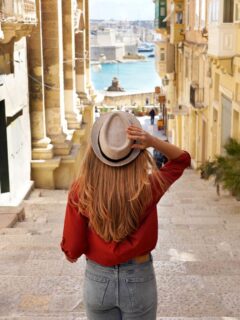 Next
Top 5 Travel Trends For 2023 And How They Will Change Your Next Trip
Click here to cancel reply.