French Bee Airline, France’s first budget long-haul carrier, will be launching new direct flights from Miami International Airport to Paris Orly Airport beginning this December. Fares will start at $281 each way for a basic economy ticket and $641 for a premium economy ticket. The flight will operate three times a week on Mondays, Thursdays, and Saturdays, with plans to scale to four flights a week by the following April.

Travelers will leave Miami at 9 pm and arrive in Paris at 11:40 am, allowing those who can sleep on planes the opportunity to adjust to the new time zone quickly. There is no need to rush to the airport for the trip back as the return flight from Paris will leave at 2:30 pm and arrive in Miami at 6:45 pm. Total flight time from Miami to Paris will be 8 hours and 45 minutes, while the flight back to Miami from Paris will take 10 hours and 25 minutes.

Those who travel light will love the prices of French Bee‘s basic economy tickets, starting at $281 each way. If flying in basic economy, passengers are allowed to bring one 26lb carry-on bag. While this sounds very small, a 26lb bag can be more than enough for a quick getaway to Paris if packed correctly. For those who need more luggage, French Bee allows passengers to customize their ticket by upgrading to a ‘smart’ ticket which allows a 50lb checked bag and includes an in-flight meal. For those with even more luggage, upgrading to a ‘premium’ ticket allows for two 50lb checked bags and includes two in-flight meals, complimentary drinks, premium seats, and priority boarding.

The new flight addition comes after four years of success in the U.S. market, which began with a direct flight from San Francisco to Paris and Tahiti in 2018. After several years of successfully operating flights out of San Francisco, French Bee added two more routes to Paris, flying out of Los Angeles and New York. With the latest flight offering coming out of Miami, French Bee is gaining a better foothold in the U.S. market as a wonderful option for those seeking nonstop flights to Paris.

“Paris remains one of the most desired international destinations in the world for South Floridians and with the continued growth that Miami is witnessing, we are confident that this is the best market for our first Southeast route. We are excited about this expansion as we know that passengers will find value in booking competitive prices in the market,” said French Bee President Marc Rochet in a press release. And while the company may be excited about the new flight, travelers are sure to be even more eager for the new offering.

Paris is a well-known destination that almost every traveler has on their bucket list. It is one of the most visited cities in Europe and is home to many famous landmarks like the Eiffel Tower and the Notre Dame cathedral. French cuisine is some of the best in the world, and the café culture is a highlight of Paris for many visitors. No matter what sort of traveler, there is something for everyone in the beautiful French capital.

While it’s clear that a stay in Paris will be an unforgettable experience, what about the time spent aboard French Bee’s aircraft? Currently, French Bee only flies Airbus A350s, which are considered to be a very modern aircraft. To reduce jet lag, the plane is equipped with mood lighting that will simulate the sunrise and sunset. The A350s are also considered very quiet compared to other aircraft, which helps reduce fatigue from long flights. All seats include USB ports and electrical plugs, large screens for in-flight entertainment, and headphone jacks.

For travelers on a budget, or those looking for a direct flight to Paris, French Bee’s new route offering shouldn’t disappoint. Bookings are already being accepted for December 15th and beyond, and rates are still low. 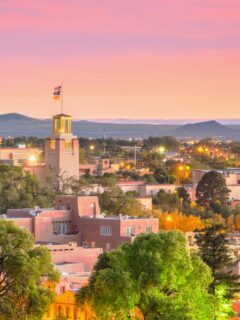 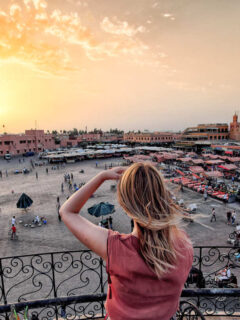