Going To The World Cup? Here’s Why You Should Stop In Saudi Arabia

It’s less than a month away until the FIFA World Cup takes place in Qatar – the first Arab state to host the World Cup in history. Qatar’s winning bid is an opportunity to represent the Arab World and shine a spotlight on this diverse country and its neighbors. With more than 100,000 Americans expected to attend this year’s event, member states of the Arab League are enticing travelers to discover what the rest of the Arab World has to offer.

Saudi Arabia announced this week that it is waiving the typical visa fee for World Cup ticket holders to encourage travelers to explore the country and join the many festivals taking place. Travelers will save SAR 440, which is equivalent to US $117, and will be permitted 60 days of travel, starting ten days prior to the World Cup. There will also be additional flights running between Doha to Jeddah and Riyadh throughout the period.

The waiver of the visa fee isn’t the only reason to stop by and see this magnetic country. Saudi Arabia has a unique landscape, from standing on the cliffs at the “Edge of the World” to swimming with the marine life in the Red Sea or walking through the largest palm oasis in the world.

Check out five reasons why this country should be on your list:

Saudi Arabia will be hosting a variety of festivals around the time, including the Red Sea Film Festival (Dec 1 -10) in Jeddah, which allows you to experience the Arab film scene in ten days of film, showing classics and new-age films from experiential filmmakers.

The Riyadh Season is a four-month festival that is a celebration of the country and its people, which runs every day across 15 venues. There is something for everyone with its 100+ event schedule showcasing music, culture, food, and wellness.

Winter at Tantoura in AlUla (Dec 21 – Jan 21) is a festival of cuisine, immersive outdoor theatre, fashion, and more in the desert city of AlUla. This ancient oasis has over 7,000 years of history and offers a beautiful contrast of natural colors, from its green palm groves to the sandy dunes, red sandstone canyons, and black volcanic rocks.

Al Ahsa is the largest desert oasis in the country and the greenest part of eastern Saudi Arabia. The area was once used as an ancient route for traders and caravans between the Eastern Arabian Peninsula to India, Persia, and the far East. Today it is still a port that connects the Kingdom with other Gulf states. It has over 60 freshwater springs in the area, as well as hot springs reaching up to 90 Fahrenheit.

On the west side is AlUla, another large oasis that was used as an ancient trade route connecting Asia, Africa, and Europe, for transporting assets like spices, cotton, and silk. This city is known for adrenaline from ziplining between mountains, bike riding over sand dunes, and hiking through the rock formations and hidden valleys. It’s also an excellent spot for watching the night sky and stargazing.

Saudi Arabia has endless shopping options to suit your budget. From haggling for handmade kaftans and old spices at traditional souqs in Jeddah to splurging on luxury brands in the malls of Riyadh, you won’t go home empty-handed. You’ll typically find a surplus of jewelry shops, and the country is known to have a big perfume scene, which has been an essential part of Arab culture. Oud is one of the most popular scents, which comes from the oil of a 300-year-old agarwood tree.

If you’re wondering about the dress code and what you can wear, the country has loosened its restrictions on female tourists, who are no longer required to wear the long traditional garments that Saudi women typically wear. Tourists are encouraged to wear regular clothing as long as it’s modest, and knees and shoulders are covered. Women also don’t need to wear head scarves. Check out the Instagram reel below for some suggestions.

Saudi Arabia’s rich and fascinating history offers some excellent archeological sites dating as far back as the 1st Century BC. The country has five sites listed on the UNESCO World Heritage List, including At-Turaif District, which was the first capital of the Saudi Dynasty, located in the heart of the Arabian Peninsula.

Next door to modern AlUla is the Old Town, which was used for travelers along the pilgrimage route in the 12th century and contains remnants of the original stone and mudbrick buildings that were originally built there.

Other historic sites include archeological rock inscriptions in Jubbah, the ancient tombs of Hegra, or an old battleground in Mount Uhud that displays evidence of the conflict between Muslims and Arabs in 625 AD.

Each city serves up its own delicacies, so it will be hard to get a sense of Saudi Arabian food from just one place. Jeddah has a rising coffee culture, with specialty cafes serving up baked pastries and breakfasts.

Wander the streets of historic Al Balad in Jeddah for some traditional street food or taste some typical dishes in Al Jouf, which was an old trade route. It serves up a decadent dish called Mansaf, a sheep meat broth with fermented yogurt and turmeric rice, or Bakeela, which consists of the sweetest dates mixed with Samah, a plant-based powder.

Hail is a city known for its heirloom recipes, where you can find Kabeba, stuffed grapevine leaves eaten at any time of day, or Marasiya, a popular pancake dish served with savory or sweet condiments. 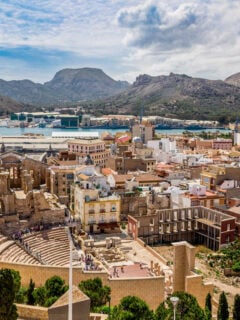 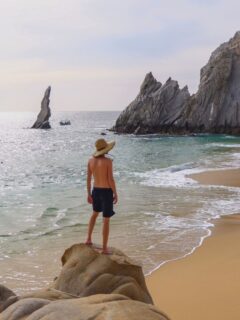 Next
Top Destinations On The Mexico Pacific Coast For Digital Nomads
Click here to cancel reply.

My husband just came from Saudi Arabia and he was blown away by the country. It was never part of my list but I will definitely visit.