How To Avoid Being A Karen While Traveling

If you’ve traveled enough, chances are high that you’ve encountered a Karen at some point during your trip. Whether during your flight or hotel stay, having your hard-earned trip disrupted by an unruly guest or passenger can quickly pull you out of vacation mode. However, most of us are only one or two poor decisions away from becoming a Karen ourselves.

Here is how to avoid being a Karen during your next trip:

Drop The Entitlement, Be Nice

We can probably all agree that one of the defining features of your typical Karen is a sense of entitlement. While traveling, it can be easier to think that your time or your experience is more important than someone else’s. After all, shelling out a thousand dollars a night for a luxury stay in an overwater bungalow feels as if it should come with elevated treatment, right?

While it’s true that you should expect a high-end experience, remember that we are all human, and we all have tough times. If you encounter a situation that isn’t ideal during your travels, don’t let it bring out your inner Karen. Instead, take a step back and remember that things don’t go perfectly all the time, even on vacation. Remember that kindness always goes further than entitlement and will make everyone involved in an interaction feel better in the end, even yourself.

As an extra tip, don’t ask to switch seats with someone on a plane when you know full well that they won’t want to. It just makes everyone uncomfortable, and it’s a very entitled thing to do.

This isn’t a struggle that only Karens deal with. We all do. However, if you find yourself in a situation where it’s become clear you are in the wrong, just admit it and move on. Senselessly carrying on as if you are in the right will ultimately be a waste of everyone’s time (including your own) and won’t help you.

Traveling is an incredible experience, and so much of it is planned and booked in advance. It can be frustrating when plans fall through or have to change, but rather than take it personally, it’s better to accept it as a part of traveling and move on.

Missed your connecting flight because of a delay on the runway? Instead of taking it out on the poor desk attendant for the airline, accept that this is sometimes a reality of traveling, and move on to plan B.

Made a mistake when you were booking your hotel room and didn’t find out until you showed up (like below)? Try to make it work for a night, or find another place.

By being flexible and kind throughout the experience, you’ll avoid being a Karen, and people will be much more willing to help you figure out your next move.

Practicing grace is one of the quickest paths to contentment in life, and one that Karens struggle with. Waiter forgot to bring your drink? Don’t assume they did it on purpose, weren’t paying attention, or don’t care about you. They likely have 7 other tables, are worried about their home life, and are dealing with matters much more significant than your drink order. By assuming everyone is doing their best and has positive intentions, you’ll enjoy your trip much more while avoiding falling into Karen territory.

Don’t Drink Too Much

Alcohol is a quick way to succumb to Karen-mode. If you’ve had a few too many, it’s much easier to take things personally, feel overconfident that you are in the right, and not think about the consequences of your actions. One of the fastest ways to get taken off of a plane is to board completely drunk.

Sometimes things don’t go as planned, and it’s nobody’s fault. Recently, all flights in the U.S. were grounded due to an issue with an FAA flight system. There was nothing that could have been done to stop this, and there was nothing airlines could do to fix the problem. While traveling, it’s very likely that you’ll encounter a situation that doesn’t go as planned, and that’s ok. Thousands of travelers deal with issues like delays, cancellations, and lost luggage all the time, and they all get through it. You will too. Instead of taking your frustration out on those around you, just accept the situation and figure out the best path forward.

During life in general, and especially while traveling, it’s best to keep tabs on your own behavior and give little attention to the conduct of others. Unless someone directly impacts your life experience, there’s no reason to get involved in what they are doing. A classic example is a Karen who calls the police on skateboarders who are well within their rights to skate on public property. While traveling, especially in a foreign country with different norms and customs, try to stick to your business and leave everyone else to theirs. 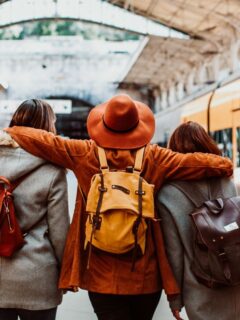 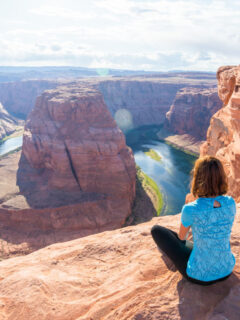 Next
These Are The Top 10 Trending Destinations In The U.S., According To Tripadvisor
Click here to cancel reply.