A new hurricane warning has just been issued for the two Caribbean travel hotspots the Dominican Republic and Puerto Rico over the past few hours. The warning is the latest development concerning Tropical Storm Fiona, which has grown in intensity over the past few days and is now approaching Category 1 hurricane status, prompting the National Hurricane Center (NHC) in the U.S. to issue the warning to keep both travelers and locals in the two countries alert and safe.

Two countries that are extremely popular with travelers from the US and worldwide, the approaching Storm Fiona carries a real and serious threat to the safety of those in the Dominican Republic and Puerto Rico, along with a handful of other Caribbean islands that are also in the storm’s path. Here’s a look at everything we know about Storm Fiona so far, including why it is now a hurricane, when it is likely to reach those destinations and the impact it could have.

Storm Fiona is more than 100 miles southeast of Puerto Rico, and is growing in strength. At present, Fiona is rated as a tropical storm, and has already claimed the lives of some people on its way through the Caribbean in this form. By the time Fiona does reach the shores of Puerto Rico – which will be on Sunday or Sunday night – it is expected to be officially classified as a hurricane – a feat that is achieved when sustained wind speeds reach 74 mph or greater.

The impact of Fiona is expected to be significant. Up to 20 inches of rain could be expected to fall on the US territory, which could trigger a range of natural disasters such as flash flooding, landslides and mudslides. As a result, Puerto Rico could also suffer significant power outages across the territory, which could lead to other issues. The island’s southern coast – which is still reeling from a hurricane in 2019 – is expected to face the brunt of the hurricane.

The storm has already had a significant impact on travel to the island. At least one cruise ship visit and several flights to Puerto Rico have been canceled, with many more also expected to be casualties of the approaching hurricane. As locals stock up on supplies and board their windows, travelers must follow the advice of the hotels or resorts they are staying in to ensure they are kept as safe as possible throughout the duration of the storm.

Public beaches in Puerto Rico have already closed, along with casinos, theaters and museums,  whilst shelters have opened to the public as people are warned to stay indoors. Ernesto Morales, a forecaster with the National Weather Service in San Juan, stated that they are preparing for a “historic event” in terms of rainfall, whilst Puerto Rico Gov. Pedro Pierluisi said: “We should not underestimate this storm.”

Unfortunately, it’s not just those in Puerto Rico who are likely to feel the effects of Storm Fiona. After passing through Puerto Rico, the storm is expected to hit the Dominican Republic, another destination that is extremely popular with travelers from the United States. The eastern shores of the Dominican Republic have also been issued a hurricane warning, with the impact likely to be felt between Sunday night and Monday morning. The island is expected to receive around 4-7 inches of rainfall.

The storm is also on course to hit the British and U.S. Virgin Islands, Haiti and the Turks and Caicos. Whilst the impact is expected to be significantly lower than Puerto Rico is currently bracing itself for, with rainfall expected to be anywhere between 1 and 6 inches, it could still have a sizeable impact that could trigger floods and mudslides, meaning travelers should prepare themselves for an abrupt end to their vacations as they know them. 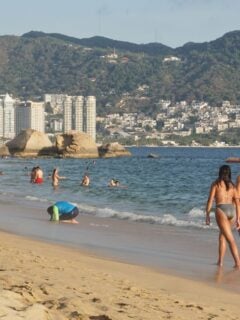 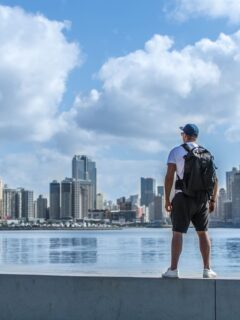 Prayers for people of PR and Samana (DR)

I'm flying to DR middle of this week!

And to think, I was going to fly there this weekend!