Instagram is like an addictive drug. The average user spends over an hour every day on the platform. It makes you feel unworthy as you compare yourself to people that are seemingly living better lives. You buy more than you should, you travel to places you can’t afford and accumulate debt that makes you feel even worse, just to keep up with peers. Instagram causes you to sleep less, have more anxiety and causes depression.

In a survey of 1500 people aged 16-24, the Royal Society for Public Health (RSPH) showed that Instagram is the worse platform for addiction and mental health.

Even the most impressionable kids, as young as 8-years-old are being impacted negatively by the social media giant. In an exclusive Interview with 4 girls, aged 10, we learned how they feel Instagram has affected their lives.

If you think I’m being over the top, think again. The statistics are devastating and shows the young generation is suffering most. 91% of youths ages 16-24 are using social media and the rates of anxiety and depression among them have risen 70% in the last 20 years.

As high as 90% of 16-24 year old girls are unhappy with their bodies and 70% would consider having invasive surgery to correct what they believe is wrong.

It’s not just the young crowd being affected. According to a new Manulife survey which came out in July, Canadian millennials struggle with debt largely because they’re trying to keep up an Instagram-worthy lifestyle.

One Instagram Influencer, Lissette Calveiro told Global News in an Interview that she racked up $10,000 in credit card debt trying to keep up on Social Media. She saw other Influencers and bloggers traveling across the globe and showing off the newest styles so she began doing the same.

"Particularly among millennial-aged Canadians, I would say everybody lives a perfect life on Instagram. Everyone looks at everyone else’s social feeds and sees their vacations and their celebrations and their concerts — and so they really have this fear of missing out. And it’s obviously contributing to their overall ability to manage their cash flows."

Financial advisor Shannon Simmons told Global News “In the last 5 years, people feel broke more often because social media makes it feel like everyone else is doing something noteworthy, or beautiful, or fun and you’re not,” 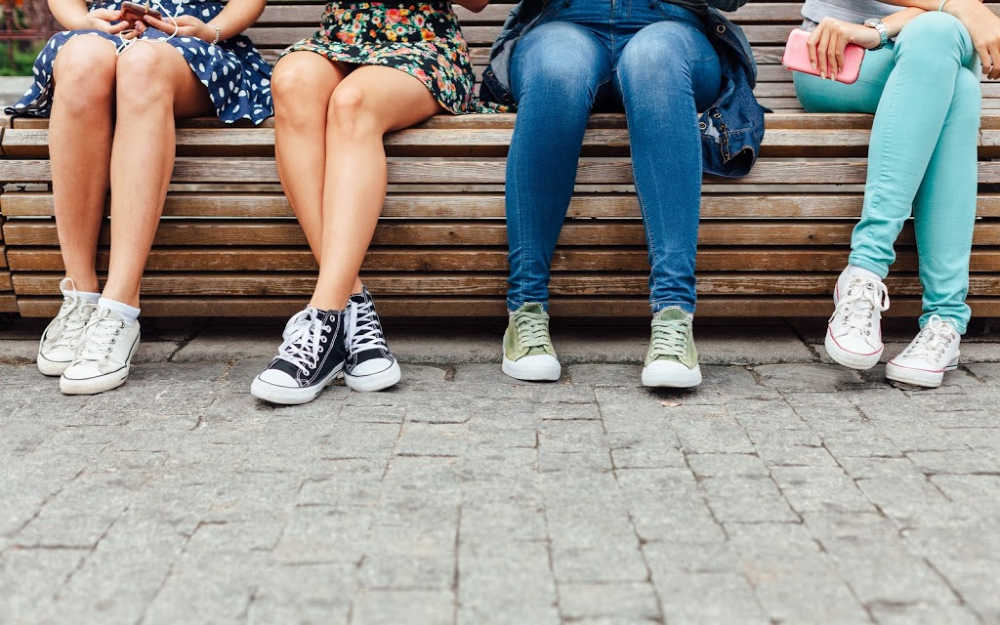 The most vulnerable are on Instagram years before the minimum age requirements set by the platform. In an exclusive interview, Travel Off Path sat down with 4 girls, aged 10, to ask what they thought about Instagram. They will remain anonymous to protect their identity.

They all said their reason for being on Instagram was becuase it was “cool”. Either their older siblings had it, or their friends had accounts so they didn’t want to be “left out”.  All of them spend a minimum of one hour a day on social media and up to 4 hours a day on the weekends.

For parents out there that don’t allow their kids to have Instagram or a phone, the kids have ways around it. When asking the four girls how many of their friends had Instagram, 3 of them answered “all of them” and another said she knew of a “few in her class who have it”. The girls have all had their accounts for over a year already.

When I asked how kids go on Instagram without their parents permission the answers were simple. They use it at “friends houses,” or even “at school” and some have found ways to hide it on their tablets. When I inquired how they got around Instagram’s minimum age policy of 13 for signing up, they explained “That’s an easy one…you just lie and it’s not like they make you prove it”

They said what they like most about Instagram was that it was “Fun!” but we wanted to dig a little deeper. One girl stated it was “good for connecting with her friends and family through Instagram messages”.

“I like to be able to see into other people’s private lives… See what they’re up to.” said one of the girls.

None of the four girls had a Facebook account but they all had Instagram, Snapchat and TikTok (Formerly Musical.ly) accounts. A majority of their time was spent on TikTok (video app for creating and sharing short lip-sync, comedy, and talent videos) and they all use Instagram daily.

It seemed a bit easier for the girls to come up with what they didn’t like. One of the biggest problems they faced is when they make a post, and it doesn’t receive any “likes”. This was associated with a negative emotion that made the girls feel bad about themselves. Since Instagram started testing removing likes in Canada they said they “love it” and don’t want them back.

They’ve also realized that many users buy fake followers and they hated that as “they hadn’t earned the right to be Instagram famous”.

One girl mentioned that her biggest issue was the change she had seen in her friends that had recently joined Instagram.

"I hate how once some of my friends joined Instagram, they became a different person, It changed who they were and all of a sudden it was about buying the coolest clothes or best phone. They became so fake."

Three of the four girls had been messaged on social media by what they called  “a creep” The girls were obviously taught well by their parents. When I asked how they dealt with it, they all answered the same thing. “Blocked them instantly and reported them”

One of the girls was upset that boys and men are allowed to be on social media without shirts. She said it was “really gross”. The same girl claimed she also “talks to a boy online regularly”.

As the interview ended, I asked one last question, “when are kids getting their first social media account?” They all agreed that by 8-years-old, they had friends that had signed up to at least one account on Snapchat, TikTok or Instagram and then the pressure was on to get their own accounts.

I’ll give some tips on how to navigate the addictive drug called Instagram. It can be an entertaining and fun platform if you know how to differentiate between the real world and fake world of Instagram. Understand that it’s for entertainment purposes only and it doesn’t show anyone’s real life situations. It’s only a highlite reel of the best parts of people’s lives rather than the true reality of the struggles people go through.

1. Don’t believe everything you see. Most photos are heavily edited to show a “perfect life” or “perfect body” that doesn’t actually exist.

2. Influencers can ruin expectations of Travel. Photos can be heavily edited, crowds removed, and even use mirror tricks to create fake lakes or oceans. Recent news reports have exposed Influencers for not even visiting the destinations in their photos. They just used an editing app to impose their bodies into the photo.

3. Your kids will be on it if they aren’t already. Have open communication on how Instagram isn’t real life and only shows the best parts of peoples lives. Let them know that the photos of so-called “perfect” bodies are heavily edited. Users are removing things that they perceive are not esthetic like cellulite, pimples, scars and chaning sizes of their waist, busts and behinds.  Warn them on how to block strangers and how to report them to Instagram in case of inappropriate messages.

4. The chances of becoming a famous paid Influencer is about the same as winning the lottery.  The era of the Instagram Influencers is over. Facebook who owns Instagram is doing everything possible to stop it, just like they were able to do with Facebook Pages.

5. Dont get envious of others. It’s all a game and the comparison will never end. There will always be someone who appears to be doing more or earning more. Just do you.

6. Stop over editing and staging photos now. People are sick of it and rebelling against the fakeness of Instagram. The next generation is already finding more and more ways to be authentic and as candid as possible.

7. Don’t believe anyone’s follower counts, like counts and even comments. They can all be purchased for cents and they can all be fake. Instagram has the most automated bots of any social media platform. Instagram Influencers are expected to scam companies for more than 1.3 billion dollars in 2019 by using fake follower counts and likes. The industry will die out the way we know it today.

If you can’t seem to get over your envy on Instagram , take a break or delete it entirely. I took six months off the platform and finally don’t give a darn what anyone else is posting. If it makes me unhappy I delete and block them. Just do what makes you happy and stop conforming to what everyone else is doing. That is how we got here in the first place. 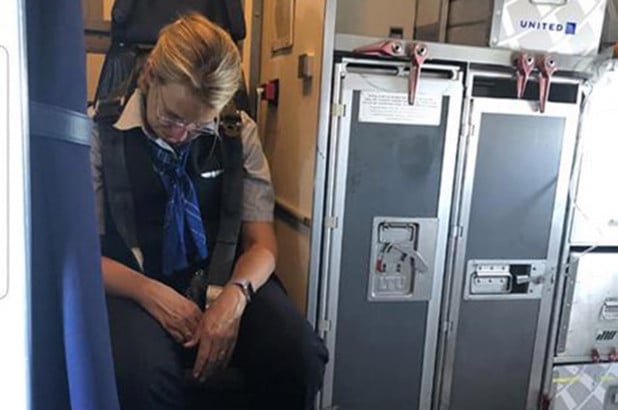 Previous
United Flight Attendant So Drunk She Passes Out on Plane 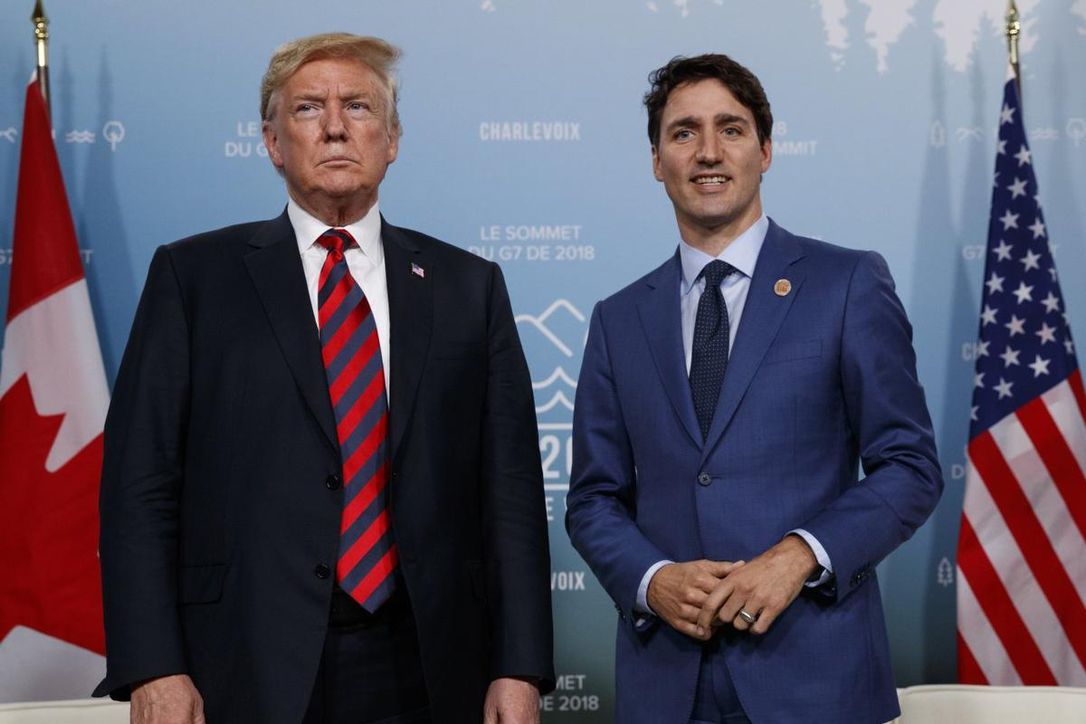 Next
Trump Will Retaliate If Canada Issues a New Travel Warning For The USA
Click here to cancel reply.