​​Is It Safe To Book With Southwest Airlines After Mass Cancelations?

Air travel in the United States has been complicated these past few days. Winter storms have led airlines to delay and cancel flights and frustrated travelers have had to cancel their Christmas plans, complain and ask for refunds, and many lost their baggage and spent nights at airports. And, without a doubt, Southwest Airlines provided the worst service.

According to the information shared by CNN, 90% of last Wednesday’s flight cancellations nationwide were only Southwest flights. The airline has canceled thousands of flights per day—over 2,000— while most American airlines remain near the two digits numbers. Besides bad weather, Southwest has been affected by bad planning and —as some people consider— bad luck.

Thousands of angry passengers have complained and requested refunds and made long lines at the airports hoping to rebook but the airline hasn’t been able to provide good customer service. Due to the scale of the situation, the US government is intervening and the airline is under investigation.

Southwest was considered the fourth worst airline for holiday travel but, after what happened these past few days, certainly made it into first place, and now travelers are wondering if they can trust its service.

Southwest’s meltdown has been historical. “This is the worst round of cancellations for any single airline I can recall in a career of more than 20 years as an industry analyst,” said Henry Harteveldt, Travel Industry Analyst, for the New York Times.

And the company understands the gravity. Bob Jordan, Southwest’s CEO, shared a public video apologizing to customers: “We are doing everything we can to return to normal operations. And please, also hear that I am truly sorry.” Jordan promised to  “be back on track before next week.”

But what happened? Before deciding whether they can trust or not the airline in the near future, travelers need to first understand that Southwest’s crisis is the result of different causes:

More details and explanations should come within the next few days, especially after the US government investigation. For now, Southwest has created a travel disruption information page where travelers affected can request details of their flights and refunds.

Those who took advantage of Southwest’s special domestic fares for winter travel are probably regretting it. Thousands of passengers did not get compensation or alternatives from the airline right away.

And many travelers have complained on social media. Famous American writer Roxane Gay wrote on Twitter on Tuesday: “I think Southwest needs to hire some crisis managers. They have completely wreaked havoc on our family traveling to Houston for a gathering! I’m talking about the corporate entity, not the beleaguered employees on the frontlines. They are going through it. It’s bad.”

Loyal customers have also expressed disappointment. And while a lot of travelers assured that they would never fly with Southwest again, others showed empathy with the staff and attributed the situation to the weather conditions and just bad luck. The airline has a big challenge ahead to gain travelers’ trust back. 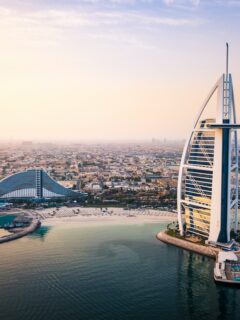 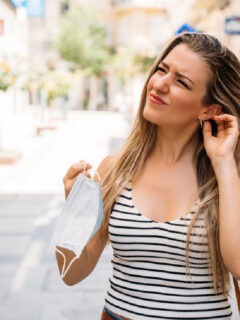 Next
These Countries Still Have Mask Mandates Going Into 2023
Click here to cancel reply.

I have a January 13th (Friday the 13th of all days!!) flight on SWA. I pray they get their s*it together well before then. According to other "those in the know" sources, SWA has known for at least a decade that their system was antiquated and this disaster was a "when" situation, not an "if."