JetBlue has made sweeping changes to its catalog of summer flights by canceling 27 of its domestic and international routes this week. The low cost airline – which is the seventh largest airline in the US by number of passengers carried – has made the decision to cut a large number of routes despite only recently announcing that it would be going into a partnership with Qatar Airways, which would see it able to serve a greater number of destinations around the world.

JetBlue has made sweeping changes to a range of both domestic and international flight options, with airports such as Fort Lauderdale and Newark set to be affected the most. Fortunately for travelers, they are only set to be without such routes for a few months over summer, with many of the affected routes set to return in October. Domestic routes set to be canceled are as follows:

Other Domestic Flights Cancelled This Summer:

International flights that are set to be canceled over summer by JetBlue over the summer are as follows:

Two international flights are set to be cut for good. They are:

Most of the flights that are being cancelled over summer are flights that were launched during the pandemic,  and many were not expected to become permanent features. The cuts also come amidst a backdrop of rising fuel prices and staff shortages meaning airlines have had to prioritize which flights they will be offering this summer.

However, it’s not all doom and gloom at JetBlue. In addition to adding new routes recently, the airline announced it would be launching a partnership with leading airline Qatar Airways, connecting JetBlue travelers with Qatar’s 82 international destinations. There are also plans underway to allow passengers of both airlines to be able redeem their accumulated frequent flyer points across either airline – opening the door to a wide range of benefits around the world. 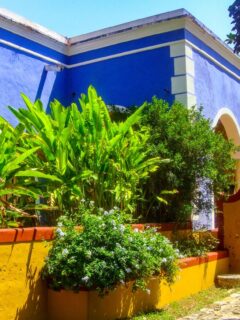 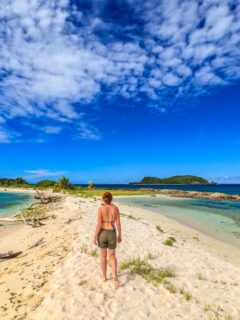 Next
Grenada Becomes The 25th Country To Remove All Entry Requirements
Click here to cancel reply.