The rising star of the Pacific, Los Cabos is having a truly phenomenal year. Besides leading Latin America’s luxury travel segment, and positioning itself as the second most visited coastal hub in Mexico, we can now also officially confirm that is one of the world’s top beach destinations, based on the latest figures released by ForwardKeys.

Los Cabos, merely the Spanish equivalent to ‘the Capes’, is used in reference to two municipalities sitting on the very end of the Baja California peninsula, namely the resort-packed San Jose del Cabo, and Cabo San Lucas, where the famous Arco jutting out of the sea can be seen, and an area of outstanding beauty full of sandy beaches and marine parks.

Previously, only Americans and Mexicans were acquainted with Cabo’s natural wonders, but now the whole world has been let in on their secret:

As assessed by data analytics company ForwardKeys, in a report later revealed at the World Travel and Tourism Council (WTTC), Los Cabos is currently enjoying one of the fastest growth rates among global destinations – higher than Puerto Vallarta, the trendy Mexico City, and even the best-selling all-inclusive vacation package that is Cancun.

In fact, in terms of both recovery and post-pandemic performance, the only city standing in the way of Los Cabos and the number one spot is the East Mediterranean gem of Antalya, in Turkyie (formerly Turkey), where tourism has increased by an astonishing 66% since 2019, against the Mexican Capes’ much more moderate 22%.

Antalya may have a strong lead, but Los Cabos is bridging the gap quickly. Between January and October of this year, the Cabos International Airport recorded a 30.8% jump in arrival figures compared to 2021. On top of that, Cabo seems to be making more of an international impact as promotional efforts reach sun-seekers beyond America.

Other Mexican cities mentioned include Puerto Vallarta, up 13%, and Cancun, charting outside the top five due to a much lower 9% year-on-year increase. It is worth noting this does not mean Cancun is flopping; not in the slightest, as demand is at an all-time high. It is rather an indication is growing slower than Cabo, which is only natural.

After all, Cancun is a well-established international resort, and a renowned one at that. Cabo, on the other hand, is only now being discovered by a wider, non-American public due to the diversification of its tourism campaign, and investment on new travel trends. Historically, it has been commonly known as the go-to winter destination for Californians.

Californians (Americans) still form a majority among vacationers in the area, with 68% of international arrivals being traced back to the Golden State, but other markets are proving just as valuable to Cabo’s economic rebound, in particular Canada. This winter, 19.3% more airplane seats are available on flights leaving from America’s northern neighbor.

Cabo’s air links extend beyond the American continent as well, with frequent Iberojet flights linking it to Madrid, one of Europe’s busiest hubs; yes, domestic tourism and the U.S. market remain vital for Cabo’s success moving forward, but it is far from being a Mexicans-and-Americans-only wellness retreat – at least not anymore.

One Of The Most Welcoming Places On Earth?

As reiterated by the data experts who compiled the report, the fact that lesser-known Mexican destinations (among non-Americans) are setting new personal records is a ‘testament to the success of open-door policies and the demand for sun and beaches’. Throughout the pandemic, Cabo remained open for foreign visitors restriction-free.

Unlike other competitors in the Pacific, notably Hawaii and the West Coast of the U.S., it continue to welcome tourists without discrimination, exempting not only Americans, but all international arrivals from presenting vaccine certificates, testing prior to departure, or remaining in isolation for days on end in their hotels.

Cabo’s relaxed approach, and Mexico’s on an extent, has undoubtedly contributed to its placing on ForwardKeys’ ranking. Most of the world may have reopened by now, but it is abundantly clear that travelers will continue favoring destinations where they have always felt welcome, even in the most turbulent of times. 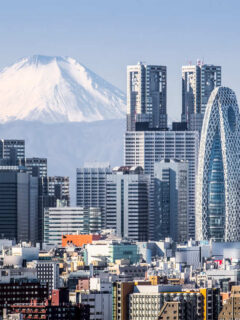 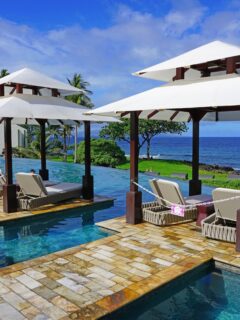 Next
These Are Top New Marriott Hotels Coming In 2023
Click here to cancel reply.