France has become the first country in Europe to ban domestic flights under two hours within the country. This new rule, coming into effect in April 2022, will affect any routes under two and a half hours that have another form of transportation connecting them. For example, flights from Paris to cities like Bordeaux, Nantes, and Lyon will no longer operate, as substantial rail and bus options exist.

The ban is an attempt to reduce the country’s carbon emissions as a part of France’s larger plan to go carbon neutral.

This ban was voted on in 2021 after the French government bailed out its domestic carrier Air France after it reported losses due to Covid-19. Wrapped up with the bailout was a condition that Air France become more environmentally conscious.

Austria has already begun enacting similar policies. Austrian Airlines was bailed out in 2020 also due to losses from the COVID pandemic. The stipulation in their bailout is that the airline had to eliminate domestic flights where alternative train journeys under three hours were available, affecting the carrier’s route between Vienna and Salzburg. It is estimated that 80 percent of short-haul trips in Austria can be replaced by rail travel due to its vast rail network, OBB.

The German government has been playing around with the idea of banning short-haul flights for quite a few years. But they have received a lot of resistance from labor unions and airlines. Instead of an outright ban, at the moment the German government has doubled the tax on all short-haul airline tickets. This is a way to discourage what they view as unnecessary air travel and push more people onto trains.

It looks as if Spain might soon follow France’s bold move. Spain has stated their intention to impose a similar ban on flights under 2.5 hours where a train or bus can supplement the route. An additional step that Spain is considering is the taxation of frequent flyer miles and taxing all flights based on their distance.

Sweden and the other Scandinavian countries are also taxing flights more aggressively. Different from the other countries mentioned Sweden is taking the approach of “Flight Shaming”. They even have a word for it…Flygskam. Domestic travel was down 9% in the last year, likely due to travelers making the decision to travel in different ways.

More Than Just A Few Countries

Short-haul flight bans appear to have public support throughout the EU. A 2020 survey from the European Investment Bank found that 62 percent of Europeans support an E.U.-wide ban on short-haul flights. This would be a massive shift in the way that we travel through Europe. Companies like Ryanair, EasyJet, Wizz, and more, would suffer greatly from bans like this.

It appears that a ban like this could be possible within the EU because of the vast and connected rail network that exists on the continent. A traveler can already get from the westernmost point of the Iberian peninsula to the Baltics by train relatively efficiently. And companies like Eurail make it easy for travelers to hop on and off intercity trains.

Greenpeace is calling for a ban on all domestic flights and transportation from Vienna to Prague, Budapest, and Munich because of how connected all of these destinations are by high-speed trains. They are also advocating making connections with night trains, including Vienna to Warsaw, Berlin, Düsseldorf, Zurich, Venice, Hamburg and Frankfurt. This could make traveling Europe more green, but also slower.

It could be some time before the EU and other governments implement similar rules as France, but the writing is on the wall. We can see where the trend is moving and it’s moving towards trains. With the cost of flights going up regardless, this might be the summer of rail travel. 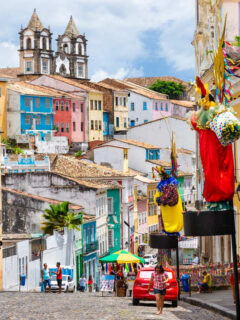 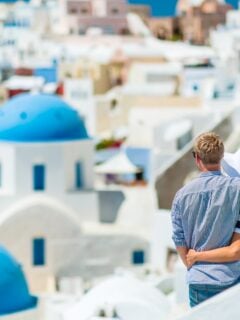 Next
Greece Makes It Easy For Vaccinated Americans To Visit This Summer
Click here to cancel reply.

So, as I read around it’s like banning flights from Montreal to Ottawa but not bannin Montreal to Toronto

much easier than all the hassles at the airport. and get to see the countryside

less than 2 hours means flights all over europe!! paris-rome , paris london.. paris-berlin ...i think you should explain better the 2 hours, thank you

The article states “within the country”

Wait till the world finds out the fraud / deception / ignorance behind CO2 and Climate Change.....well..the world as we know it will be over by then. This REVELATION will just be "icing on the cake" so to speak.

Watch THE GREAT GLOBAL WARMING SWINDLE (doc from 2007) for starters if you're interested. On YT in HD. But that doc gets some things wrong as well...don't throw the baby out with the bathweater.

Like any journey of discovery (around the world), you learn different things in different places.