Montego Bay Is Getting A New $100 Million Luxury Resort Complex

One of Jamaica’s most popular tourist towns, Montego Bay, will soon see the development of a new luxury resort complex. The $100 million project broke ground on Friday and is expected to take 2 years to complete and will create 300 jobs. Named The Vista, the mixed-use complex will be located in the area known as the “Hip Strip” along Montego Bay’s Jimmy Cliff Boulevard.

The Vista will offer a mix of vacation and residential resort living as well as 10,000 square feet of commercial business space. It is expected to contain 432 rooms across the site’s 7 acres and will be completed in 4 different phases. There will be a mix of villas, condos, and hotel rooms, all expected to have an ultra-modern and luxurious design. Amenities will include restaurants and entertainment venues, multiple pools, a putting green, and tennis courts, as well as access to the property’s beautiful beaches.

According to The Jamaica Observer, phase one of the project will be composed of 30 units that include one and two-bedroom suites, a loft unit, and two 1075-square-foot penthouse units. The remaining phases will each see the construction of additional towers containing a mix of residential and commercial space.

Jamaica’s Minister of Tourism, Edmund Bartlett, was on hand for the groundbreaking ceremony last Friday and joined representatives from the C and H Property Development Company and MoneyMasters Real Estate and Infrastructure Investment Limited, the project’s developers. This project is unique in that it is funded by Jamaicans and not by foreign investment, which is often the case in Jamaica.

At the ceremony, Minister Bartlett said, “What I can say to you is that this Administration is satisfied that Montego Bay has the potential for a transformation into a resort town development the likeness of which does not exist anywhere in the Americas.”

While the Minister was quick to praise the city and the investment in the new development, he also gave a stern warning to Jamaicans amidst an increase in violence and crime across the country. He stated that a $100 million investment means nothing if Jamaicans do not deal with the issue of crime and urged locals to take responsibility and do their part to discourage it. Bartlett also explained that it is difficult to bring more tourism and investment into a nation that is currently struggling to control crime. Still, for most visitors, safety is not an issue.

Jamaica’s tourism industry is projected to generate $4.2 billion this year, and this development will help the region meet its goal of adding 8,000 new rooms in 5 years, according to The Jamaica Gleaner. Montego Bay consistently ranks among the top tourist destinations in the world, and the development of The Vista will no doubt only add to the city’s draw as an attractive location to visit.

Montego Bay is most popular for its beautiful beaches, luxurious resorts, and laid-back way of life. It is also one of the most accessible tourist hotspots on the island of Jamaica, as it is home to the Sangster International Airport, which sees frequent direct flights from many major U.S. cities.

Major airlines, including Delta, Frontier, American, Spirit, JetBlue, and United, all frequent Sangster International Airport from cities including Atlanta, Miami, Chicago, New  York, and many more. Accessibility is one big driver behind Montego Bay’s ongoing popularity with American tourists. It is also a major port for cruise ships.

Montego Bay is home to several world-class beaches – Cornwall Beach, Kent Avenue Beach, and Doctors Cave Beach are some of the most popular, and all boast beautiful sandy beaches and turquoise waters. Visitors to Montego Bay can enjoy an array of water sports across the city’s beaches, including snorkeling, boating, scuba diving, and fishing.

However, the attraction to Jamaica’s Montego Bay does not stop at the city’s beaches, there are many other activities that visitors can partake in. The city is well known for being a popular shopping destination and also boasts some incredible outdoor attractions. With over 10 golf courses, an equestrian center, a tree-top zipline course, and the beautiful Green Grotto Caves, it is easy to see why visitors to Montego Bay keep coming back year after year and why the region continues to see investments in the booming tourism sector. 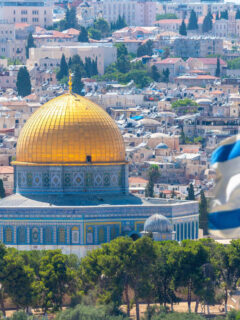 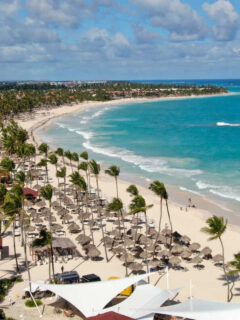 Next
Punta Cana Will Be One Of The Top Winter Destinations With A Record Number Of Tourists Predicted
Click here to cancel reply.

How tall will Vista Montego Bay be?