The Netherlands announced the removal of an impossible requirement for transiting passengers to provide proof of two negative covid tests, one being a 4-hour antigen test.

Starting March 16, 2021 passengers in transit through AMS airport will only have to show proof of a negative PCR test, taken no longer than 72 hours prior to arrival. LAMP, NAAT, RT-PCR, and TMA tests are also allowed.

While travelers from high-risk and non-EU countries are still banned from entering the Netherlands, some passengers can still transit through Amsterdam airport, providing they remain airside and do not need to pass through customs.

On January 20th, the government of the Netherlands took extreme measures to curb the spread of new variants. Rules included banning flights from 17 countries and adding a double-testing requirement for all transiting passengers from high-risk nations.

Not only was proof of a negative 72-hour PCR test required, but also a rapid antigen test performed no later than 4 hours before the flight. The 4-hour timeframe created an incredibly challenging requirement to fulfill, essentially shutting down the potential for any passenger to transfer through the Netherlands.

AMS airport is the 3rd busiest airport in Europe and the 11th busiest worldwide, making it a very important transit hub for many, even during the pandemic. The 4-hour rapid test requirement plus the numerous flight bans caused KLM, the flag carrier airline of the Netherlands, to suspend most of its international routes.

Now with the removal of the 4-hour rapid test requirement starting March 16th, the airline may be able to resume some of the affected routes.

While the new transit rule is a small glimmer of progress, Prime Minister Mark Rutte announced he will be extending the nation’s lockdown until at least April 1st.  A nightly curfew remains in place until 9:00pm, many non-essential businesses remain closed, including restaurants.

Entry requirements into the Kingdom remain strict and are limited to fellow EU nations, as well as a small list of approved third-party nations including Australia, South Korea, New Zealand, Rwanda, Singapore, and Thailand.

Testing is still required for arriving EU and Schengen nationals from all but one country, Iceland. As of March 16th, all passengers entering the Netherlands from the EU/Schengen zone will need to provide proof of a negative PCR test, performed no longer than 24 hours before their departing flight. In lieu of a 24-hour PCR test, they can also provide a combination of a 12-hour rapid test paired with a 72-hour PCR test.

Over the past few weeks, many EU nations including Greece, Spain, and Portugal have been quite vocal about their optimistic reopening plans for summer tourism, while the Netherlands has remained relatively quiet on the matter.

In 2019, over 20 million tourists visited the Netherlands. The nation saw a massive drop in tourism throughout 2020, up to 75% fewer visitors than forecasted, even with a relatively open summer season. 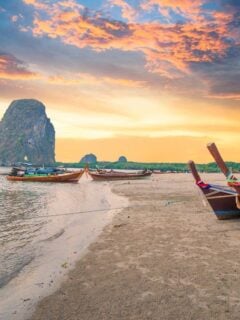 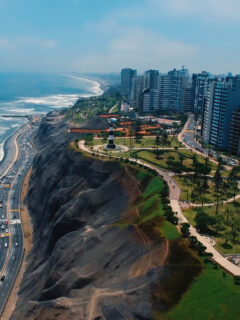 Not sure I quite understand- looks like there are conflicting timeframes for the PCR tests in this article- just to confirm, if you’re transiting Schipol without actually entering Amsterdam, your PCR test can be taken within a 72 hour window, but if the Netherlands is your final destination, the PCR test would have to be no later than 24 hours before your flight(or a PCR test with the rapid antigen option)? do you by chance have the link to the government web site that states this? Thanks in advance!

Links to the government website are already hyperlinked in the article Yes, from the info we have transits are 72 hours and entry is 24 hours

"In lieu of a 24-hour PCR test, they can also provide a combination of a 12-hour rapid test paired with a 72-hour PCR test."

>> The rapid test validity is 24 hours according to the official government website linked in the article.