As part of a joint venture between LATAM and Delta, LAX will host its inaugural flight service to Sao Paulo, the largest city in Brazil and Latin America to an extent. Although connectivity between these strategic hubs is certain to improve, offering the West Coast a much-needed direct route to the financial center of the Global South, is Sao Paulo worth visiting at all?

This year, travel demand in Brazil skyrocketed in spite of the country’s long-standing Covid measures and mass demonstrations. Cities like Rio and Salvador are bucket list items for millions of Americans, who will be flocking to the iconic Ipanema beach this winter thanks to an increase in flight frequency and strength of the dollar against the Brazilian Real.

Sao Paulo may not have direct sea access or the laid-back atmosphere of the Northeast Region, but it still makes for an incredible city break:

Beginning next summer, LATAM will begin offering flights between Sao Paulo, in Brazil, and Los Angeles, following the approval of its code-share agreement with Delta Air, which uses LAX as an operational base. According to the joint announcement, both carriers plan on developing an ‘unparalleled network‘ connecting North and South America.

As part of the agreement, Americans based in other Western U.S. cities, such as San Francisco, Seattle, and Las Vegas, will enjoy one-stop flights to Latin America’s second busiest hub – Sao Paulo may be the largest city in the geopolitical group by a large margin, with a metro population of 22 million, Mexico City’s AICM remains the leading airport south of the border.

Additionally, Californians heading to a destination in South America other than Brazil will benefit from short layovers in Sao Paulo, as it is a major connecting hub linked to Buenos Aires in Argentina, Santiago in Chile, and Montevideo in Uruguay, only to name a few. The service is already available for booking through either Delta or LATAM.

The official launch date is July 1, 2023, with a flight duration of 12h20. The route will be serviced on a Boeing 777-300ER, with a seating capacity of 410 passengers, 38 of those in Premium Business cabins, 50 in Economy+, and 322 in Economy, with varying degrees of comfort and onboard amenities. More information about the route can be found below:

Prices start from US$1,876 one-way, though Business fare tickets can cost as much as US$4,102 one-way. In Basic Economy, the cheapest fare possible, no flight changes are allowed, and baggage allowance is limited to a 10 kg carry-on and a small personal item. Extra items can generally be added for a fee, and the flight cancellation policy is stricter.

Sao Paulo Is So Much More Than A Mere Transit Hub

Sao Paulo is arguably Brazil at its most multicultural. While the country’s North has been strongly influenced culturally by Western African customs, in stark contrast with the South’s European and particularly Italian-German character, Brazil’s financial capital acts as a microcosm encompassing all of these identities.

In a way, it is the quintessential global city. Here, you will find large Italian, Japanese, Arab, and Jew communities, who have assimilated into Brazilian culture over generations, but that are bound by tradition and proud of their heritage. Sao Paulo’s ethnic neighborhoods are, in fact, a huge part of what makes it such an exciting metropolis.

From the charming Mediterranean-style restaurants of Bela Vista and Mooca, two of the most popular Italian enclaves, to the street corner Asian eateries of Liberdade, you will find it is an irresistible foodie destination, and that all of these imported cultures are inherently Brazilian, too: after all, the country is commonly known as the melting pot the Americas.

When it comes to nightlife, the city is home to an extensive list of Bohemian districts, such as the tourist-friendly Vila Magdalena, where a sizable international community congregates and where visitors can pick from a myriad of bars, live music venues, and lounges, or Rua Augusta, Sao Paulo’s response to London’s Soho and a popular LGBTQ+ zone.

The only two downsides to using Sao Paulo as a base for exploring Brazil?

With that being said, as long as you’re not restricted by a limited budget, it is definitely worth a visit, whether you’re staying for an entire week or coupling it with another Brazilian city. Seeing that Sao Paulo is at the heart of Brazil’s air connectivity, you’ll have no problem picking secondary domestic destinations flying out of Guarulhos Airport.

This year, Sao Paulo was also featured on Travel Off Path’s Top Destinations For 2023, acknowledged for its ‘vibrant nightlife’ and multiculturalism. 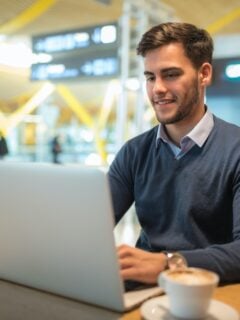 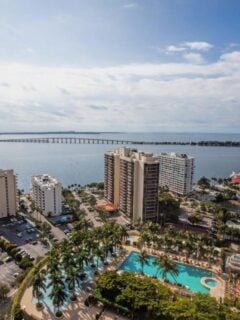