It would be the understatement of the year to say that the pandemic has taken its toll on travel and tourism, and few sectors have been more affected than the ailing cruise industry. Yet whilst cruises in the US were handed some positive news by the CDC last week, some cruise lines are facing other barriers to restarting their domestic operations.

Norwegian Cruise Line has announced that it may be forced to pull out of Florida, given the state’s efforts to ban the use of vaccine passports. Here’s everything travelers will need to know about this story.

Whilst vaccine passports are starting to be widely used as a solution to restart travel during the pandemic, it’s fair to say that not everyone is supportive of the idea – not least Florida’s governor, Ron DeSantis. Early last month, DeSantis tabled an executive order prohibiting the use of vaccine passports in his state.

According to DeSantis, the notion of vaccine passports creates two classes of citizens, where only one class – the vaccinated – will be free to “take part in everyday life”. However, whilst the move has been welcomed by some anti-vaccine passport travelers, it may prove to be prohibitive to the resumption of cruises in the state.

Florida is widely considered to be the cruise capital of the US, with millions boarding cruise lines from its ports and billions of dollars generated by the industry as a result. Cruises are so important to Florida that DeSantis even considered taking legal action against the CDC if they were unable to resume in the near future – yet it may be DeSantis’ actions that may keep cruises out of the state of Florida.

That’s because DeSantis’ bill prohibited any government entity from issuing vaccine passports, and blocked businesses from requiring any such documentation. However, one of the CDC’s conditions for cruise lines to bypass the trial cruise stage was for them to have at least 98% of crew members and 95% of passengers vaccinated. Norwegian have spoken up on the issue, and more cruise lines may be set to join them.

Speaking about the issue on Thursday, Norwegian’s CEO Frank Del Rio was frank in his take on how the cruise line could proceed in light of the situation in the Sunshine State. Del Rio said:

“At the end of the day, cruise ships have motors, propellers and rudders, and God forbid we can’t operate in the state of Florida for whatever reason, then there are other states that we do operate from, and we can operate from the Caribbean for a ship that otherwise would have gone to Florida.”

Del Rio also went on to explain that he hopes the CDC’s conditions would be able to override DeSantis’ bill, describing the issue as a “classic state versus federal government issue,” before adding that he had been in contact with the governor’s office.

Should Norwegian make the decision to leave Florida, it will not be the first time a cruise line has moved its homeports during the pandemic. Fellow cruise lines such as Celebrity, Carnival and Royal Caribbean were also forced to take action and move their homeports as a result of restrictive CDC policies earlier in the year, and resumed operations in waters they could freely sail in. 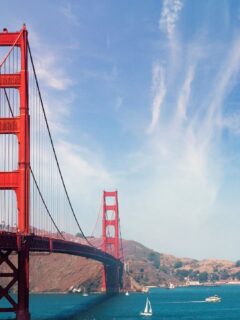 Previous
Top 10 Family Friendly Things to Do In San Francisco 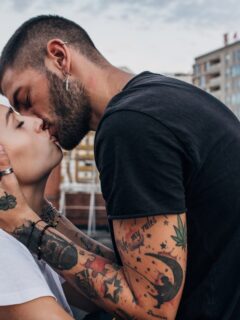 Next
Top 7 U.S. Destinations for A Couples Getaway in 2021
Click here to cancel reply.