Spain’s latest rules about the use of air conditioning in public spaces could have the millions of travelers that visit the country each year in a sweat. Famed amongst other reasons for its warm, sunny climate and idyllic beaches, Spain’s hot weather is one of its main attractions, with travelers escaping their colder climes to enjoy the sun, sea and sand that have made it one of Europe’s most popular destinations for travelers.

However, curbs on air conditioning usage aren’t the only recent changes that travelers will have to contend with in Spain. The country has also put controls on the use of heaters – for those rare weeks that shorts and sandals aren’t suitable in the country – as well as introducing a series of strange rules regarding beach behaviour that could be a bit of a minefield for travelers. Here’s everything you need to know about the country’s new air conditioning restrictions, plus a recap of other local rules it would be handy for travelers to know.

For many travelers in Europe and beyond, trips to Spain are a buzzword for fun in the sun, a destination that’s rarely likely to disappoint for sun-seekers and beach bums alike. Parts of Spain that are a hit with travelers, such as Seville, Murcia and Granada, have average daily temperatures in the 90s during the hotter months of the year – temperatures that send travelers running for the respite of the air conditioning unit. However, that could all be set to change.

According to new measures brought in by the Spanish government, the air conditioning in public buildings in Spain will no longer be allowed to be set lower than 27 degrees Celsius (81 Fahrenheit) in the summer, leaving travelers with no choice but to ensure the sticky situation. The move has been made with energy saving in mind, along with the desire to reduce the country’s use of gas from Russia, in line with policies from the European Union.

Whilst travelers will be relieved that the air conditioning restrictions won’t affect them in their hotel rooms, bars or restaurants, they’re sti likely to feel the heat in various different places, such as shops, cinemas, shopping centers, cultural spaces, public transport, airports and stations. Metro systems in places like Barcelona and Madrid can be uncomfortable at the best of times, but peak times at 81 degrees could well be unbearable for travelers.

The country has made several other changes in a bid to further reduce their energy consumption. Public spaces are now forbidden to set their heating systems above 19 degree Celsius (66 Fahrenheit) – meaning travelers may want to pack a scarf and an extra sweater in the cold winter months, particularly in the more frost-inclined North of the country. Businesses have also been told to switch off their storefront lights after 10PM and to keep their doors closed.

However, the proposed changes have been met with fierce opposition. Coming so soon after touristic industries were decimated by Covid-19, there are those who feel such changes send the wrong messages to travelers. Madrid’s regional leader Isabel Diaz Ayuso tweeted that Madrid would not comply with the changes, adding that the proposed changes “generate insecurity and scare away tourism and consumption.” The limits on air conditioning and heating usage are set to run from now until November 1st, 2023, and it remains to be seen if others will fight them.

Spain is also home to several local laws that travelers would be better off knowing before heading to the country. In the likes of Barcelona and Palma de Mallorca, travelers can be fined US $266 for wearing bikinis or going topless outside beaches, whilst going nude at non-nudist beaches could see travelers slapped with a fine of around US $800. Travelers can also be fined for using shampoo on beaches, sleeping on beaches or having a BBQ on the sand.

6 Laws In Spain Travelers Must Know To Avoid Hefty Fines 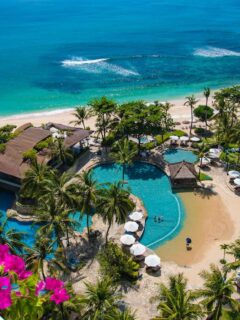 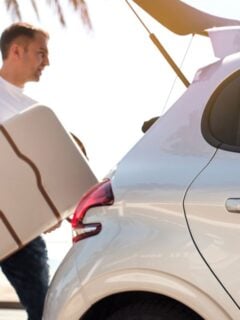 Next
Top 10 Most Expensive U.S. Cities To Rent A Car
Click here to cancel reply.

I feel like Europe is devolving.. not going to Spain anytime soon.