People living in the northeast will soon have more convenient options to get to the charming city of Charleston, with 3 new direct U.S. flight routes from Spirit Airlines. The popular budget airline recently announced that it will be adding nonstop daily routes between Charleston and the destinations of Fort Lauderdale (FLL), Newark (EWR), and Philadelphia (PHL) in April 2023.

Spirit’s low fares will make Charleston a more affordable destination for the Northeast, as well as provide Charleston residents with a convenient option to connect to Fort Lauderdale (FLL), where the airline operates its hub of international flights to destinations in Latin America and the Caribbean.

What Are The Cost of Flights

For a limited time, guests in Charleston, Fort Lauderdale, and Newark will be able to purchase $49 one-way tickets on Tuesdays, Wednesdays, and Saturdays as an introductory fare. The airline will also be offering $39 one-way tickets for the same days between Charleston and Philadelphia, with the caveat that the tickets need to be purchased 14 days before the departure date.

Charleston has been a popular favorite on best-of lists for travel publications. For ten years in a row, Charleston has been voted the best city in America by Travel + Leisure readers and has also scored awards for the best city worldwide. Known for its southern charm and hospitality, there’s a reason why visitors keep returning. As one of the oldest cities in America, you’ll find plenty of history and quaint 19th-century architecture to explore.

There are also plenty of outdoor and water activities, from fishing, kayaking, hiking, and biking, for days you’re not absorbing the live entertainment and award-winning restaurants. One of the best ways to discover the city is on foot, where you can get lost in its cobbled-stoned streets and admire its unique homes that have been influenced by Federal, Greek Revival, and Victorian designs.

What Airlines Fly In And Out of Charleston

The introductory offers will compete with other major airlines that already service these locations. In Philadelphia, American Airlines and low-cost rival Frontier Airlines will be operating services next year, while in Fort Lauderdale – JetBlue Airways and Silver Airways already have existing routes. United will now be facing stronger competition for its Newark to Charleston route since it has traditionally been the only carrier flying between these locations.

What Is The Experience Of Flying Spirit

Spirit has long been a favorite due to its cheap airfares that give other competitors a run for their money. Spirit places 10th in The Points Guy’s 2022 best U.S. airlines list noting its highest performing areas are affordability, while its areas for improvement include cancellations, wheelchair and scooter access, and customer satisfaction.

Recently the airline announced new cabin enhancement with wider seats, new headrests, and added cushions that will be installed on its new aircraft deliveries in January 2023. The airline also boasts the fastest Wi-Fi speed of any U.S.-based airline, with fees starting at $2.99 to browse the web.

If you sign up for a Spirit membership with Saver$ Club fares, this unlocks cheaper fares, but these are only for select days and flights. You will also receive discounts on checked baggage, seat selection, and shortcut security. 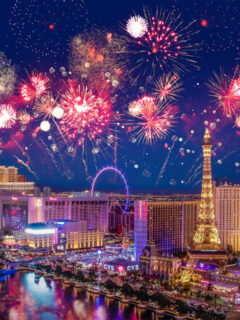 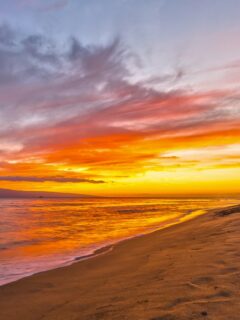 Next
Top 7 Things To Do In Maui This Winter
Click here to cancel reply.