Sweden has become another country to enforce a travel ban on U.S. tourists because of concerns over rising cases of the Delta variant.

The news is frustrating for many U.S travelers and the travel industry on both sides of the pond.

From the 6th of September 2021, Sweden will remove the United States from its safe list of countries.

As a result, U.S citizens will not be allowed to enter Sweden for non-essential travel regardless of their vaccination status.

Sweden has extended the nation’s entry ban for non-EU/EEA travelers until October 31st. Since the start of the summer, the United States has been one country exempt from this ban.

Now Sweden has removed the U.S from its list of safe countries with Israel, Kosovo, Lebanon, Montenegro, and North Macedonia.

However, United States citizens will still be able to travel to Sweden for the following reasons:

Non-essential travel is completely off until at least November.

Although Italy increased restrictions on unvaccinated U.S tourists, Bulgaria has banned all non-essential travel regardless of a travelers vaccination status.

Sweden is following in the footsteps of Bulgaria. At present, Sweden does not have any exemptions based on the vaccination status of travelers from outside the EU/EEA.

But the Swedish government is considering implementing an exemption for fully vaccinated non-EU tourists in the near future.

The Swedish Interior Minister Mikael Damberg stated his intent to create entry restrictions that allow countries with close relationships — such as the U.K and the U.S. — to enter Sweden if they’re fully vaccinated.

Although he did say, “The United States is more complex because different states have different rules.”

The Swedish government hasn’t given any official dates on when this might happen, leaving many Americans wondering if they’ll be able to enter Sweden again for leisure purposes in 2021.

The new guidance states, “Following a review under the recommendation on the gradual lifting of the temporary restrictions on nonessential travel into the EU, the Council updated the list of countries, special administrative regions and other entities and territorial authorities for which travel restrictions should be lifted.”

The European Union also decided to remove Israel, Kosovo, Montenegro, and the Republic of North Macedonia from its safe list.

Germany and the Czech Republic have already had strict entry restrictions on U.S travelers before the EU changed its guidance.

The COVID-19 Situation In The U.S.

COVID-19 cases have grown in the United States over the summer as lockdowns ended in many states. Most of these cases are a result of the growing Delta variant strain which has hindered the world in the previous 4 months.

The U.S is reporting a 7-day average of 163,667. It’s the highest 7-day average since January 2021. However, the U.S does have a high vaccination level, with 53.5 percent of the population fully vaccinated.

Sweden and Bulgaria stopping non-essential travel from the U.S. regardless of vaccination status will worry the travel industry.

Although the world is slowly getting back to normal, travel restrictions remain challenging and constantly changing. 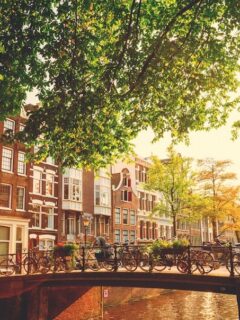 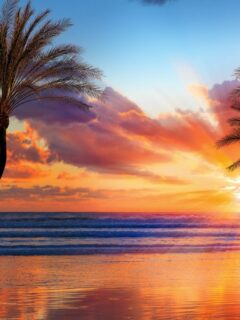 I’m not sure this is correct. The official Swedish travel website says the ban is based on the country you are arriving from. Even if it’s a transit country. If you take a connecting flight through the EEA/EU there should be no issue.

A very high majority of US travelers would be coming from the US. It is a very small percentage of American tourists who can first spend 14 days in an approved country before entering Sweden. In addition to that, sometimes border guards don't understand the rules fully when they see an American passport and we've had many readers report problems, even when using the 'location' loophole all over the world, so for simplicity, we have our title as is.

Me and my spouse were refused from airport although we were vaccinated, obtained COVID negative certificate.Nevertheless we wish to travel to Sweden as soon as travel entry ban waved.

We were planning on going to Sweden for Christmas to see our son and very young Grandaughter. It will be 2 years ago this Christmas that we would have gotten to see them. That's far too long. They haven't been able to travel here and we hadn't been there due to Covid-19. My husband and I are fully vaccinated, would be willing to test and even quarantine. I will be heartbroken, if we don't get to go. We are missing seeing her grow and spending time with both of them.

The US never lifted its travel ban. So, who is the bad guy?

So then why get vaccinated.

@Dennis Mahood, yeah if Sweden is closed with bother getting the vaccine….genius

@Dennis Mahood, because the effects of the virus are worse if you don't have a vaccine. Same reason why you wear a seatbelt even though you can still die when you get in an accident whether you wear it or not. We've known this for a while, keep up

@Dennis Mahood, why not?

I don't know - except perhaps the slight issue that it might save your life....... .

Also, things change in time, and when the US has a lower number of Covid cases, perhaps the vaccinated will be allowed back.

@Dennis Mahood, blame the 40% who did not get vaccinated and the antivax folks