The 8 Most Challenging Things About Traveling In South America

The Trials and Tribulations of Traveling Through Latin America

South America is an astonishing continent. Vibrant culture, astounding natural beauty, and a unique flair all collide, whichever country you find yourself in. But after five months of working my way down its western coast, I can also tell you it can be an unforgiving place too.

I spent the first half of 2022 exploring Colombia, Ecuador, Peru, and Argentina, scaling mountains, exploring the jungle, and getting to grips with the ins and outs of South American culture. It’s been unforgettable, but it’s also left me with a sense of relief at leaving I haven’t felt anywhere else.

South America should be on your bucket list, but being prepared is key to enjoying this vast continent. With that in mind, here are the eight most challenging things about traveling in South America.

Let’s get the elephant in the room out of the way first. Is South America safe? Yes, it can be safe for those taking proper care. With that said, it’s by far and away the least comfortable I’ve felt in years of full-time travel.

Until South America, I’d never seen a mugging before, and I’m lucky enough to never have been pickpocketed or had anything stolen. In my time there, I witnessed two violent muggings in broad daylight, had my own bag slashed, and met countless people who had been held at gun or knife point. There’s no getting around it; crime (and violent crime, in particular) is more prevalent here than anywhere else I’ve been.

Colombia and Ecuador were particularly problematic. I was warned never to wander around with a camera, phone, or anything valuable in sight. We were told never to walk around at night outside of the busy downtown areas and to always get an uber if possible.

Being careful makes it unlikely you’ll fall victim to anything serious, but it’s important not to dilute the fact that crime is far more prevalent than anywhere you may visit in Europe or Asia.

With that said, Buenos Aires in Argentina felt like a massive exception to this rule, as well as Cusco, Peru, where pickpocketing and petty crime pose the only major threats.

Deciding how to get around South America is tough problem to solve. Flights, especially this year, can be expensive with awkward layovers, while the buses are brutally long. Our own experience was a mixed bag. After spending days trying to get the bus from Medellin to Quito, we chose to fly. Every bus option was over thirty hours long and worked its way through some unstable areas. The flights weren’t cheap and had to fly North to Panama City and then back South to Quito.

Other buses in Ecuador and Peru were amazing in terms of comfort. Lay flat seats, good air conditioning, and even snacks made the 20-hour bus journey much easier. Finding the buses, on the other hand, was a nightmare unless using the specific apps. Try to plan ahead instead of booking in person. It’ll save you many headaches.

With that said, there’s no shortage of options in each country. Domestic buses were much easier to navigate and super cheap too.

3. The Climate is sneaky

Complete ignorance on my part is to blame for this challenge. As far as my limited knowledge was concerned, Ecuador, on the equator, was always hot right? False. Sure, down by the beach, the weather is always pretty good. But in Quito, at over 2,000 meters high, it got chilly in April.

Two days later, in the Amazon, I’m sweating. A week later, in Banos, I’m perfectly comfortable. Peru’s northern regions were hot and dry, while Lima was a gloomy 60 degrees. Pick your clothes wisely, and dress for every kind of weather. If you’re exploring the whole continent, you’re going to come up against everything.

If you’ve never been at altitude before, some of South America is going to be a shock for you. Several of the continent’s most prominent tourist destinations and cities are some of the highest settled points in the world.

Ecuador’s capital, Quito, sits just shy of three thousand meters, Cusco is at a whopping 3,400 meters, and La Paz in Bolivia is a breathtaking 3,625 meters. This means it can get super cold in all of these places, but more importantly, it’s going to seriously affect your wellbeing.

Altitude sickness is very real, and it’s not uncommon for visitors to feel a bit sick during their first few days in any of these cities. Even after that, simple tasks like walking up stairs might suddenly seem a little more complicated and leave you short of breath. It’s super important to acclimatize a little and make sure to take a few days before you undertake anything strenuous like mountain climbing.

I learned French at school, so I was coming in blind with regard to Spanish in South America. I did my best to pick up the basics and was getting comfortable ordering things, listening for instructions, using numbers, and other day-to-day lingo.

But then I moved from Colombia to Ecuador, and it sounded like a different language. Then again, from Ecuador to Peru. And then Argentinian Spanish is completely different sounding. Each country and even regions within them have their own variations of Spanish. While these usually only take shape in pronunciation tendencies, like the “double-l” sound, some words and phrases are completely different.

Do your best to read up on a few differences when you visit each one so you can prepare yourself to listen for the nuanced phrasing. They didn’t teach you this in high school, that’s for sure.

Always ask about the drinking water. If there’s no answer to be found, assume you can’t drink from the tap in South America and go for the bottle. Even in some cases, locals may drink it, but their bodies are used to it, while ours may reject it a little.

I was able to drink in some apartments we stayed in, but they were usually fitted with individual filters that allowed us to do so. In other cities, we only used bottled water. It’s tough, especially if you’re inclined to be more environmentally conscious, but you don’t want to be sick on your trip.

A lot of South America is pleasantly free of mass tourism in the way we understand it. While this has its drawbacks in regards to convenience, it makes for a wonderful experience and lets you get a little more in tune with the culture.

But in tourist towns, it’s extremely touristy, and it can be anger-inducing at times. Cusco, where most tourists base themselves for a trip to the famous Machu Picchu, has an economy based on tourism. Because of this, anywhere around the center square is packed with vendors and other tourist-centric salespeople peddling their wares, drugs, or tours.

It’s virtually impossible to walk across Plaza de Armas without being stopped by five or six people selling jewelry, paintings, or even having a baby alpaca handed to you. Sitting at any of the street side tables in a restaurant means you’ll spend a significant portion of your meal waving them away. Don’t make a lot of eye contact, politely decline, and keep walking. Be firm, but try not to be rude, even after multiple solicitations. They are trying to make a living, after all.

In most of the more developed cities, the toilets are great! Even once you get out into the countryside, you don’t need to use squatty toilets too much like in Asia, where it’s the norm in some countries. But public toilets can have an aversion to toilet paper. Some, mainly in tourist spots, will have someone nearby selling by the sheet, but many won’t have any at all.

Having some with you in your bag, especially for the girls, is a great idea to help you out of an icky situation. Also, be very careful with what you flush down the toilet. Many of the plumbing systems in the region can’t cope with toilet paper and require you to toss it in the bin. As much as you might not enjoy it, just do it. You don’t want to be the gringo that clogged the toilet.

South America is wonderful. It was truly one of the best few months of travel we’ve had, as well as the most exhausting. It’ll test you but reward you in equal measure. Just make sure to take a little extra care than you’re used to. 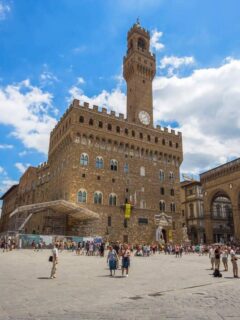 Next
Looking To Save On Your Next Vacation? Don't Stay In The U.S.
Click here to cancel reply.

You should live in SA for a few years to truly experience this wonderful continent. Everything you mentioned is so miner in the big picture.

In regards to safety, Paris and Barcelona have a very high rate of robbery.

@Christian, True. 4 or 5 days in Barcelona: we came across a pickpocketing every day. However, I'm going to Guyaquil and feel very much more insecure about our safety