These 10 Beaches In The U.S. Have The Highest Levels Of Bacteria

A recently released report by the Surfrider Foundation has determined the ten beaches in the U.S. with the highest levels of bacteria. Over 8,500 samples were collected from 478 beaches across the country over the span of 2021. Beach turnout has increased by up to 300% in some states over the last two years, highlighting the importance of maintaining good water quality.

When testing the water from each location, the Surfrider Foundation defined a high bacteria rate as 20% or more of the samples collected from a beach failing to meet state health standards. Many samples that failed to meet health standards came from areas affected by stormwater runoff, such as creeks and rivers, or from beaches near freshwater outlets. According to the report, stormwater runoff is the leading cause of beach shutdowns and advisories in the United States. So which areas are most affected?

10 Beaches With The Highest Bacteria Levels

So, What Does This Mean For Beach Goers This Year?

The report may alarm beach enthusiasts in the U.S., but it does not provide any data outlining instances of health issues related to bacteria levels in the water that was tested. However, according to the EPA, most swimming-related illnesses at the beach are typically not very serious and do not affect long-term health. The most common illness picked up from swimming in bacteria-ridden water is gastroenteritis. The illness can take many forms and typically includes at least one of the following: Headache, fever, vomiting, diarrhea, stomachache, and nausea.

Travelers hoping to hit the sand this summer are advised to check their beach destination’s water quality online before heading out. Other safety measures include avoiding beaches with visible drainage pipes after heavy rain, keeping wounds out of the water, not swallowing any water, and washing hands after playing in the sand.

While certain places should be avoided altogether, such as Nawiliwili Stream, some beach lovers are willing to take the risk in other locations, such as the popular surfing such Linda Mar Beach. As beach visitations continue to increase, travelers should take care to prioritize their health and safety, regardless of the bacteria rate awaiting them. 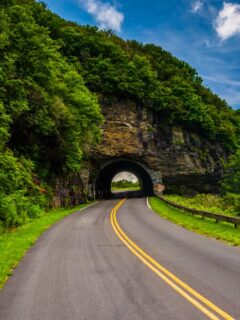 Previous
Here is How Much Gas Will Cost This Summer For The Most Popular U.S. Road Trips 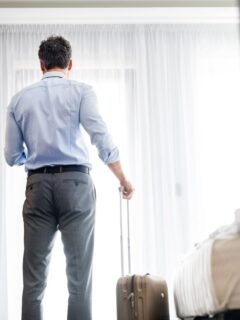