At last, Europe has reopened for restriction-free tourism, but on the downside, prices have shot up in response to an overwhelming demand for travel and the global crisis. From inflated hotel fares to costlier internal flights, visitors should be prepared to spend a lot more vacationing in the continent.

Lucky for them, these 3 beautiful European cities are not only shockingly cheap to visit — they are incredible cultural destinations with a lot to see and do:

Seeing that it’s tucked away in the hinterlands of the Balkan Peninsula, where there are no scenic Mediterranean drives, pebbly Adriatic beaches, or teal-colored oceans to swim at, it’s easy to see how Belgrade, the capital of Serbia, would be easily ignored by globetrotters exploring the region. As you are about to find out, underestimating Belgrade is a gross mistake.

This Eastern gem has a fascinating past, and it’s an important cultural center south of the Alps. Once the capital of a defunct, supranational communist state, it is stacked with monumental sights and world-class museums, such as Kalemegdan, a medieval fortress overlooking the confluence of the Danube and Sava rivers, and the Museum of Yugoslavia.

There’s more: compared to New York, the most expensive city in the U.S., Belgrade is extremely affordable by American standards. Walking the extent of Knez Mihailova, a beautiful pedestrianized street in the center of town with a plethora of shops, restaurants, and bars, tourists will find that prices can be up to 62% cheaper and that their purchasing power is roughly 162.2% higher.

Although it’s Mostar, the small town with the scenic bridge arching over a crystal-clear river that takes the crown as Bosnia’s most famous postcard, tourists should definitely not ignore the History-packed capital of Sarajevo, home to the Latin Bridge, where Archduke Franz Ferdinand of Austria was assassinated, leading to WWI, and a beautiful Ottoman-era Old Town.

Sarajevo also boasts an impressive collection of museums for a medium-sized city, such as the underground Sarajevo Tunnel, where visitors can learn about the Balkan Wars of the nineties, Brusa bezistan, a medieval bazaar, and Gallery 17/09/95, a heart-wrenching memorial to the Srebrenica Massacre, one of the most painful memories of the most recent conflict.

If you’re young and broke, take notes: other than being an intriguing slow travel destination worth exploring for more than just a few days, Bosnia makes for an ultra-cheap stopover on your Europe country-hopping adventure. The proof is in the cost of living: you need only USD $2,171 a month to maintain the same standards of living you would earning USD $7,000 in LA.

Varna may be only the fourth largest city in Bulgaria, often paling in comparison to the country’s capital, the metropolitan Sofia, or the far more ancient Plovdiv, but it’s risen to prominence in recent years as a sunny spot. Sitting on the Black Sea coast, famous for its deep blue waters and dry summer heat, Burgas offers access to sunny crescents and historical sites:

Nessebar, one of the oldest Roman-era settlements in Bulgaria and a UNESCO World Heritage, can be visited as a short day trip. Further up the coast, the aptly titled ‘Sunny Beach,’ an up-and-coming resort zone, is only a half-hour drive away from downtown Burgas. It is a less-crowded, cheaper alternative to Spain’s Costa del Sol, the ever-busy Dalmatia, and so many others.

As one would expect, this far East in Europe, Burgas is a digital nomad fave both due to its incredible weather and remarkably low cost of living: a single person’s monthly expenses total a mere USD $521.52 per month. Additionally, they spend up to 98.1% and 99% dining out and buying groceries, and see their purchasing power boosted by a jaw-dropping 125%.

If you’re struggling in this post-Covid economy, yet you’re still dreaming of a European vacation, these are three of the top picks to consider. Instead of adding Paris, Rome, London, Madrid, Amsterdam, and other capitals in the same league to the same itinerary, perhaps you could pick only two or three out of those and couple them with this selection of budget-friendly, criminally underrated Eastern gems.

While the surging cost of travel is indeed concerning, and for some even prohibitive, it is certainly less pronounced in countries like Serbia, Bosnia and Herzegovina, and Bulgaria. 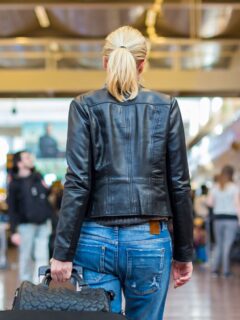 Previous
The 5 Most And Least Expensive U.S. Airports To Fly Out Of 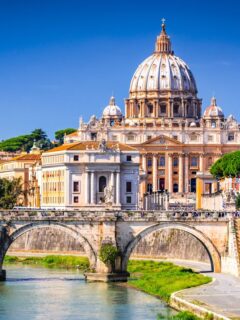 Next
These 6 Destinations Are The Best Of The Best For 2023, According To Tripadvisor
Click here to cancel reply.

I lived in Sarajevo for 2 years and don’t regret a thing. I loved it. Serbia is my favorite country, in all of Europe. My one and only experience with Bulgaria was horrible and I vowed to never set foot in that hellhole, ever again.

It is important to mention that half of Sarajevo's prewar population was Serbian until the Muslim army took control of the city, causing most Serbian citizens to flee. Today Serbs can no longer safely visit their own city, as seen in the recent violence against Serbian students perpetuated by Muslims.