These 7 U.S. Airlines Have The Most Passenger Complaints

It hasn’t been a good year for the airline industry. Summer air travel especially took a beating with flight cancellations and disruptions, and this wasn’t just the result of bad weather. With airline and airport staff shortages, ambitious scheduling, and airlines not anticipating the mass return of travelers, passenger complaints over the past year have racked up.

Upgraded Points, a travel company for maximizing travel points and rewards, has analyzed data over the past year to identify the worst airlines for complaints and has polled to find the complaints that had customers reaching for their phones.

What Are Passengers Most Likely To Complain About?

Upgraded Points conducted a survey and found that flight cancellations and flight delays represent over one-quarter of the most annoying travel inconveniences rated by passengers, with flight cancelations taking the top spot. This should come as no surprise, considering more than 12,000 flights were delayed and hundreds of flights were canceled during the July 4th weekend alone this year. Allegiant Air and Spirit Airlines both had the highest percentage of canceled flights for a singular airline brand, with both canceling an average of 3.7% of flights each month.

The third most likely reason to complain is mishandled baggage, where American Airlines has consistently mishandled luggage the most over the previous months. According to the latest Air Travel Consumer Reports, over 170,000 total bags across airlines were mishandled in September, equivalent to 480 bags for every 10,000 customers.

Travelers then rated being bumped from flights, poor customer service, additional fees, and gate changes as other annoyances.

When it comes to lost baggage, one in five travelers think between $501 to $1,000 is fair compensation, while almost a quarter think this should be more, with airlines providing reimbursement between $1,001 and $3,501.

Which Airlines Had The Most Complaints

Which Airlines Had The Least Disruptions 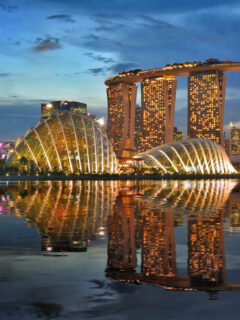 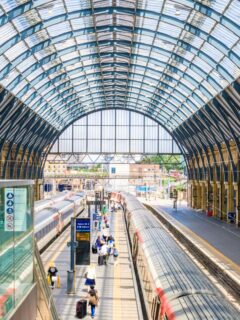 Next
Strikes Planned In These European Destinations Will Affect Holiday Travel
Click here to cancel reply.