Home to savanna forests, paradisaical beaches, and majestic mountains, Africa has a lot to offer to nature lovers and those hoping to escape the Western World, but how actually safe is it to visit? In this article, we bring you the 16 safest African countries for tourists, other destinations that may require extra vigilance, and which ones you should avoid.

Millions of Americans have been bitten by the travel bug and are eager to explore new countries now that Covid has been largely controlled. Interestingly, slow travel and ecotourism are taking precedence over city breaks and multi-destination trips, as nearly 60% of travelers look to ‘totally unplug’ and ‘get back to nature’.

For some of them, the obvious answer is Africa. It is particularly famous for its vast natural resources, and contrary to popular belief, it’s perfectly safe for tourists – for the most part:

What Is The Definition Of A Safe Country?

The United States categorizes different countries between Levels 1 and 4, taking into account not only safety but the internal sociopolitical climate. At Level 1, Americans do not face any heightened threat pertaining to crime, violent demonstrations, or other social disturbances. In Europe, 28 nations have been listed as Level 1, including Portugal, Greece, and Ireland.

In comparison, Level 2 destinations are still relatively safe, but they might have higher crime or scam rates compared to the previous group (Brazil, Mexico, Turkey) or be targeted by terrorist organizations (France, Italy, Germany). Moving down to Level 3, travel is normally discouraged, normally due to increased urban insecurity and/or civil unrest.

Lastly, Level 4 countries should be avoided at all costs, according to the State Department. This status is normally bestowed upon failing democracies, dictatorships, places where consular assistance is limited, demonstrations have led to civil war, death, and other tragedies, and states at war. That is the case with Russia, Ukraine, and Belarus, Europe’s current no-go zone.

With this information in mind, where does the African continent stand in terms of safety?

The 16 Safest African Countries For Tourists

The complete list of Level 1 destinations in Africa, as defined by the U.S. Department of State, is the following:

In total, 16 African nations have made it to Level 1. Among them is the vacation hotspot of Cape Verde, an archipelago off the coast of West Africa and a highly sought-after winter sun destination. The country enjoys a tropical climate all year round, and its pearl-white sand beaches and crystal-clear seas are evocative of the Maldives.

Seychelles, one of Africa’s most developed nations, is yet another insular African country boasting a pristine coastline, breathtaking views, and world-class all-inclusive resorts. Traveling to both Cape Verde and Seychelles, Americans must exercise ‘normal precautions’, though some areas may have an ‘increased risk’.

In Cape Verde, for instance, sun-seekers should maintain a high situational awareness visiting Praia, the capital island, due to crime, though all other islands in the collective are safe for foreigners. Perhaps surprisingly, countries like Angola, Rwanda, and Zambia, and the lesser-known Botswana and Togo, only to name a few, are also relatively safe.

In Angola, Americans are simply advised to be cautious walking in urban areas as ‘crime and kidnapping’ are supposedly common. Still, this does not mean you will be harassed or be a victim of violence staying in Angola – one should bear in mind several states in Mexico have been issued similar travel advisories, and a majority of visits are trouble-free.

Over in Rwanda, where the landmark Nyungwe National Park is located, U.S. citizens are warned to steer clear of the Rwanda-Burundi and Rwanda-Democratic Republic of the Congo (DRC) borders, where armed conflict can erupt any minute due to unresolved ethnic disputes. Other than the border areas, the country is free from danger.

What About The Tourist Hotspots Of Egypt, Morocco, And South Africa?

Separate lists for Level 2 and Level 3 African countries can be found below:

Africa’s leading hubs, including Morocco, Egypt, and South Africa, have all been classed as Level 2 or 3. When it comes to Egypt specifically, a bucket list destination for many due to its pyramids, archaeological zones, and rich ancient heritage, travel should be reconsidered as terrorist attacks can be carried out.

The U.S. expressly discourages its citizens from touring the Sinai Peninsula, except those traveling via air to resorts in Sharm El-Sheikh, the Western Desert, and militarized zones along the borders with the Palestinian territory of the Gaza Strip, Israel, and Jordan. Likewise, Moroccan cities suffer from occasional acts of terrorism.

Below the Saharan divide, on the extreme south of the continent, South Africa is not usually targeted by extremists, but the Department of States still notes crime remains a concern, as does civil unrest. In summary, ‘armed robbery, rape, carjacking, mugging, and smash-and-grab attacks on vehicles is common‘, especially in central business districts after dark.

In spite of the risks, demand for South Africa keeps growing as more Americans become fascinated with the nation’s multi-ethnic composition, recent Apartheid History, and stunning nature. This year, a triangular South African route was launched by Delta, connecting Atlanta to both Johannesburg and Cape Town.

Which African Countries Should Be Avoided?

Out of 54 countries, only 7 are considered off-limits by U.S. authorities, proving Africa is indeed safe, if not moderately:

Unlike the developing nations of Seychelles or South Africa or others in Africa that have experienced more stability in recent years, Level 4 states are plagued by widespread poverty, a low Human Rights score, and incessant political turmoils. Unless their travel is deemed essential, Americans should refrain from visiting all of the above. 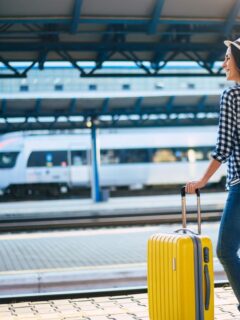 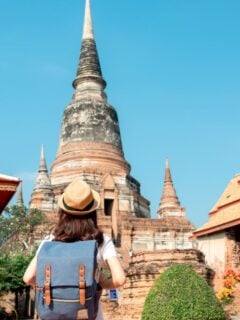 Next
10 Destinations You Should Visit In 2023, According To Travel Experts
Click here to cancel reply.