These Are The 3 Top Cultural Destinations In Europe For 2023

Each year, the European Commission (EC) crowns three distinguished cities in the continent its ‘Capitals of Culture’ (CoC), due to their historical importance, rich tradition and values, and sustainable development. Surprisingly, this year, a group of lesser-known destinations in Greece, Romania and Hungary was selected to hold the title.

Demand for travel to Europe has skyrocketed now that it has fully reopened for tourism and dropped all pandemic-era curbs, as more Americans look for deep cultural immersions and more meaningful experiences when travelng abroad. In fact, exploring historical destinations is one of the top 10 travel trends for 2023, making the CoC triad even more valuable.

So where, exactly, will tourist find the greatest cultural offer in Europe right now?

An Ancient Wonder Of Greece

Elefsina is a coastal city in West Attica, only 11 miles norhwest of Athens, where the Greek mainland meets the island-dotted Saronic Gulf. Despite being often dismissed as an industrial, suburban district of the capital region, and largely ignored by tourists, it is the site of the Eleusinian Mysteries, the most famous religious rite in the Ancient Hellenic World.

Here, Hellenes were initiated into the cult of Demeter and Persephone, and even after customs died out upon the introduction of Christianity at the turn of the last millennium, countless paintings and pottery depicting detailed scenes of the Mysteries have survived. For that reason, Elefsina is regarded as an endless supply of treasures for museums in the vicinity.

When it comes to sights, the main point of interest is Telesterion (temple of Demeter), central to the long-forgotten ritualistic ceremony, and once the largest in all of Greece. Sadly, it’s been mostly flattened following multiple sackings – History is not always kind to sites of this magnitude – but the base of monumental columns, and the fine marble can still be marveled at.

The Imperial City Of Hungary

Overlooking Lake Balaton, the largest in Central Europe, Veszprém is one of the oldest, and most important cities of Hungary. It grew around a 9th-century fortress, crucial in defending the wider county against invaders in the Middle Ages, and was the preferred residence of Hungary’s first-ever monarchs, the beatified St. Stephen and his consort, Queen Gisela.

Even in the present-day, it is called by locals ‘The City of Queens’, having retained its imperial grandiosity. Among the main points of interest, visitors will find well-preserved medieval fortifications, the Bishop’s Palace, renowned for the workmanship of its exterior, and St. Michael’s Cathedral, where famous European composers like Mozart and Beethoven performed.

Within driving distance of the town, Lake Balaton is lined with traditional Hungarian settlements, resorts and guesthouses, water parks and other up-and-coming leisure centers. Temperatures easily rise to 86 degrees and higher from late May through early August, making it a popular summer destination for Hungarians and Eastern Europeans on an extent.

The Crown Jewel Of Romania

The third and last European Capital of Culture for 2023 is the main metro area in Western Romania, and a multicultural hub home to people of 21 ethnicities and 18 different religions. This is hardly surprising, considering Timisoara existed under at least 11 different kingdoms, empires, or sovereign states in the previous five centuries.

Admiring the breathtaking skyline of Timisoara from above, with the serene Timis River traversing its historical center, where church spires and vibrant-colored Neo-Romanian buildings are clumped together, and a complex maze of narrow pedestrinian streets feed into the piata principala, it’s easy to see why the EC would bestow the CoC honor upon it.

Today, the Austrian-Hungarian heritage is most evident, through a vast collection of 18th and 19th-century buildings, the largest in the country, which only add to its architectural splendor. Other than that, it takes pride in being the first city in Europe to be lit by electric lamps, and the starting point of the last Romanian Revolution, when communism was defeated.

Elefsina, Veszprém and Timisoara will maintain their CoC status until the end of 2023, when they are set to be replaced by Bad Ischl, an Alpine village and wellness retreat in Austria, Tartu, the neoclassical gem of Estonia, and Bodo, a Norwegian city in the Arctic Circle. Last year, Esch-sur-Alzette (Luxembourg), Kaunas (Lithuania) and Novi Sad (Serbia) shared the crown. 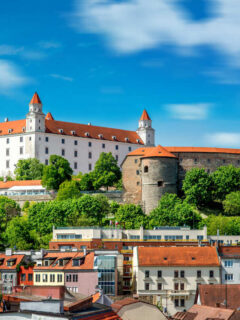 Previous
These Are The Safest Countries In Eastern Europe For Tourists 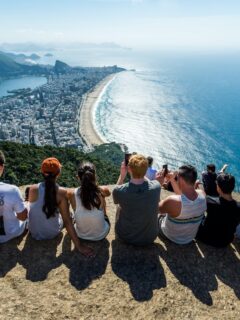 The river crossing Timișoara is Bega, not Timiș.😊