These Are The Top Digital Nomad Visas For 2023

Only a couple of years ago, the number of countries offering Digital Nomad Visas (DNVs) could be counted on the fingers of one hand. Now that governments are warming up to the idea and realizing nomads help boost their economic recovery, the once-limited list is already 45 countries long. But where to go? Where’s more affordable? Which destination has the best weather? How receptive to foreigners are locals?

Based on these concerns, we have rounded up the top destinations offering Digital Nomad Visas for 2023, what long-term travelers can expect moving to these countries, and how exactly DNVs can be obtained:

The Rise Of Digital Nomadism

Digital nomadism is, perhaps, the number one travel trend moving forward, with an entire generation keen on being outdoors and exploring new destinations while still having a stable income. Quicker than we ever expected, authorities are seeing the unexplored potential in young, self-sufficient country-hoppers.

They are occasionally described as long-term tourists, seeing that they stay for a prolonged period of time and are involved enough with the local community to be considered more than mere visitors, but are usually exempt from stricter tax regulations or other rules applying to the usual long-term resident or national.

There are various countries offering DNVs as of 2023, and the number keeps growing, but here we have narrowed down the five best based not only on their vast cultural wealth but also their straightforward visa application process and, most importantly, amazing year-round weather, with winters ranging from tropical to a Mediterranean mild.

The first one on the list is Croatia, straddling the Adriatic Coast of the Balkan Peninsula, part of the Mediterranean basin, and one of Europe’s culturally richest. Croatia has been issuing DNVs since late 2020, famously becoming the first country in Europe to formally embrace the trend and welcome young nomads.

Having existed as a collective of city-states and minor kingdoms, under the rule of several different empires over the centuries, with the coastal area dominated by the Romans and later on the Venetians; on the other hand, the northern half was heavily influenced by the Habsburg Monarchy, Croatia is more diverse than it gets credit for.

You could be strolling cobblestone streets and having gelato in the scorching hot Dalmatia seaside, where the Roman nature of ancient ports like Zadar and Split is still evident, or marveling at the Austrian-Hungarian-inspired architecture of Zagreb and Varazdin, two cities that have historically been Central European in character. It truly has it all.

*Visas are valid for up to two years and may be extended.

Some of the best cities to base yourself in being a nomad in Croatia include:

Traveling further south along the Dalmatian Coast, you’ll hit the tiny country of Montenegro. Although it is very similar to Croatia culturally, having been part of a federation with the latter up until the 1990s, this unheard-of gem does not get half as many visitors, and we cannot understand why.

Being part of the wider Dalmatia, Montenegro’s Bay of Kotor shares the charm of neighboring Dubrovnik, with the same narrow winding alleyways, traditional stone houses, and green window shutters. The fact that it is largely overlooked by tourists also means it normally sees fewer crowds than Croatia, though its popularity keeps growing.

Details about the Montenegrin DNV are still being finalized, but we can expect the visa to launch officially in 2023 once official requirements are set out. So far, the Government has yet to confirm important information such as the financial criteria that must be met, whether taxation applies to nomads, and who is de facto eligible.

Our favorite picks in Montenegro are:

Moving over to the Global South, Colombia has been issuing DNVs since August of this year, and unlike Europe, where stricter rules must be observed, it is probably one of the easiest visas for Americans to obtain, with both a low minimum income requirement and far less bureaucracy. On top of that, who wouldn’t want to move to Colombia?

Home to a beautiful Caribbean coast with numerous Spanish colonial-era settlements, including Cartagena, and the world-class cities of Medellin and Bogota, the country has a lot to offer to those looking to linger a tad longer than the usual three months. Additionally, it is super affordable, making it an ideal destination for nomads on a budget.

The new permit allows remote workers from outside Colombia to stay in the national territory for up to two years initially, as long as their income originates from abroad and they are able to fulfill very simple criteria, as defined by the Colombian Government when they first announced the visa. Those are listed below:

When moving to Colombia on a Digital Nomad Visa, perhaps you should consider the following destinations:

Costa Rica has historically been the leading backpacker destination in Central America, and in recent months it’s taken center stage again in the nomad scene. Moving forward from Covid, both ‘millennials’ and ‘Gen Zs’ have expressed a strong desire to unplug and reconnect with nature, and Costa Rica has certainly been at the forefront of their minds.

Enjoying a year-round warm climate, it has an extensive tropical jungle dotted with untarnished waterfalls and other natural wonders safely tucked away from civilization that provides an escape from the hustle and bustle of the 21st century. Moreover, it boasts scenic, development-free sandy beaches lining both its Caribbean and Pacific coastlines.

Costa Rica’s DNV launched back in July with the easiest rules yet. Hoping to woo young explorers, local authorities have scrapped the usual background checks, proof of income within the next two years, and even face-to-face appointments. Applications are processed online, and visas will be issued immediately so long as the below requirements are met:

Some of our Costa Rica faves are:

You can find out more about DNVs, including which countries offer them and digital nomadism in general, on this link. 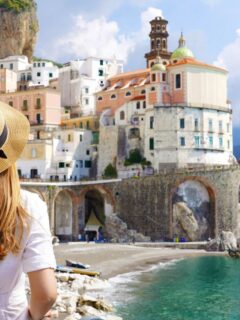 Previous
More Americans Are Applying For EU Passports, Are You Eligible For One? 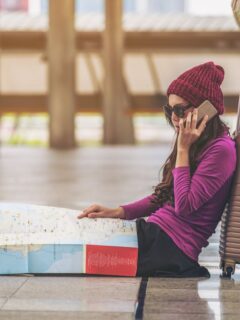 Next
Frontier Will Not Answer Your Call, The Airline Eliminates Telephone Assistance
Click here to cancel reply.

> These Are The Top Digital Nomad Visas For 2023 > Montenegro > Details about the Montenegrin DNV are still being finalized, but we can expect the visa to launch officially in 2023 once official requirements are set out

Lol, who wrote this article? Best Nomad visa in a country that doesn't even have a nomad visa and there's a huge chance that it will not have it at all.

@Alex,Poorly researched article in my opinion. Colombia has onerous tax laws. DNV will attract tax domiciles with inevitable tax liability. Locals and foreigners are leaving Colombia in their droves for precisely this reason. An American paid 9k USD just for living in Medellin and receiving his pension here. I pay a fair amount of tax, too. The country does not shy away from double taxation. The Duque government introduced these draconian tax laws and the Petro government is making matters worse. Buyer beware!!!

Colombia is not safe place 🇨🇴 to live. It’s acceptable as visitor to explore nature lingo and culture but to live it’s too dangerous.

@Eli, Having a RUT in Colombia and a bank account is enough to attract tax liability. You would also have to pay pension and workers' compensation contributions. As for pension fund contributions, you're exempt if you can show you're paying in your country of origin or employment. Enough said!

@Troy, there is a difference between living here and visiting several times a year.

From a person that has lived in Colombia for many years. You do need to be very careful and walking downtown in Bogotá at night is asking for trouble.

It is a beautiful country and very friendly to tourists but don't get it confused Colombia is not very safe.

I encourage anyone to come visit but don't turn off your common sense when you get off the airplane. Most people will be fine by just being cautious. If you do find yourself in a situation remember your phone can be replaced but you can't.

@Eli, @Moreno this is false. Colombia is a very safe place to live. I have been traveling to Colombia extensively over the past 18 months and have never had a problem. Zero. Bogotá is a city of nearly 11 million people. Of course there is crime, but no worse than anywhere else. I have walked alone, at 2am in Chapinero and Usaquén with absolutely no problems. None. It is a beautiful country, very safe and very friendly to tourists and expats.

Costa Rica is very expensive. When does Columbia remove its stupid test? Croatia seems nice place to be. However, why one would be paying the corrupt governments to stay in places you want to live when back in the olden days where people were free to migrate whenever they wish? Control, control, control and no freedom... Tired of this world of fiction/unreal world.

@James, I for one love borders,. It helps force people to deal with there issues than just leave and try to import them to others.