These Are The World’s Most Powerful Passports In 2023

Regardless of where you are from, having a passport holds some kind of power. Passports open the doors for travel, but also provide other important benefits. Powerful passports can provide economic and educational opportunities, as well as access to better healthcare and living conditions. But not all passports are created equal. Passports from some countries simply hold more power than others.

What Does It Mean To Have A Powerful Passport

Access to destinations is ranked using information from the International Air Transport Authority (IATA). Certain passports do not require a visa to enter a country, or a visa can be obtained upon arrival. Those “visa-free” passports are deemed to be more powerful and are ranked accordingly. Passport holders from certain places are required to obtain a visa prior to visiting a destination. The more pre-arrival visas that are needed make a passport less powerful.

Passports hold the power to unlock the doors to the world. Travelers who need to apply for a visa before visiting a destination can have fewer travel opportunities, as visa applications are not always approved or can come with substantial fees. Having a less powerful passport means that one’s global mobility is decreased. People who hold passports from multiple countries have greater access to the world. In fact, it is becoming more popular for Americans to seek dual citizenship with EU countries.

Most Powerful Passports In 2023

The bottom of the list contains 16 passports with 42 or fewer destinations that allow visa-free or visa-on-arrival access. These passports represent some of the most economically and politically challenged locations in the world.

Notable Findings In The Ranking

Henley & Partners has been compiling this index for 18 years. 2023’s ranking has the widest gap between the highest and lowest-ranking passports than ever before.

Additionally, over the past 9 years, the U.S. passport has lost a significant amount of power. In 2014 it was the most powerful passport to have. This year it ranks as the 7th with access to 186 visa-free destinations.

The UAE has moved from 64th place to 15th place in just 10 years, an indication of its growing popularity and economic success.

In addition to compiling the Passport Index, Henley & Partners have also compared the data to information provided by the World Bank. This further research shows the compelling relationship between passport strength and economic power. They have revealed that only 6% of passports have access to more than 70% of the global economy.

For example, the 193 destinations that the Japanese passport can access visa-free represent 98% of the global economy. In contrast, the lowest-ranking passport, Afghanistan, has visa-free access to less than 1% of the global GDP. The inability to access more of the world’s economy only furthers the worldwide wealth gap. 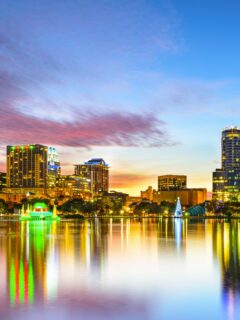 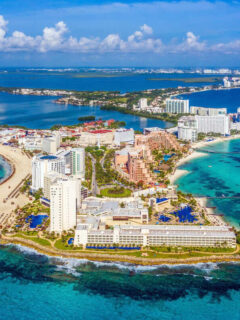 Next
Book Your Trip To Cancun Before March To Avoid This Major Problem
Click here to cancel reply.