The latest to raise its prominence and sharpen its image as a more welcoming destination for travelers in 2023, is Egypt. The FIFA World Cup may have shined a spotlight on Qatar as premium travel destination, but now neighboring countries have been investing in their tourist industry to capitalize on this new wave of tourists looking to explore the Middle East.

Egypt wants to shake its image of just pyramids and pharaohs and become a competitive international destination that offers visitors an array of museums, cultural attractions, fine dining, appealing remote work life, and nightlife to choose from.

The country is currently building a new capital city that is said to cost around $59 billion and will be opening in 2023. The new capital is 28 miles to the east of Cairo and is being built on the desert, a size equivalent to Singapore. It is expected to house 6.5 million people when completed, and the government has committed to allocate 15 square meters of green space per person, with planted greenery twice the size of Central Park in New York.

The city will also have a 1,293-foot tower, which will be the tallest building in Africa, as well as a new theme park that is expected to be bigger than Disneyland, a crystal pyramid, and a presidential palace that is eight times bigger than the White House.

The new city aims to reduce traffic congestion in Egypt’s current capital Cairo by transferring much of its administration population to the capital. This would create a more seamless experience for tourists to get around in Cairo with less congestion, especially as visitors continue to grow at a rapid pace. This year Egypt saw almost 5 million visitors at the start of the year, which was an 85% growth compared to last year, proving that more and more travelers are considering Egypt as their travel destination.

“The shift will make Cairo a far more friendly destination, making it less crowded with expats,” said Kenneth Vásquez Laya to Skift, who is the director of travel agency Egypt Tourism USA. “Cairo is also undergoing a major facelift now with new museums, restoration projects taking place, malls opening, more luxury activities on the Nile for locals and visitors to enjoy. I have a feeling that Cairo will change for the better.”

Egypt has already developed a strong tourism infrastructure, investing in opportunities to help travelers visit the country with ease. “So many sites are getting revamped, conserved, and preserved,” says Egyptologist and National Geographic Explorer Nora Shawki to National Geographic. “Even going to the pyramids is smoother, with electric buses getting you there and more dining and services.”

Cairo’s much-anticipated opening of the Grand Egyptian Museum (GEM) will be arriving in 2023, after being pushed back several times. The museum has been 20 years in the making with an estimated one billion dollars spent to make it the world’s biggest museum of Egyptology.

Just a mile away from the Giza pyramid, the museum’s informational website explains that it will house more than 100,000 artifacts, including all the treasures of King Tutankhamun’s tomb, as well as ancient artifacts representing thousands of years of pharaonic civilization. Designed by Irish architecture firm Heneghan Peng Architects, this ultra-modern creation has been designed to make visitors feel like they were at the king’s funeral procession.

Other new openings include a new luxury mall opening in spring 2023, which will house over 80 luxury boutiques. The Festival Avenue luxury mall has a partnership with Vogue Italia and Vogue Talent divisions to help establish Egyptian designers in the market and help position them on a global scale. 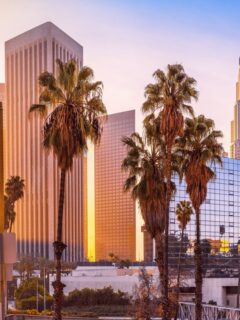 Next
Top 7 Off The Beaten Path Things To Do In Los Angeles For 2023
Click here to cancel reply.