As is customary, National Geographic has released its ‘Best of the World’ listings ahead of the upcoming year. Selecting the top five destinations for a cultural immersion in 2023, the publication included a South Carolina city alongside European and African giants, in a surprising move that could have Old World enthusiasts wondering why it featured at all.

We all know Europe, Africa, and Asia tend to dominate cultural rankings due to their ageless charm, cities that feel like open–air museums, and multitudes of classical monuments. The newly-born United States, and most of its neighbors, all younger than three or four centuries, usually pale in comparison to Italy, Egypt, and China on that front.

This is now changing, as the ‘overly modern’ America finally gets acknowledged for its contribution to the culture – and a Free World, to an extent.

A City Best Known For Its Dark Yet Fascinating Past

The U.S. may not have a Colosseum, limestone pyramids jutting out of the sands in the desert, or a two-thousand-year-old defensive wall stretching for miles on end defining its ancient borders, but it is home to an extensive list of vibrant cities that are centers for the arts, and appear on the bucket list of millions of travelers.

You certainly will not find castles or medieval Old Towns here, but as National Geographic infers, there is one American city on a par with the Eastern Hemisphere when it comes to historical relevance: the small, charming, landmark-packed city of Charleston, South Carolina, established in the year 1670 as a European colony.

Named after a British king, Charles II, and originally populated by a majority of British and Irish settlers, Charleston quickly rose to prominence as a key port in the transatlantic slave trade. Similarly to Eastern Europe, which provided the stage for human catastrophes during World War II, Charleston has a dark – yet fascinating – past.

According to Historians, almost half of all enslaved peoples that were forcibly brought to the modern-day United States from the African continent arrived at the port in Charleston. Naturally, it flourished as one of the largest American cities of its period, monopolizing the slave trade and becoming an affluent settlement.

Some Of The Most Beautiful Colonial Architecture In The United States

Aside from its complex History, which it apologized for back in 2018, Charleston is known for being America’s prime example of a well-preserved colonial center. The municipality has a whopping 2,500 historical buildings in different architectural styles, the most popular being Colonial, Federal, Victorian and Classical Revival.

Its Downtown Area, formally called the Charleston Historic District, marks the city’s old boundaries on a peninsula at the confluence of two rivers, and it looks almost ripped from the pages of a History book. The entire district is classed by the U.S. Government as a National Historic Landmark, mostly due to its vast collection of 18th and 19th-century houses.

A main point of interest in the historic peninsula are the famous Charleston ‘single houses’, described as being narrow residences with long porches surrounding the external structure, almost like ‘exterior hallways‘. In other districts, such as Ansonborough, houses built in the Greek Revival style can be found, as well as Art Deco and Neo-Gothic.

Seeing that it is a major cultural hub in the U.S., South Carolina’s largest metro area has several museums paying homage to its heritage:

National Geographic specifically mentions a new attraction that is opening on January 21, the International African American Museum, symbolically facing Charleston Harbor, where 100,000 enslaved Africans would have arrived. Here, visitors will be able to walk nine galleries where ‘harrowing tales’ of plantation life are exposed.

Additionally, the museum has a section dedicated to the ‘enduring cultural contributions’ the enslaved Africans made to South Carolina, particularly the Gullah Geechee, an ethnic, protected minority now living in both Carolinas and Florida. Besides the future landmark, the magazine also mentions Charleston’s ‘walkable urbanism‘ and ‘Low Country cuisine’.

Other destinations mentioned are the Appian Way, the ancient Roman road traversing the Italian Peninsula all the way to Rome, dotted with historical ruins, Busan in South Korea, a seaside metropolis where prestigious film and art festivals are held yearly, Egypt, which will see the debut of Tutankhamun’s new home, and the intriguing Longmen Grottoes in China. 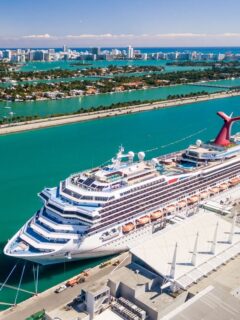 Previous
Why You Should Cruise For Christmas: Top 5 Holiday Cruises For 2022 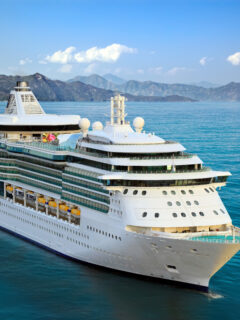 Next
The Cruise Lines That Have Dropped Travel Restrictions (And Which Ones Still Have Rules)
Click here to cancel reply.

A worthy distinction from NatGeo, and long overdo.