This Is The Best Rated City To Visit In The U.K. – And It’s Not London

When planning a trip to the United Kingdom, it’s a given that all tourists will pick London as a starting point. That’s understandable: the English capital is a world-renowned metropolitan hub and arguably Britain at its most diverse. However, it is far from being the country’s top city break. In fact, the best-rated city to visit in the U.K. isn’t even in England.

Whether it’s the bucolic appeal of the English countryside or the medieval charm of centuries-old cities, there’s no denying the U.K. is one of the countries Americans love the most. Due to close cultural and historical ties, it is on the bucket list of a majority of them, alongside France, Germany, and Italy.

Sadly, not all visitors dare venture outside of London, and they might be missing out on one of the U.K.’s most bedazzling crown jewels.

Whether it’s the more traditional Southern England counties of Essex and Kent, where pub culture runs deep, the post-industrial, working-class subculture of Northern England, the mystique of Wales, land of song and dragons, or the Gaelic heartlands of Scotland and Northern Ireland, the U.K. is a fascinating union of loosely related contrasting identities.

One of those ancestral nations within this union, Scotland, tends to be largely overlooked by tourists as England’s less-polished northern neighbor. Yes, it is all one country, and there is only one British nationality, but it still pains us to see how ‘England’ and ‘United Kingdom’ are terms used interchangeably at the expense of other U.K. nations.

The U.K. is so much more than England or just London, and the last opinion poll conducted by YouGov, a data analytics firm based in Britain, has confirmed the popularity of England’s number one city is falling. On the other hand, although it still doesn’t chart within the top five ‘most famous’, the Scottish capital is a definitive winner when it comes to ‘popularity’.

Sitting on the shores of the Firth of Forth and surrounded by hills, Edinburgh is the top-rated U.K. city with a strong lead over London. According to YouGov, 71% of visitors have had a good impression of the ‘Auld Reek’, while only four percent came to realize it wasn’t their cup of tea. Additionally, 99% of surveyed people ‘have heard’ of Edinburgh.

What Makes Edinburgh So Popular?

Edinburgh is perhaps the most compact regional capital within Britain: its Old Town, including the Royal Mile and eerie ‘closes,’ can be fully explored by foot. Boasting a hilltop 11th–century castle where pivotal moments of British History took place and lacking London’s sky-high apartment blocks, it is comparatively more scenic.

Other Great British Cities That Are Not London

The second-best rated York, a city in Northern England famous for its Gothic cathedral, medieval city walls, and Viking heritage, has an approval rating of 70%, only marginally lower than Edinburgh. Additionally, fewer people have heard of it, or 96%. At number three, London’s popularity is a moderate 64%, down from a 72% peak in the second quarter of 2021.

In spite of being the most famous British city, London has witnessed a downward trend in popularity. One may argue it is due to a marked increase of violence across London boroughs in recent years or simply the fact that travelers now favor less-busy destinations, but these are conjectures, and they are not supported by official research.

The entire top 10 most popular British cities can be seen below:

The U.K. Beyond London

Contrary to popular belief, the U.K. can be surprisingly diverse and multicultural. A collective of four historical nations, it boasts an extensive range of regional cuisine, different customs, distinct architectural styles, numerous accents and dialects, and even languages other than English that are native to the land.

As the gateway into Scotland, Edinburgh makes for an incredible introduction to non-English Britain. Being worlds apart from London and its modern skyscrapers, which plant it firmly in the 21st century, it also offers visitors a peek into an untarnished, historic Britain, where the influences of Gothic and the Age of Chivalry are still strong. 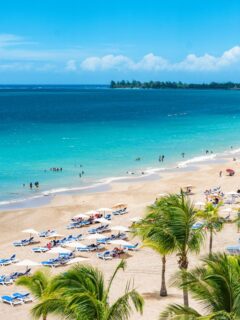 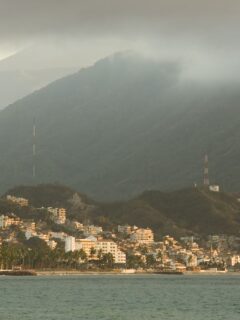