This year, Tulum has been plagued by a surge in violence and corrupt practices, be it shootings or taxis operating on inflated fares. Even then, it has continued to grow as a destination and is expected to host a record number of guests this winter. So why does it remain one of America’s favorite sunny hotspots abroad, despite overtourism and bad publicity?

Tulum is a small town with a coastline straddling Mexico’s world-famous Riviera Maya. Home to an extensive boulevard lined with five-star resorts, it is part of the reason why the country is becoming a major luxury hub. Whether you love it or hate it, Tulum’s days as a budget beach break are numbered.

Ironically, the single biggest threat that could put a halt to the astronomical rise of its tourism sector is itself.

Why Are Tourists Still Flocking Into Overdeveloped Tulum?

Tulum is surely no longer the quaint fishing port it once was about three or four decades ago. Since big brands began battling among themselves for the best spot to build resorts in the area, and over-development saw the arrival of thousands of sun-seeking expats, altering the scene permanently, the Mayan town lost its ‘off-path’ character.

Now, its undercover police officers are patrolling beaches to avoid tourists getting mugged, and taxi fares are higher than Manhattan’s. So how come Tulum is still a trendy place to visit, what with its overcrowding, the media frenzy constantly bringing into question its safety, and the U.S. Department of State’s ongoing scrutiny? The answer is simple:

Tulum is the polished, American-friendly Mexico you’ll find in tourism brochures: amazing hotel amenities, incredible service, sandy beaches extending for miles on end, and a turquoise-blue ocean. Beyond the luxurious facade, it also serves as a gateway to the Mayan sub-world, an ancient civilization preceding Columbus.

The town’s famous postcard, and perhaps Mexico’s second most iconic landmark after the Pyramids of Teotihuacan, is a Mayan ruin perched atop a promontory overlooking the Caribbean Sea. An open-air museum, it allows visitors to trace the steps of the Ancient Mayan peoples who once ruled the land and learn their ways.

Moreover, Tulum’s natural offer is endless: inland crystalline lagoons, cenotes, a complex system of submerged caves the surviving Mayans still hold as holy, tropical jungles, and marine parks. When it comes to social life, it is reputed to be the ‘party capital’ of the Riviera Maya, with some considering it one of the ‘most varied‘ night outs in the Caribbean.

Is Tulum As Dangerous As The Media Portrays It?

Based on the travel preferences of the average American, the benefits listed above far outweigh Tulum’s darker side – that of inflated taxi prices, gang activity in non-touristy zones, and potholed streets. There’s no denying crime and other urban issues occur, but they are certainly not exclusive to Tulum and the Riviera Maya.

The risk of being robbed, or suffering a gun wound vacationing here is not higher than anywhere else in the Caribbean or beyond: we make this claim based on the U.S. Department of State’s own classification of the state as a Level 2 Destination. This same status applies to most countries lying south of the border and even America’s top four favorites in Europe.

Additionally, as we have discussed extensively on Travel Off Path already, these safety concerns tend to be blown out of proportion more often than not. For instance, the Department of State has added ‘kidnapping’ risks to its advisory page on Quintana Roo when this year, a single kidnapping case was reported in the state.

Tulum Is Not Perfect, But It Still Makes For A Fairly Decent Beach Break

In short, Tulum may not be perfect, but it still has appeal among all demographics, from families of four hoping to relax within their hotel’s exclusive beach strip to young travelers looking for adventure. Should it continue on its upward course, it should easily surpass its previous all-time high of two million visitors in a single year.

The Riviera Maya, including Tulum, is currently preparing to receive more than 9 million visitors this winter alone, more than they had in 2019, the most recent pre-pandemic reference year. A large number of those will be using Cancun as an entry point before traveling onward to Tulum, their final destination.

This year so far, more than 70 percent of tourists originated from the United States, proving Tulum’s high costs, which at times can be prohibitive compared to other lesser-known settlements in Quintana Roo, are not driving Americans away. On the contrary: they actively seek to splurge on all-inclusive vacays there. 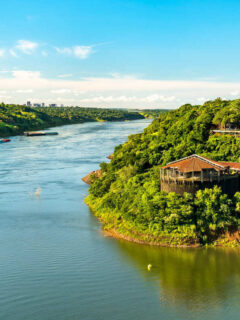 Previous
Now That Paraguay Has Reopened, Here's Why You Should Visit In 2023 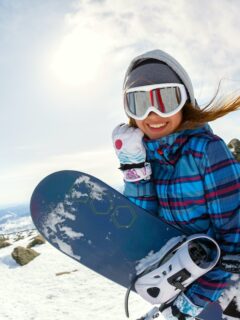 Next
Working From Ski Resorts Is The New Trend Among Digital Nomads, Here’s How They Afford It
Click here to cancel reply.