Ireland is known for its vast Celtic mythology, folk music, rugged landscapes, and lofty castles. Although it might be tempting to stay in the pub sipping a Guinness beside a peat fire, the Irish countryside has much more to offer than just kissing the Blarney stone. So grab your camera and head out the door, you may not find any leprechauns but we’re sure that you will treasure these ten magical sights.

The Cliffs of Moher

The sheer cliff face of the Cliffs of Moher on the west Clare coast might be better known to some as the “Cliffs of Insanity” from The Princess Bride or the “Horcrux Cave” from Harry Potter. These spectacular 700ft cliffs are a common filming sight and the star of The Burren UNESCO global geopark. On a clear day, you can see the Aran Islands, Galway Bay, the Twelve Pins, and the Maum Turk mountains in Connemara from the top of the cliffs.

A short ferry ride from Doolin, The Aran Islands are famous for their Celtic ruins and natural wonders. The largest of the islands – Inis Mór – is home to the historical Dun Aonghasa medieval fort, overlooking the dramatic 300 ft cliff edge. To get the most out of your experience, rent a bike and cycle along the path between ancient rock walls and church ruins. Follow the mysterious trail of painted red arrows to find the “wormhole”, a naturally rectangular rock pool carved by the waves into the foot of the cliff.

The crown of Downpatrick Head, near Ballycastle, is the colossal rock stack known as Dun Briste or the “Broken Fort” in Gaelic. The 150ft tall rock formation was once part of the mainland but now it stands solitarily out at sea. There are many myths and folklore which speculate on how this came to be, some say it involved a great ogre while others claim that it was the doing of St. Patrick himself!

Along the Ring of Kerry, you will find the Gap of Dunloe. This scenic valley lies between the tallest mountains in Ireland and is named for the winding river Loe which runs through it. This can be quite a popular tourist attraction, so if you would like to get a good picture, skip the tour bus. Instead, you can hike the 14km trail, cycle along the river, or even enjoy the view on a horseback tour.

The largest mountainous area in Ireland, the Wicklow Mountains, can be found just south of Dublin. The mountains themselves are beautiful and a great location for hiking – especially the trail around the Lough Bray Lake – but the surrounding area offers outdoor activities for the whole family. Try your hand at skeet shooting and archery in The Orchard Center, or falconry at the National Birds of Prey Center for an experience you will never forget.

These unique islands south of County Kerry are renowned for their archeological and ornithological wonders. Choose from two of the exciting tours available to explore the islands and surrounding area. The Eco tour enables you to sail around both the Skellig islands and admire the gannet colonies and historical sites. Meanwhile, on the Skellig Michael Landing Tour, you can embark onto the island and explore the ancient monastery, as well as a filming location for the newest Star Wars trilogy.

Home to the chandelier-like 23ft stalactite -the largest in all of Europe – the Doolin Cave is an intriguing adventure for your Irish getaway. Take the cave tour to learn about the history and significance of the magical cave. Then stroll along the nature trail to see some of Ireland’s more beautiful wildflowers, sheep, and pygmy goats.

The Blasket Islands are an archipelago of seven islands, branching out into the North Atlantic from the Dingle Peninsula. The towering Cathedral Rocks which are found on Inis na Bró, resemble the outline of a beautiful Gothic Cathedral. Take a boat tour out to the rocks and keep an eye open for whales, seals, dolphins, and orcas. The islands provide shelter and are known to be one of the best places in Ireland for spotting marine life.

It wouldn’t be a true trip to Ireland without at least one trip to a castle ruin, and our favorite is Dunluce Castle. This 16th-century castle ruin is surrounded on three sides by steep cliffs overlooking the wild ocean. If you follow the steep steps down beneath the castle you will find the “Mermaid Cave” leading out into the sea. Don’t forget your camera for this incredible photo opportunity.

Although technically this attraction is in Northern Ireland (territory of the United Kingdom), we just could not overlook the Giant’s Causeway on our list. The famous natural rock formations of curiously interlocking hexagonal columns are not to be missed. They are the result of volcanic fissure eruptions though they play a prominent role in much Celtic folklore. Wander along the cliff-top trails, admire the “Giant’s Boot”, and make a wish in the “wishing chair” for good luck.

The Best Travel Apps For Your European Vacation 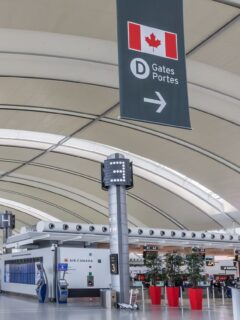 Previous
What American Tourists Will Need To Enter Canada On Monday 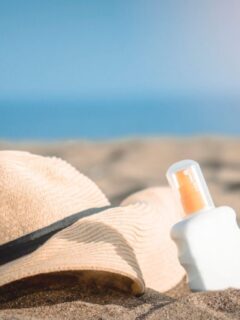 Next
Thailand Bans Use Of Sunscreen At Its National Parks
Click here to cancel reply.