Top 5 Things To Do On A Day Trip to Guanajuato, Mexico

Mexico is a quick and easily affordable getaway, and Guanajuato is a stunning colonial city with something for everyone. Discover one of the most beautiful cities in Mexico, and it might just turn out to be your next favorite vacation spot.

Considered a World Heritage site by UNESCO, Guanajuato’s historical center has beautiful cobbled streets contrasted by green and pink sandstone churches and colonial buildings. From numerous museums and galleries, you will be guaranteed the most impressive sights. Keep an eye for the Juarez Theater, a monumental building adorned with Doric columns; you won’t be able to miss it. Built in the 1930s, it remains an architectural wonder for the world to admire. Next, visit the Alhondiga de Granaditas Museum, a former grain storage building used as a fortress in Mexico’s War of Independence. Another popular spot is the Callejon del Beso or Alley of the Kiss, and as the legend goes, you must kiss your partner on the narrowest part of the third step to ensure fifteen years of love and prosperity.

A little-known fact is that Guanajuato is filled with colonial labyrinth paths, tunnels, alleys, and secret passages. Every corner has a legend, and many of its cobbled streets have mysterious exits built in another era. Most of these hidden cobbled passageways are almost always underground, making this the perfect city to get lost and learn an essential part of Mexican history. The network of tunnels was built originally for the city to survive in case of river floods. The most famous tunnels to visit are El Pípila, El Minero, La Galereña. The most emblematic underground street is Miguel Hidalgo which is also the busiest.

Basilica of Our Lady of Guanajuato

This unique structure celebrates Guanajuato’s Catholic faith and was sponsored by the area’s miners. Located at the heart of Guanajuato, its construction began in 1671 and was completed 25 years later. Elevated to the category of Basilica in 1957, it boasts an impressive dome that stands out from the rest of the structure. With three entrances, a three-level bell tower, and another Churrigueresque style tower, it symbolizes the splendor and boom of Guanajuato. The relic is the seventh-century statue of the Virgin of Guanajuato. Painted a powerful shade of yellow with wine red detail and a domed roof, this color scheme is also used on other religious buildings in the city, but none are as impressive as the basilica. This monumental building is the largest in the city.

The Mummies of Guanajuato

When you hear the word mummy, you are automatically transported to Egypt. However, one of Guanajuato’s main attractions is the Mummy Museum. During a cholera outbreak in 1833 that led to numerous deaths and burials, the city’s cemetery was overflown. The local government attempted to collect a perpetuity tax decades later to keep the remains of the deceased in the ground. When the government started to exhume bodies, they were surprised to find they were well preserved, so they put them on display in the hopes that their family members would pay such tax. When word got out, the cemetery became a tourist spot for curious visitors. With the increased popularity, the government decided to move them from the cemetery to a museum. They are part of pop culture, portrayed in television series and movies from the sixties and seventies.

The Guanajuato Funicular is a tourist attraction that draws many visitors. This spectacular panoramic tour shows the city from an incomparable perspective. Two small carriages are connected by a steel cable so that as one carriage lowers, it counterbalances the other, aiding the lifting. The ride up has excellent views of central Guanajuato, but the views from the upper viewing platform are better. On the upper station, you will find the monument to El Pipila, which celebrates a hero from the Mexican Independence War. His brave actions achieved the first victory of the Mexican Independence struggle, and for that reason, he stands on the best vantage point of the city. The best time of the day to visit the statue, the viewing platform, and the Funicular is just before the sunset. At this time of day, Guanajuato can be viewed by daylight and then watched as the lights come on over the city.

Do not delay your journey to this magical city. Guanajuato has so much to offer, even if people do not necessarily hear about it. It could be your secret gem that makes for a beautiful vacation spot in Mexico. 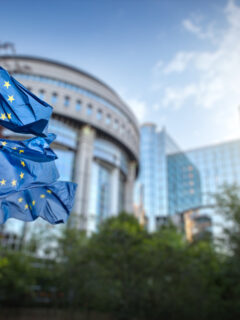 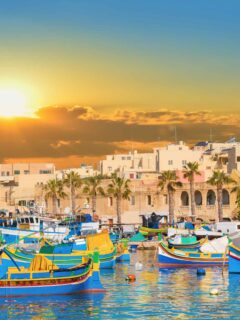 Next
Malta Reopens To Tourists From 40 U.S. States
Click here to cancel reply.